Inside ICAS: February update from the Office Bearer team

“I have thoroughly enjoyed my year as President of ICAS and the opportunities it has provided me to help oversee the effective management and direction of the Institute’s affairs. If you are interested in getting involved with ICAS a great way to do this is through a role on Council. There are currently two Electoral Area seat vacancies and one open seat vacancy. If you would like to consider standing for election to these Council seats the nomination period closes on Friday 15 March."

“For the latest instalment of the CA Agenda Podcast which was released earlier this month, I appeared as guest host and turned the tables on regular host Indy Hothi CA. I interviewed Indy about his humanitarian work, his year as Vice President and keeping active during lockdown. Listen to the episode on icas.com to find out more about Indy’s passion for social and humanitarian causes and where his fascinating career has taken him.”

“I’m really pleased about the ongoing training partnership commitment which was agreed in February between ICAS and EY. It means the continuation of the great collaboration we have built over many years of teaching EY trainees. As one of the global leaders in accountancy, business and finance, I’m delighted that ICAS will continue developing the next generation of talented CAs who contribute to EY’s success.”

Our webinar series continues to prove popular with an audience of 117 delegates from around the world joining our recent ICAS Insights webinar on The business of food and drink. It brought together leading CAs for a thought-provoking conversation on the future of the industry and the impact that Brexit, climate change and COVID-19 will have. Almost 200 attendees joined our February Ask ICAS webinar on Making Tax Digital for Corporation Tax. In case you missed them, you can watch these webinars and more on the Webinar Hub.

February saw the launch of our paper which delves into the tapestry of reform which might recalibrate the corporate ecosystem. The paper explores how various recommendations from the BEIS consultation reviews might be combined to deliver reform of UK Public Interest Entity companies (PIEs).

We responded to five government consultations in February, including the FRC Discussion Paper on the Future of Corporate Reporting and to IAASB's consultation on fraud and going concern in the audit of financial statements.

Following Member feedback, ICAS wrote to HMRC seeking clarity on SEISS grant counts. Confirmation has been received that guidance on this matter will be issued. COVID-19 has given rise to issues around whether certain benefits are taxable and discussions between ICAS and HMRC around these issues have continued in February.

That’s all for this month’s round-up. Look out for next month’s update towards the end of March. 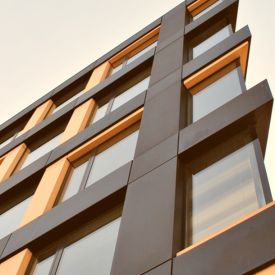 Inside ICAS: December update from the Office Bearer Team 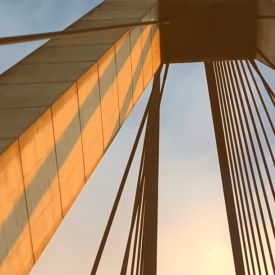 Inside ICAS: January update from the Office Bearer Team