The ICAS Charities Panel has responded to its online Scottish charity law survey.

Plans to reform aspects of the Charities and Trustee Investment (Scotland) Act 2005 have been in abeyance due to the COVID-19 pandemic. In 2019, an initial consultation with proposals largely focused on strengthening the powers of the Scottish charity regulator (OSCR) marked the beginning of this process.

Changes to the 2005 Act may be some months away but this survey demonstrates that charity law reform remains on the Scottish Government’s agenda.

Proposals consulted on via the survey are on the following topics:

The publication of trustees’ annual reports and accounts

OSCR currently publishes or provides links to the trustees’ annual reports and accounts of charities with an income of over £25,000 and all Scottish Charitable Incorporated Organisations (SCIO) regardless of size.

As OSCR has no statutory requirement to publish these, data protection law requires OSCR to redact some personal information, which is a resource intensive exercise.

A statutory requirement to publish the annual reports accounts of all Scottish charities would increase the transparency of the sector and should enable OSCR to publish these without redaction. However, care still needs to be taken to ensure that certain information is not published; for example, sensitive information which could place persons at risk or personal information such as original signatures which could be forged.

ICAS has made some recommendations around the preparation and filing of trustees’ annual reports and accounts which will reduce or potentially eliminate the need for OSCR to redact any information.

The pandemic has also highlighted the need for guidance from OSCR around the signing of annual reports and accounts, including in relation to filed accounts. We have made a recommendation to this effect in our response to the survey.

At present, the Scottish Charity Register records the principal office of the charity or the name and address of one of its trustees.

The Scottish Government is proposing that OSCR establishes a new register of trustees to provide valuable and relevant information to support OSCR’s regulatory activities. The proposals include:

We are broadly supportive of these proposals.

Criteria for the automatic disqualification of individuals in senior management positions

It is likely that individuals performing specific roles, namely the Chief Executive Officer and Chief Financial Officer, will be caught by these proposals. The ability for OSCR to automatically disqualify a senior manager would relate to the role performed and not the individual’s job title.

We broadly support this proposal but legal provisions would need to framed in a way that OSCR could not be construed as acting as the employer. We have also recommended that consideration is given to including individuals in the Chief Operating Officer role.

A power for OSCR to issue positive directions to charities

OSCR has legal powers to issue specific types of direction to charities and charity trustees. Most of OSCR’s powers are preventative, requiring charity trustees or others not to take particular actions. OSCR cannot direct charity trustees to take a specified positive action to remedy non-compliance or protect charitable assets.

We believe that these powers should be sufficient to address the issue of late reports and accounts. However, there may be extenuating circumstances which result in a continued failure, such as the loss of records in a fire, so some understanding of the circumstances should be considered before treating such a failure as trustee misconduct.

Charities to have and retain a connection in Scotland

For a charity to be registered in Scotland, an entity must have wholly charitable purposes and provide public benefit, but there is no requirement for the entity to have any connection to Scotland (with the exception of SCIOs). This means that OSCR may be compelled to register a charity that meets the charity test but has no activities in Scotland and no trustee connection with Scotland.

We comment that clarity could be provided by setting specific criteria which would enable OSCR to refuse registration or remove from registration any charity which does not have ‘a connection to Scotland’. In addition, we set out in our response what the criteria might be.

Before any changes are made to the 2005 Act to require all charities on the register to have ‘connection to Scotland’, we recommend that draft provisions are considered alongside the requirement for cross-border registration i.e. the requirement for a charity based elsewhere in the UK which has a presence in Scotland to register with OSCR.  This is to ensure that both these requirements are mutually compatible.

An element of future proofing should be considered within the definition for ‘connection to Scotland’. A charity’s presence can be ‘virtual’. Through the use of digital technology a charity without a physical presence could have Scottish beneficiaries or potential Scottish beneficiaries. However, the definition should not be cast so widely that any charity with a digital presence anywhere in the world could claim to have a ‘connection to Scotland’.

It is likely that the proposed changes to the 2005 Act to strengthen OSCR’s powers will be made but the timing of these changes remains uncertain.

We highlighted specific changes which are needed to the 2006 accounting regulations in light of experience, and we believe a post-implementation review is required to establish whether the 2005 Act as a whole is working as intended. No such review has been undertaken since the Act came into force in 2006, so a post-implementation review is required as a matter of good governance and good practice. 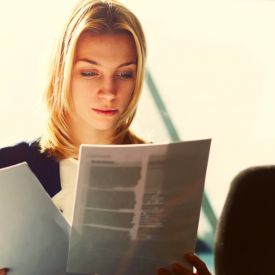 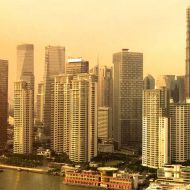