ICAS has responded to the International Auditing and Assurance Standards Board’s (IAASB) discussion paper ‘Fraud and going concern in an audit of financial statements’.

ICAS was supportive of the IAASB for undertaking this initiative in these important areas. However, as is noted in the discussion paper, the IAASB can increase what it requires of auditors in the areas of fraud and going concern, but it cannot narrow the expectation gap alone. The primary responsibility for preventing and detecting fraud rests with directors as it does in relation to assessing whether an entity is entitled to make use of the going concern assumption as the basis for preparing its financial statements.

The IAASB, however, only has direct influence over matters affecting auditors and therefore what can be included in auditing standards or guidance. A holistic approach requiring efforts from all the actors involved in the financial reporting ecosystem is essential if fraud and going concern are to be appropriately addressed. However, issues such as the lack of global standards on corporate governance do bring challenges in that regard.

Additionally, all of those involved in the corporate governance chain, including auditors, should have strong speak-up, listen-up, whistleblow programs in place that both encourage and protect those who make reports. Speak-up lines encourage matters to be flagged at an early stage which can prevent them from escalating into something far more serious.

ICAS also highlighted that a strong focus by management and those charged with governance on having an effective system of internal controls over financial reporting can also play a key part in seeking to mitigate the risk of fraud occurring within an organisation. Therefore, there is merit in jurisdictions considering whether they should impose requirements on directors to attest as to whether the entity concerned does have an effective system of internal control over financial reporting. Consideration would also need to be given to the potential involvement of the auditor, if any, in such attestations.

ICAS also highlighted that the recent approval by the IAASB of its quality management standards and the revisions to ISA 315, which include a more robust and consistent risk identification and assessment, will help to narrow the performance gap. In relation to the use of forensic experts, ICAS is not convinced that this should be mandated on the audits of public interest entities.
However, consideration of their use by auditors in specific circumstances could be more prominently highlighted in the ISAs but their use should be left to the professional judgement of the auditor. ICAS also highlighted that technological advances, including increased usage of data analytics will also help auditors to enhance their respective fraud detection capabilities and further develop professional scepticism.

On going concern, ICAS noted that more could be required of the auditors in the shorter term. However, like fraud, a holistic approach would be preferable with more being required in the first instance of directors. This would then provide a better foundation from which to build additional requirements for the auditor. Some stakeholders clearly believe that an auditor is providing a guarantee as to the continued existence of the audited entity, which can never be the case.

Admittedly, part of the problem lies in the content of the accounting standards which present a low hurdle for an entity to be classed as a going concern, yet there is a high bar for directors having to disclose any “material uncertainties”. There is also a limited awareness of the language of going concern. Merely adding to the obligations on auditors would not address this expectation gap.
The focus of the IAASB is on going concern. There is evidence that stakeholders are also looking for more information on the long-term viability of a business. That is why we are strongly supportive of the resilience statement approach as recommended by Sir Donald Brydon in the UK. This incorporates and builds on the Going Concern and Viability Statements and would greatly improve transparency and avoid surprise failures (it is impossible to avoid corporate failure completely).

The tiered outlook would address one of the criticisms of the current viability statement regime, whereby corporates may have taken an overly short-term view in their assessments, with a three-year outlook being prominent. However, we would caution that this is a complicated and developing field. The last 12 months have reinforced some of the practical difficulties that boards will encounter trying to predict the speed of change, and the impact of yet unknown future scenarios and external threats. 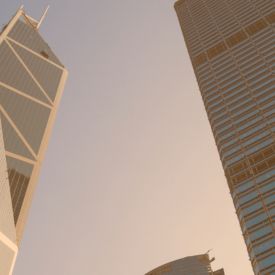