Inside ICAS: December update from the Office Bearer Team

“This month we published the key findings from ICAS’ recent equality and diversity survey (now named the 'EDP survey'), which all Members were invited to participate in. The survey results provide rich insight and indicate areas that need to be a real focus of our attention. Feedback has highlighted experiences of discrimination in our profession, revealing that there is much work to be done to create a more diverse and inclusive culture within our organisations. I know that ICAS and the ED&I Committee will use the insight from this research to drive forward their work in 2021 and beyond.”

“As we reach the end of the year, it’s staggering to learn of the volume of webinars ICAS has delivered for Members over the past nine months. There has been a total of 73 webinars, with nearly 9,000 attendees joining live, and many more watching on-demand. Now is a good time to catch-up on what you’ve missed via the webinar hub. If you have a chance you can even meet myself, Catherine and Indy in our introductory webinar ‘meet the ICAS Office Bearers’ held back in June.”

"Our latest CA magazine, which will take us through December and into January, provides an interesting read and the positive message that ‘this year’s challenges can be next year’s opportunities’ is a helpful way to begin thinking about 2021. It’s a time to look ahead, but there is much we can learn from 2020 to improve what we do going forward. I’d encourage Members to take a look at the magazine, for insight and inspiration."

At the end of November an ICAS Special General Meeting was held online. Members were asked to vote on a range of resolutions including the final recommendations of the comprehensive Governance Review. All resolutions were carried, delivering a clear mandate from ICAS Members that will allow us to continue our journey to becoming a future-looking, inclusive, 21st-century professional body.

ICAS joined forces with Accounting for Sustainability (A4S) to issue a statement highlighting climate change risk and how it should be reflected in financial reporting. The Accounting for Sustainability Annual Summit took place over two weeks and ICAS attended the plenary session with an address from HRH, The Prince of Wales, and Ban Ki-moon, former General Secretary of the UN.

Other highlights from our policy and influence work include:

We held our last webinar of the year in the first week of December – ICAS Insights: Risk, resilience & sustainability. Our speakers discussed the importance of corporate resilience and how companies can embed sustainability within their strategy, scenario planning and corporate reporting.

Other webinars held in our ICAS Insight series include CAs can be a force for good. Held on 24 November as we celebrated the fifth anniversary of the Power of One, the webinar provided an opportunity to reflect on what has happened in the last five years and explore recent and forthcoming changes to the Code of Ethics.

We also held a Bank of England Update on 25 November, when the Bank of England Agent for Scotland, Will Dowson, gave an ‘off the record’ briefing on the economic outlook, followed by a Q&A session. And on 2 December the ICAS Grampian Area Network hosted a webinar with Robert Gordon University, exploring ‘Accounting for crypto’.

Our weekly Ask ICAS series has included the following webinars, also available to watch on demand:

Also, this month a meeting of the UK and International Area Network Chairs was held to share best practice. There was representation from all five UK Networks as well as Singapore, Hong Kong, Cape Town, Johannesburg, New York, New Zealand, Jersey and Guernsey.

Seventeen out of eighteen university accreditation reviews have been completed for accredited universities against the new ICAS syllabus. The remaining university review will be completed before the end of the year.

We also held exams on the new syllabus for TC (Test of Competence) for 750 candidates on MIT (Management Information and Technology) and on TC Finance for 750 candidates. TC results were issued to 3,000 Students at the start of December.

ICAS also delivered a Young Enterprise Scotland lecture to schools across Scotland in an ‘Introduction into Managing Finances’.

That’s all for this month’s round-up. Look out for your first update of 2021 towards the end of January.

Listen to the episode 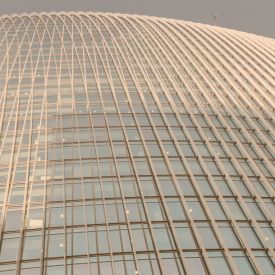 Inside ICAS: November update from the Office Bearer Team 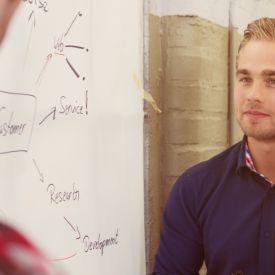 ICAS Insights: In conversation with the ICAS Office Bearers

Catch up on the ICAS Insights: In conversation with the ICAS Office Bearers webinar.