CCAB has published draft guidance for those providing insolvency services in the UK, on the prevention of money laundering and the countering of terrorist financing. The supplementary guidance is pending approval from HM Treasury and is therefore presented as draft. It is not standalone guidance; it should be read in conjunction with the CCAB's Anti-Money Laundering Guidance for the Accountancy Sector.

From 4 November 2019, all Protected Trust Deed communications with the AiB and related processes must be done via the ASTRA case management system. This was announced by the AiB in a Dear Trustee letter in March 2019.

The Debt Arrangement Scheme (Scotland) Amendment Regulations 2019 (the Regulations) came into force on 4 November 2019. The changes were considered in detail in a previous article and a follow-up article has also now been produced following clarification on some key points.

In anticipation of the Regulations coming into force, the Accountant in Bankruptcy (AiB) has developed a series of letters, legislative summaries and forms to help stakeholders better understand the changes to DAS.

To further assist, the AiB has organised awareness sessions in Edinburgh and Glasgow on 12 and 15 November respectively. The sessions will update those directly involved with DAS, view system updates, talk through processes and address any concerns.

The ICAS Court Reporter Pack has been significantly updated following consultation with ICAS members and the Auditor of Court. The pack provides a detailed work programme, updated styles of reports for both Sheriff Court and Court of Session procedures, an explanatory note on the work of a court reporter and an engagement framework.

An accompanying article, which looks at the developments in more detail, has also been published.

The AiB has published the third edition of its ‘Supervision Standard’ newsletter. The edition contains articles on:

The AiB has published the latest issue of their PTD Bulletin.  Included in the edition are annual statistics, details of numbers of ASTRA users and a policy update.

The Insolvency Service has updated its guidelines for the monitoring of volume individual voluntary arrangement and protected trust deed providers with the aim of ensuring greater consistency in monitoring. The guidelines are produced in acknowledgement that such providers operate business models that differ considerably from the ‘traditional model’ associated with practices dealing with a variety of insolvency appointments.
The guidelines define a volume provider as a firm that controls greater than 2% of the total market (including new and existing cases), or 10% for PTDs, or greater than 2% of new cases over a three-month period.

R3 has published a guidance note which considers the main issues surrounding pensions (and other employee benefits) as they apply to an insolvency practitioner (appointed over a company), and seeks to assist in identifying and dealing with these issues.

It is the intention of the AiB to award a new Framework for Sheriff Officer/Messenger-At-Arms Services. It is expected that this framework will be used by the AiB, Student Awards Agency Scotland (SAAS), Social Security Scotland and Revenue Scotland.

Since November 2017 the AiB has used the Sheriff Officer/Messenger-At-Arms framework awarded by SAAS. This framework is due to end in February 2020.

The Invitation to Tender is accessible via the Public Contracts Scotland website. The deadline for responses is 5 November 2019 at 12 noon.

The Pension Schemes Bill (the Bill) had its first reading in the House of Lords on 15 October. If approved, section 114 of the Bill will insert a new section 80B into the Pensions Act 2004. This will give the Pensions Regulator power to issue a fine of up to £1 million to any insolvency practitioner who knowingly or recklessly provides information to the pension trustees that is false or misleading,

Gary John Cook against the Accountant in Bankruptcy
The Sheriff at Glasgow has concluded that any payment(s) to a debtor from an approved pension arrangement is income which vests in the debtor for the purposes of section 85(1) of the Bankruptcy (Scotland) Act 2016, irrespective of the level of that sum or the regularity of the sums drawn or paid.

Judgment of Sheriff Murray in the Summary Application by the Accountant in Bankruptcy in relation to the Sequestration of Frank James Docherty
In a rare Summary Application under the provisions of section 1A (2) of the Bankruptcy Scotland Act 1985 (as amended), the AiB requested that Mr Docherty’s Trustee be censured and ordered to compensate the sequestrated estate as a consequence of alleged breaches of duty. 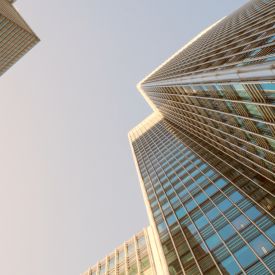