The Debt Arrangement Scheme (Scotland) Amendment Regulations 2019 (the regulations) come into force on 4 November 2019. Steven Wood takes a final look at the regulations following clarification on some key points.

Following several evidence sessions, the Scottish Government’s Economy, Energy and Fair Work Committee (the Committee) recommended that the regulations be approved by a narrow margin of five votes to four.

The regulations will amend the Debt Arrangement Scheme (Scotland) Regulations 2011 (the 2011 regulations) and the main changes were considered in detail in a previous article.

The changes that sparked most discussion and threatened to derail the introduction of the regulations altogether, surround the revised fee-charging arrangements. Regulation 4 introduces a fixed statutory administration fee for payment distributors (PDs) of 20% of the sum due to be paid to a creditor. This fee covers the costs of both money advice provision and payment distribution services and provides that the continuing money adviser (CMA) may not charge the debtor a fee for the adviser’s services.

The regulations therefore remove all up-front and ongoing costs with the intention of ensuring that access to DAS is free for all, with the costs entirely borne by creditors, and operates on a level playing field regardless of who is acting as a CMA or PD.

The 2% fee levied by the AiB for the costs of dealing with DAS applications and variation requests is retained. As a result, creditors will receive 78% of the original debt through a debt payment plan (DPP) under DAS, where that plan completes fully.

Prior to the passing of the legislation the AiB maintained that they would act as a PD ‘of last resort’ where a CMA is not able to provide this service or unable to enter into a commercial agreement with another PD. For cases where the AiB is acting as a PD it will charge the statutory administration fee of 20% for this function. The AiB would provide the PD service on a ‘cost only basis’, with any surplus generated from fees being used to support the free debt advice sector.

A consultation was published seeking views on how this could be best achieved, and it is this point that has proved to be most controversial. There was a lack of consensus on how the surplus should be returned to the free advice sector with some arguing for a CMA fee to be explicitly provided for in the regulations.

Owing to the focus on this point, the evidence sessions of the Committee became largely side-tracked by the wider issue of funding for the free advice sector. However, the sessions did result in the AiB publicly committing to retain a set 5% of the sums due to be paid to creditors where it acts as PD.

In line with the conclusion from the report and summary of responses to the consultation, organisations will then be able to choose whether the remaining 15% available from the fixed statutory administration fee is returned directly to them or remitted to the Scottish Government to augment the funding of money advice in Scotland across the public and third sectors.

This may give rise to questions of a conflict of interest for free advice sector firms, where lack of funding is an ever-present issue, as was emphasised in the Committee’s evidence sessions. Those firms may now receive a return from DAS cases which would not be achieved by assisting individuals with any other form of debt management or insolvency solutions. While clearly the AiB would like to achieve a rise in the number of individuals entering DAS, any such rise should only be achieved because DAS is the correct solution for the individuals concerned.

One point which does not appear to have been considered is that the recent consultation only dealt with returning funds to the free advice sector. There appears to have been very little consideration given to a scenario in which a commercial organisation, authorised by the FCA to carry out the CMA role under DAS, may choose not to seek FCA accreditation to hold client funds and undertake the PD function.

ICAS understands that the AiB has now confirmed that it will take on such cases and apply the same principals to commercial organisations that would like to continue to offer DAS. In other words, the AiB will act as a PD if required (if the firm is unable to act as PD and doesn’t have in place a commercial arrangement with another firm). The AiB will retain 5% and return the remaining 15% to the organisation acting as a CMA. If a CMA has the necessary permissions to act as a PD then the AiB would expect them to do so.

This will be welcome news for firms that may have been concerned about the commerciality of providing DAS following the introduction of the regulations. However, it is less likely to be appreciated by firms that have gone down the route of obtaining FCA accreditation and putting systems in place in the belief that this may have been the only route to them continuing to offer DAS on a commercially viable basis.

Fundamentally, however, it also moves the AiB from a position of PD ‘of last resort’ to a competitor in an active market for PD services.

In order to become approved PDs, organisations need to seek relevant authorisation from the FCA, as well as apply to the DAS Administrator (AiB) in terms of regulation 14 and schedule 4 of the 2011 regulations. Obtaining FCA authorisation is widely considered to be a lengthy and onerous process and brings with it significant ongoing burdens of additional regulation. It will also be costly to put in place appropriate systems and staffing to facilitate the distribution function. The reward is only an additional 5% over and above what CMAs that do not undertake the PD function will receive.

There appears to have been a lack of consideration of the commercial aspects of the process for firms operating DAS until very late in the day. The issues encountered in trying to introduce the regulations can also be traced back to the piecemeal approach taken in respect of legislative change to debt solutions, and the endless flow of consultations published with no cohesive sense of direction.

One positive outcome of the evidence sessions of the Committee was the commitment made by Jamie Hepburn, Minister for Business, Fair Work and Skills, to an overarching and wide-ranging review of the personal insolvency landscape in Scotland: a process he indicated that he intends to start as soon as possible. The Minister however refused to commit to a timescale for the commencement of the review at a subsequent meeting of the Ministerial Meeting of Insolvency Stakeholders. 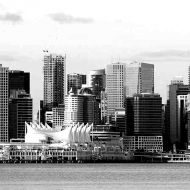