As confirmed in the AiB’s ‘Dear trustee’ letter of 21 March, it is their intention to commit to a fully electronic process for PTDs. From 4 November 2019, all trustee PTD processes and communications with the AiB must be conducted via ASTRA. Paper submissions sent to the AiB will only be accepted in exceptional circumstances beyond this date.

From Monday 7 October 2019, the London address for Companies House will change to:

HM Land Registry has updated Practice Guide 8, which clarifies the wording required where deeds are to be executed by corporate bodies.

The AiB have published an ad-hoc statistical release in relation to the Debt Arrangement Scheme (Scotland) Amendment Regulations 2019 (the Regulations). The Regulations were considered in an article previously published on icas.com.

The ad-hoc release provides additional analysis and information on DAS cases which is not part of regular Scottish Quarterly Insolvency Statistics releases. It includes more detailed breakdowns of debt levels, duration, outcome status (completed, live, or revoked), number of missed payments, and number of variations in each case. Amongst the statics provided, the release reveals that the five-year survival rate for all Debt Payment Plans approved in 2013-14, and which either remained active or became completed successfully in 2018-19, was 59.3%

These statistics are used internally by the AiB and the Scottish Government and during stakeholder engagement to inform policy development. Their release has been brought forward ahead of an Economy, Energy and Fair Work Committee meeting in relation to the Regulations. Unfortunately, the release did not take place until 10 days after the closing date set for responses to the Regulations.

Further to the earlier consultation published by the AiB, a discussion paper has been produced to provide some clarity on the funding model and scenario based outcomes outlined in the consultation.

Firms with clients in EU countries will have to appoint a European Representative to comply with GDPR in the event of no-deal Brexit.

If a firm is based in the UK and does not have a branch, office or other establishment in any other EU or EEA state, but either:

then it will still need to comply with the EU General Data Protection Regulation (GDPR) regarding this processing even after the UK leaves the EU.

The EU GDPR requires the appointment of a representative within the EEA. This representative will need to be set up in an EU or EEA state where some of the individuals whose personal data is being processed are located.

More information is available from the Information Commissioner’s Office.

Burnden Holdings (UK) Ltd (in liquidation) v Fielding [2019] EWHC 1566 (Ch) The High Court case clarifies that directors’ liability in respect of an unlawful dividend is fault-based rather than strict. It provides useful guidance for both those advising directors on the payment of dividends and for IPs reviewing such payments with a view to bringing proceedings against directors. (via LexisNexis)

Fraser Turner Ltd v PricewaterhouseCoopers LLP and others [2019] EWCA Civ 1290 The Court of Appeal has taken a practical approach to the commercial realities of decision making by administrators and upheld a decision to strike out a claim against them. (via Pinsent Masons)

Graysons Restaurants Ltd v Jones and others The Court of Appeal considered whether a claim for equal pay which has not been determined when the employer becomes insolvent can constitute “arrears of pay” payable by the Secretary of State under Part XII of the Employment Rights Act 1996. (via Shepherd & Wedderburn) 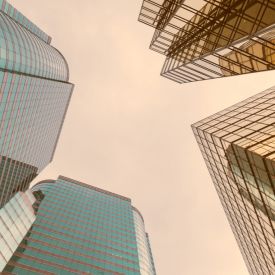