By Loree Gourley, Chair of the ICAS Ethics Board

Loree Gourley, Chair of the ICAS Ethics Board, highlights forthcoming revisions to the Code of Ethics to promote the role and mindset expected of all professional accountants.

The ICAS Code of Ethics is substantively based on the International Ethics Standards Board for Accountants (IESBA) Code. In October 2020, IESBA issued the revisions to its Code of Ethics to promote the role, mindset and behavioural characteristics expected of all professional accountants. The effective date of the IESBA revisions is 31 December 2021 with ICAS planning to introduce the changes to its Code of Ethics with effect from 1 January 2022.

Whilst the revisions will not become effective in the ICAS Code of Ethics until 2022, the Ethics Board felt it would be helpful to give an overview of the key changes at this time. More detailed information will be provided prior to the revisions becoming effective.

Acting in the public interest

The Code explains that compliance with the Code – upholding the fundamental principles and complying with the specific requirements – enables professional accountants to meet their responsibility to act in the public interest. In addition, the Code emphasises that professional accountants are expected to comply with the spirit, and not just the letter, of the Code. This is achieved by inclusion of the following text “Complying with the Code includes giving appropriate regard to the aim and intent of the specific requirements.”

The fundamental principle of ‘Professional behaviour’ also now highlights the requirement for professional accountants to ‘behave in a manner that is consistent with the profession’s responsibility to act in the public interest’.

Integrity - Having the strength of character to act appropriately

New application material is being added to the fundamental ethics principle of ‘Integrity’ to emphasise that, for professional accountants, integrity includes having the strength of character to act appropriately when faced with challenging circumstances.

These new provisions serve to highlight that it is not always easy to do ‘the right thing’. The Code now recognises that professional accountants face pressures which could lead to them compromising the fundamental ethical principles and therefore there is a need for strength to continue to be able to act appropriately even in such difficult circumstances.

This new material contains the substance of the concept of ‘moral courage’ which was first introduced into the ICAS Code of Ethics in November 2017. ‘Moral courage’ being regarded by ICAS as an enabler – an underpinning qualitative characteristic - which helps CAs to comply with the fundamental principles.  This is discussed further in ICAS’ The Power of One publication – ‘Moral Courage’.

ICAS views this new IESBA material as reinforcing the message of moral courage. ICAS intends at this stage to retain moral courage as an enabler and this will work together with the IESBA enhancements to the fundamental principle of integrity.

Recognising the impact of technology

The impact of technology is now explicitly recognised within two fundamental principles:

IESBA has also established a Technology Task Force which is currently exploring in greater detail the impact of technology on the Code so further amendments to the Code in relation to technology can be expected in due course. In addition, a separate Technology Working Group is also being established to help facilitate a wider review of the implications of new and emerging technologies.

Inquiring Mind – a new requirement for all professional accountants

A new requirement is introduced for all professional accountants to have an ‘inquiring mind’ when identifying, evaluating and addressing threats to the fundamental principles. This represents the need to consider the source, relevance and sufficiency of information obtained taking into account the nature, scope and outputs of the professional activity being undertaken and being open and alert to a need for further investigation or other action.

As noted earlier, new application material is now provided to highlight the importance of being aware of conscious or unconscious bias when applying the conceptual framework. The Code now includes helpful examples to assist professional accountants recognise when bias could be a threat to their professional judgement, including in relation to technology (‘automation bias’).

New application material is also inserted to highlight the importance of an ethical organisational culture.

The new provisions are in line with the themes of ICAS’ The Power of One business ethics initiative, recognising the importance of individual ethical leadership within organisations. The Power of One ‘Organisational culture and values’ publication echoes the sentiments in the new provisions highlighting the importance of a culture of ‘doing the right thing’.

It is recognised that it is imperative that leaders of organisations set the appropriate ‘tone at the top’ and that they, and management, lead by example, but also that professional accountants at all levels have an important role to play in embedding a culture of ethics within their own particular sphere of influence in an organisation. There is also recognition that it is important that the criteria upon which the remuneration of individuals is based promotes an ethical culture.

The new provisions in the Code also highlight the importance of speak up mechanisms within organisations as discussed in the ICAS research ‘Speak Up? Listen Up? Whistleblow?’. More and more organisations are recognising the benefits of such an approach. Where properly embedded this should help issues to be flagged at an early stage providing considerable benefit to the individuals involved and of course the organisation.

In November 2020, to mark the fifth anniversary of The Power of One, ICAS issued second editions of its series of publications on ethical leadership:

From 1 January 2021, compulsory ethics CPD is introduced for all ICAS Members. This does not involve compulsory attendance at courses or the purchase of material – it could simply mean some reading of ethics-related material available online. In addition to ICAS’ own ethics resources as noted above, other websites provide useful sources of information as explained here.

If you have an ethical query, including a query on the provisions within the Code of Ethics in relation to values of equality, diversity and inclusion, ICAS offers an ethics helpline service.

ICAS is also partnered with whistleblowing charity Protect to provide members and students with access to an independent, confidential helpline. This service offers free advice regarding whistleblowing and speaking up. 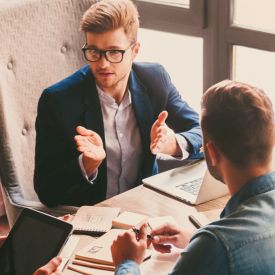 This suite of Equality, Diversity and Inclusions courses examines the root causes of discrimination and supports compliance with the provisions…