The Power of One - Personal Reputation

Reputation is everything. It takes a lifetime to build a reputation but only one moment to lose it.

A professional’s reputation is his or her personal brand - it is how well the professional is regarded, and how he or she will be remembered.

In November 2015, ICAS launched its business ethics initiative: The Power of One. This paper - Personal Reputation - the third in The Power of One series of publications encourages self-reflection. It emphasises that a CA must uphold the highest standards of individual behaviour but also, if others within an organisation are behaving unethically, the CA has an obligation to highlight it and seek to influence, and modify, behaviour going forward.

It is recognised that this will not always be easy – ethical leadership requires ‘moral courage’ – however the reality is if a CA suspects impropriety and does nothing, the CA could be found guilty of condoning it, and could potentially be implicated in a scandal at a later date.

In 2020, to mark the fifth anniversary since the launch of The Power of One, ICAS issued a second edition of this paper.

View more Power of One publications. 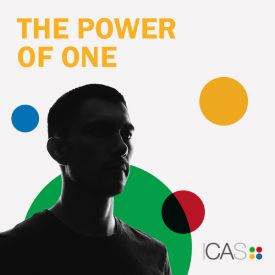 "It is not always easy to do ""the right thing"" - ethical leadership requires moral courage."