In November 2015, ICAS launched its business ethics initiative: The Power of One. The Power of One highlights that it is the duty of each individual Chartered Accountant (CA) to be personally responsible for upholding the highest standards of ethical behaviour throughout their career.

This paper - Moral Courage - the second paper in The Power of One series of publications, recognises that it is not always easy to do “the right thing”, that ethical leadership requires moral courage, and provides some practical advice to CAs should they encounter an ethical dilemma.

In 2020, to mark the fifth anniversary since the launch of The Power of One, ICAS issued a second edition of this paper.

View more Power of One publications 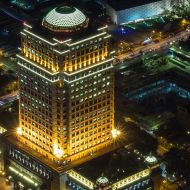 This report records a series of 28 experiences of ethical challenge that have been faced by Chartered Accountants.