ICAS has called upon the International Auditing and Assurance Standards Board (IAASB) to prioritise the development of a separate stand-alone standard for audits of Less Complex Entities (LCEs) in its response to the recent IAASB discussion paper on this issue.

ICAS has recently been openly critical of the length, and complexity, of the current, and recently exposed, revisions to the International Standards in Auditing (ISAs) which have become more prescriptive and appear to be primarily focused on larger Public Interest Entities.

In response to this, an increasing number of jurisdictions have taken the initiative and developed their own stand-alone auditing standards for small entities emphasising that the current ISAs are not considered sufficiently scalable or proportionate for audits of these entities. The ICAS response to the discussion paper stresses that inaction on the part of the IAASB to tackle the issue risks further fragmentation in the auditing standards environment if this trend continues.

Whilst ICAS has suggested that a stand-alone standard should be prioritised, we remain convinced that the ultimate objective should be a single suite of auditing standards that are capable of being applied to all entities, regardless of size or complexity. These auditing standards should be fully principles-based and developed using a ‘building blocks’ or ‘think simple first’ approach. ICAS has suggested that a first step towards this objective could be a targeted review of some of the key ISAs using such an approach.

The first challenge for the IAASB will be in defining what type of entity would be categorised as an LCE and ICAS has suggested that, when devising such a definition, the parameters and language need to be sufficiently clear to enable consistent interpretation and application, and importantly, to avoid future regulatory challenge.

ICAS acknowledges that it may be necessary for some quantitative measures to form part of the classification criteria for LCEs. While the IAASB could provide some indicative guidance as to the type of entities that might be considered LCEs, and those which would not, ICAS believes that it would ultimately be a matter for individual regulatory bodies to decide which entities would be considered LCEs based on the market composition and structure within their individual jurisdictions. A similar approach is adopted for the application of the International Financial Reporting Standard for Small and Medium-Sized Entities (IFRS for SMEs).

The ICAS response stresses that it is equally important that the definition does not unintentionally exclude certain types of entities from the LCE environment as a result of some of the specific aspects of these entities.

Language convention in drafting of ISAs

A further observation by ICAS is the language convention adopted in the current ISAs which can be excessively prescriptive in places. The response suggests the use of more easily translated and understandable terminology, which is less likely to be interpreted differently by different audiences, would be beneficial. Adopting a plain ‘English’ approach to drafting the ISAs, as in the IFRS for SMEs, is one possible solution to this issue.

In order to develop a solution that will be suitable at all levels of the audit market, ICAS has also suggested that obtaining sufficient and appropriate input from LCE practitioners and stakeholders would be essential in this regard. 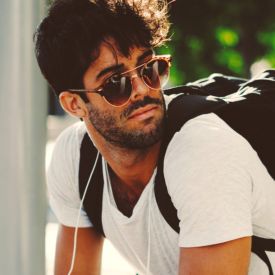 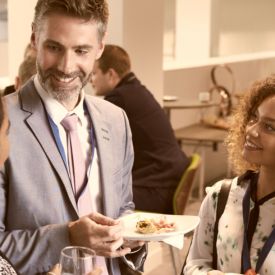 Is a two-tier audit regime on the horizon?