Is a two-tier audit regime on the horizon?

That was one of the questions raised at an ICAS discussion with auditors representing firms outside of the Big 4.

The discussion was arranged as a follow up to the joint ICAS/FRC Research reports and Steering Committee Report on the skills required by auditors of the future, to explore whether the issues highlighted in these reports by the largest firms were the same as those being experienced at other tiers in the audit market.

One of the main messages from the discussion is that the challenges faced by the firms outside of the Big 4 are almost identical to those highlighted in the ICAS/FRC research.

The attractiveness of Audit

The key challenge faced by the firms represented is the ability to attract, recruit and retain the right people. The lure of more attractive and tempting opportunities and rewards  outside of the profession are difficult for many of the firms to compete with.

Audit is still perceived as a technically difficult discipline and is also the most highly regulated service provided by many of the firms. As a result of their intensive training and the expertise they have acquired, qualified auditors are a valuable commodity in the employment market. And yet audit is possibly the least popular area of work for a variety of reasons. Audit team members often work longer hours than some of their colleagues in other service areas and the potential rewards for putting in all these extra hours are not always a sufficient incentive for them to do so. Trainee auditors see the CA qualification as a means of enabling them to pursue a career in the direction of their choice – which may lead to them leaving the audit profession entirely.

The opportunity to progress through the ranks in the audit firm from junior right through to partner appears to be much less appealing than before. Fewer trainees see themselves specialising in audit for the duration of their career leading to a fall in the numbers of those aspiring to become audit partner. This might be connected to the more heavily-regulated nature of audit and the level of personal risk to which an audit partner can be potentially exposed. We have seen evidence recently of substantial personal fines being handed out to audit partners so the financial cost, not to mention the intellectual toll, of these investigations may deter individuals from seeking partner status. 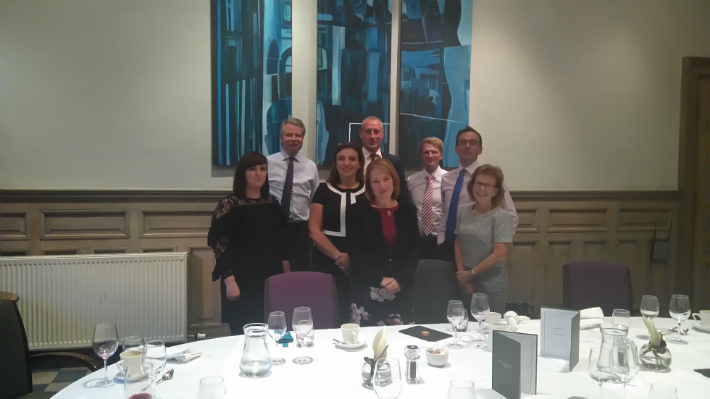 Some of those present provided examples of how their firms are actively trying to respond to this challenge. Their firms have introduced internal mentoring/buddy systems for audit trainees which enables, amongst other things, first year trainees to shadow a partner/manager at a client meeting. That gives them the opportunity to see first-hand what the clients are interested in; how the audit partner and other senior staff interact with the client; and provide them with a greater insight into the wider business environment.

The development of softer skills in audit staff is seen as crucial to equip them with the ability to communicate appropriately and effectively with clients and to acquire a greater commercial awareness. Business acumen skills, or how to make money, are recognised as important but it was acknowledged that this has always been the case.

There was agreement that greater automation of the audit process has had a positive impact on audit quality. However, it was highlighted that some of the software is geared towards the largest and most complex entities so tailoring is difficult and the approach can become very prescriptive. As a result of the increased automation, the auditor perceives the work as boring and repetitive and overreliance on these automated procedures can act as a deterrent for the auditor having to engage with the client.

Many clients also perceive less value in the audit function and view it as a compliance exercise, even within those who have elected for a voluntary audit. Many organisations expect all their business advisers, including auditors, to add value somehow but the FRC Ethical Standard negates the ability for auditors to do this. The new ethical requirements have also made it more difficult now for some firms to provide the same level of all-round training that was previously offered to audit trainees who often spent time in tax departments and accounts preparations teams which provided them with broader business insights and added an element of variety to their role.

There was a sense that a two-tier audit regime is inevitable as the current ISA-based audit is perceived as less relevant or valuable to non-PIEs.

The discussion considered whether a review engagement might better serve many non-PIE entities. However, it was not clear as to whether a new type of opinion would be enough to satisfy the bank and the credit rating agencies when compared to an audit opinion. It had been previously highlighted that some clients opt for voluntary audits but it was not known whether that was for the beneficial impact on credit ratings or in anticipation of a necessary due diligence exercise upon selling the business.

Reference was made to the Scandanavians who had developed a standard for audits of small entities and the group discussed the possibility of creating a small auditing standard for non-PIE UK audits, which stripped out the PIE requirements from the current ISAs.

It was noted that most of the smaller firms are monitoring developments in the extent that data analytics are used in the audit process. It was largely agreed that the necessary investment in this technology, in terms of cost and time, is considerable and it is not yet clear if the benefits will outweigh the costs.

The issue of cybersecurity was recognised as more urgent by those present given the extent to which everyone relies on IT systems and that hardly a day passes without the report of an attempted, or successful, breach of system security. Adding this to the auditor’s role will require the development of a new skill set on the part of the auditor who will be expected to consider this as part of their risk assessment and understanding of the entity. Once again though, the associated training and investment costs are seen as prohibitive to some of the firms.

Finally, the changes to the UK financial reporting regime were highlighted as a further challenge for many firms and the cost and investment in staff training, in addition to the time needed to interpret and apply the new requirements, have been considerable. 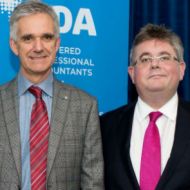