Following the publication of Sir Donald Brydon’s final report on his Independent Review into the Quality and Effectiveness of Audit, this article summarises the recommendation for a redefinition of audit and its purpose.

Sir Donald Brydon has recommended that the purpose of audit should be redefined to make it relevant and fit for the twenty-first century.

Sir Donald states that, currently: ‘Audit lacks a clearly understood and fully encompassing purpose.’
His recommendations propose the following definition which should, in his opinion, ideally be enshrined in company law:

‘The purpose of an audit is to help establish and maintain deserved confidence in a company, in its directors and in the information for which they have responsibility to report, including the financial statements.’

Underpinning this recommendation is the need, in Sir Donald’s opinion, for users of financial statements to have confidence in the audited information, and in those who have produced it, rather than it being perceived as only a compliance exercise.

Sir Donald also proposes that the need for auditors to provide decision-useful information to users should be reinforced. This should include other original information outside of the annual report that might have a material impact on users’ decisions. These users include present and potential investors, creditors, lenders and others. The recommendation emphasises that it would not be an obligation on the part of the auditor to seek such original information but it should be disclosed if discovered during the course of the audit and if material. As a result, the proposal recommends that International Standard on Auditing (ISA) (UK) 700 Forming an opinion and reporting on financial statements should be revised accordingly.

The recommendation also highlights the confusion around the use of terms such as audit, statutory audit and assurance, and suggests a new model to replace the current assurance model. This new model would encompass areas such as culture, Environmental, Social and Governance (ESG) issues and cyber matters and different levels of assurance could be provided over each. It has also been suggested that statutory auditors should be given a new name, with the term ‘Financial Statement Auditors’ suggested, to remove some of the confusion.

The current assurance model is also highlighted as a matter which creates some confusion. The current framework allows two levels of assurance, Reasonable Assurance and Limited Assurance, and neither of these is well understood. A further recommendation is that the new UK Regulatory Body, ARGA, should determine a ‘framework for all corporate auditing, whether of financial statements or of other information’. Sir Donald does recognise, however, that in doing so it will need to be mindful of the interaction with the International Auditing and Assurance Standards Board (IAASB) Assurance Framework.

Sir Donald envisages that his recommendations will introduce some clarity around the purpose and scope of the audit and auditors’ responsibilities, and how they are discharged and to whom they owe a duty of care.

It is worth noting that many of these recommendations resonate with some of ICAS’s earlier work on the future of assurance, most notably in our ‘Balanced and Reasonable’ paper in which we highlighted the need for assurance over the whole of the annual report and suggested a need to revisit the current assurance framework. How these recommendations are taken forward will now be a matter for regulators, legislators and standard setters, and ICAS will continue to seek to influence the debate. 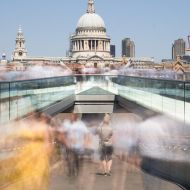 The Future of Assurance revisited