The Future of Assurance revisited

The Competition and Markets Authority (CMA) has recently announced a study into the UK audit market prompting ICAS to revisit the 2010 Future of Assurance paper and the impact of its recommendations.

In 2010, ICAS established a working group in the aftermath of the global financial crisis in recognition that the crisis had damaged faith in both corporate reporting and assurance. Now, with auditors once again under the spotlight, we revisit the working group’s recommendations and highlight what could still be implemented.

At that time, the accountancy profession was forced to ask itself some difficult questions about its role in the preservation and promotion of trust.

The working group’s vision was for ‘the highest quality of reporting facilitating efficient capital markets and an assurance framework to inspire confidence in that reporting'.

To this end, the working group published a paper: The Future of Assurance, offering their vision for the future of assurance. The paper emphasised that assurance is more than external audit – it is a process which begins internally within the company itself and therefore does not focus solely on the traditional external audit of the financial statements.

It considered the internal processes in the company, corporate reporting and the role of the audit committee - while recognising the critical role of the independent external audit. The findings were targeted towards UK listed companies but they were recognised as relevant across the globe.

Now, eight years on, the accounting profession, or more specifically, auditors, are once again under the spotlight in the UK and the debate on the purpose and role of audit has been re-opened.

It would, therefore, seem appropriate to revisit the recommendations from the 2010 Future of Assurance paper to assess to what extent they have influenced the current corporate reporting and assurance environment and whether anything further can be drawn from the publication’s recommendations.

The Future of Assurance paper clearly influenced the regulatory environment and standard setters following its publication and we highlight below those areas where the greatest influence was achieved.

The Future of Assurance report recommended that there should be a sign off by the board that the annual report represents a balanced and reasonable review of the company.

The 2012 version of the UK Corporate Governance Code introduced the provision that the directors had to state that they considered the annual report and accounts, taken as a whole, to be fair balanced and understandable. Although the FRC adopted slightly different terminology, the substance of its response was very similar to that proposed in the Future of Assurance report.

The 2010 paper recommended that boards should include their rationale for concluding that the business is a going concern and an articulation of whether the period considered is limited to 12 months from the date of signing the financial statements or whether it is longer.

This rationale should include: disclosure of the key assumptions on which the Board has based its assessment.

In the 2012 version of the UK Corporate Governance Code, the FRC introduced a provision that Boards should state the period over which they had assessed the viability of the entity:

"Taking account of the company’s current position and principal risks, the directors should explain in the annual report how they have assessed the prospects of the company, over what period they have done so and why they consider that period to be appropriate.

"The directors should state whether they have a reasonable expectation that the company will be able to continue in operation and meet its liabilities as they fall due over the period of their assessment, drawing attention to any qualifications or assumptions as necessary.”

ISA 720 (UK), The Auditor’s Responsibilities Relating to Other Information, which was revised in 2016, now requires the auditor to address whether the statement by the directors that the annual report is fair balanced and understandable is consistent with the financial statements and the knowledge obtained by the auditors during the audit.

The report also acknowledged that there is a desire from users to understand more about the external audit process.

This provides investors and other users with a valuable insight into the external audit process. The FRC had previously moved ahead of the IAASB in this regard and introduced a similar requirement for accounting periods commencing on or after 1 October 2014.

What more can we do?

As the audit profession comes under further scrutiny, and questions are raised about the role and purpose of audit, it may be time to revisit some of the other recommendations in the Future of Assurance Report which were not adopted.

The Future of Assurance report highlighted that effective capital markets need trust in the integrity, skill and competence of a company’s directors and in the company’s reporting function. The role of assurance, generally provided by the audit profession, is to inspire trust in corporate reporting.

This statement is as relevant now as it was in 2010, and ICAS will be drawing upon the findings, and subsequent impact, of our 2010 report when we produce our response to the 2018 CMA audit market study. 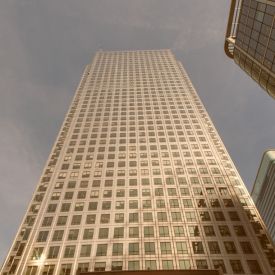 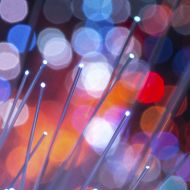 The future of assurance report