In the wake of the economic crisis, the auditing profession became the subject of criticism for failing to expose some of the financial problems that existed, in particular within the banking sector. Research commissioned by ICAS in the wake of the crisis indicated that there was a demand among users for a positive opinion, currently only provided over the financial statements in the form of 'true and fair', to be extended to the narrative content, or front-half, of the annual report.

This positive opinion was first explored in the ICAS Future of Assurance publication that suggested that the directors should make an explicit statement that the narrative content of the annual report presents a 'balanced and reasonable' review of the company. This would be immediately followed by the auditor's report, which would include a positive opinion on whether the annual report is 'balanced and reasonable.'

The 'Balanced and Reasonable' discussion paper represents the next stage on this journey and considers how the auditor might go about providing such a positive opinion. The paper explores some of the key issues involved and suggests how the provision of a positive might be achievable. 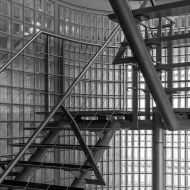 Assurance on management commentary: Where next?

Feedback and comments on Balanced and Reasonable paper