Inside ICAS: The Office Bearers' top talking points from October 2021

Catch up with your Office Bearer team and their top talking points from another busy month at ICAS.

…we also saw a practical example of ICAS’ influence producing results that will make a meaningful difference to matters at the core of our Members’ day-to-day work.

"In any given month, ICAS can be found engaging with key stakeholders, parliaments, politicians and regulators to help shape and drive debates, positively influence policy, represent the views of Members and promote the public interest. October was no different and saw individuals from across ICAS being called upon to share their insights and expertise in a range of areas. Perhaps the standout was ICAS giving oral and written evidence to a House of Lords inquiry into the draft Finance Bill. It was Susan Cattell, Head of Tax Technical Policy at ICAS, who gave the oral evidence, and she raised concerns around basis-period reform and notification by large businesses of uncertain tax treatment.

This month we also saw a practical example of ICAS’ influence producing results that will make a meaningful difference to matters at the core of our Members’ day-to-day work, when HMRC published clarified guidance on Coronavirus Job Retention Scheme (CJRS) claims – this off the back of pressure from a collective of professional bodies, including ICAS."

...self-proclaimed ‘Sparkle Navigator’, Carole Pyke, invited us to join her mission to discover our own sparkle, stand out more, be heard and become unforgettable.

“Thanks to everyone who took the time to join me and the various speakers at the CA Summit 2021. In the week before the event, we learned that CA Summit 2020 had won Best Virtual or In-person Membership Event of the Year at the highly competitive memcom Membership Excellence Awards. That certainly upped the ante for this year’s Summit but the team at ICAS accepted the challenge and more than delivered.

The many hundreds of attendees were treated to an array of insight that covered three main themes of Learn, Grow and Inspire. Highlights included former CEO of Lloyd’s of London, Dame Inga Beale’s session, which took us from 17th century London and the inception of Lloyds to the present day and the insurer’s shift to becoming a more digital and diverse organisation, and the Inspire session with self-proclaimed ‘Sparkle Navigator’, Carole Pyke, who invited us to join her mission to discover our own sparkle, stand out more, be heard and become unforgettable."

If you missed any of the CA Summit, you can read our recaps and watch videos of the Learn, Grow and Inspire sessions.

We took the opportunity to reflect upon, and to learn more about, the history and experiences of black people in the UK and internationally, in and out of the professional sphere…

“October was Black History Month in the UK and at ICAS we marked the occasion by acknowledging the accomplishments of black CAs and their contributions to the worlds of accountancy, business, finance, and society. We also took the opportunity to reflect upon, and to learn more about, the history and experiences of black people in the UK and internationally, in and out of the professional sphere.

This year’s Black History Month launched the ‘’Proud To Be’ campaign and invited Black and Brown people around the UK to share their stories. Kudzai Zendera CA, Senior Manager, Balance Sheet and Performance Management at Standard Chartered Bank, did just that, joining our Championing Unique Perspectives series to provide insight on the unique challenges he has faced both personally and professionally.

Towards the end of the month, we published our Black Talent action plan. The plan was created to identify and understand the barriers faced by Black ICAS Members, so that action can be taken to improve experiences and outcomes. It forms part of ICAS’ commitment as a signatory of the Charter for Black Talent in Finance and the Professions – which was launched by Harry Matovu QC, Barrister at Brick Court Chambers, and Michael Eboda, CEO of Powerful Media, following the killing of George Floyd."

A sustainable build up to COP26: ICAS met with members of the Scottish Government’s National Performance Framework (NPF) Team to discuss planned updates to the NPF and better integration of the UN SDGs. ICAS also attended the Cabinet Office COP26 business briefing to hear more about the Chancellor's vision to make the UK the best place in the world for green and sustainable investment, as set out in the recently published roadmap: Greening Finance: A Roadmap to Sustainable Investment.

A return to in-person events: October saw Members enjoying a return to in-person ICAS networking events, with gatherings in Glasgow and Edinburgh and dinners in Jersey and Guernsey. We also announced a range of upcoming drinks reception events, providing Members with an opportunity to meet Bruce and Indy, and to enjoy drinks and canapes in some rather pleasant surrounds, including Edinburgh’s Signet Library. 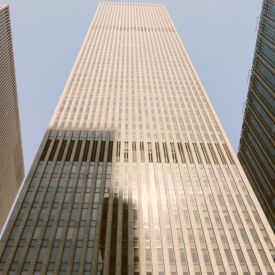 Inside ICAS: The Office Bearers top talking points from September 2021