CA Summit sponsored by Markel Tax returned for an event split across three days starting on 5 October, which brought together the brightest minds from the worlds of finance, academia, and the technology industry to deliver a series of challenging, thought-provoking and truly motivational seminars to inspire ICAS Members around the globe.

The transformational power of inclusion

Former CEO to Lloyd’s of London, Dame Inga Beale kicked off the first day of the Summit by taking us back in time to 17th century London to the inception of Lloyd’s of London where, in 1688, Edward Lloyd set up a coffee house on Tower Street where he became well known for not just his coffee, but his specialist information about shipping. This led to the Tower Street coffee house becoming a key provider of cargo and shipping insurance. And the rest, as they say, is history.

325 years later, in 2013, when Dame Inga was first approached to run Lloyd’s, how much had changed since the days of the coffee house?

“Not much,” said Dame Inga.

“They were basically doing business in the same way as in the 17th century.

“That’s about £30bn of insurance being traded on paper slips, pretty much the same way it was in 1688.”

This led to Dame Inga taking on her “most complex and difficult” challenge in modernising the organisation by moving it into the digital age.

During this process, she realised that new ways of working, and the implementation of modern technologies, was being met by resistance by those who were used to the old ways. It became clear that making inclusion a priority was the key to success.

“I realised how important it was to bring as many people as you could along with you.”

By starting a conversation about the need for more diverse voices and putting targets in place linked to the diversity of the workforce, Lloyds managed to attract new talent.

Dame Inga said: “I’m absolutely convinced that having a more diverse workforce and including them in decision making is critical for making change happen.”

The power of love

Bringing heart into business was something that Andy Woodfield, PwC Global Client Partner, focused on during his session.

He believes that experience-led businesses have the upper hand because they are “driven more by emotional engagement than product-led businesses.”

“That’s important because emotion engages us.”

As companies continuously scramble to differentiate themselves in a crowded market, Andy says that the key lies not in methodologies and new technologies, but in the way a company makes a customer feel, as that is what they will remember them for.

The exploration of emotion in relation to how customers experience an organisation is something that Andy calls a “superpower”.

“Your products and services aren’t going to differentiate you because there are probably a lot of organisations out there that do something similar.”

Andy said that in a world of social media, authenticity is paramount. Creating a true expression of an organisation, for the people that work there to the clients they work with, is vital to foster positive emotions.

“The best thing to do is look at how you make people feel, how your organisation makes people feel, and the create a single differentiated experience.”

Good is the new cool

The idea of focusing on emotion and having an authentic purpose was something that CA magazine editor Laurence Eastham with Co-Founder and Chief Purpose Officer of Conspiracy of Love, Afdhel Aziz.

Afdhel explained the idea of “good is the new cool” as a way of organisations looking for ways to business that benefits the world as well as generating profit.

He said: “When you look at this idea of purpose, the idea that business should have some sort of higher art of benefit that it focuses on as a north star in service of making a profit, this is really the idea that is animating business in new and fresh ways around the world. “

In this context, “good” is relative to the specific brand. Whether it is Tesla working to transform the impact that travel has on the environment, to Airbnb offering free accommodation to refugees, Afdhel is confident that businesses can identify their own ways of making a positive difference to the world.

As brands have come to realise the weight consumers put on the ethical standards of businesses, the risk of so-called ‘purpose washing’ is becoming all too real.

‘Purpose washing’ refers to brands presenting an external visage of working towards a larger purpose, when in reality it is only purporting to do so in order to better serve itself.

“Businesses are being kept in check,” said Afdhel, “especially by consumers who are calling out businesses on social media who are making claims that are unsubstantiated.”

“What’s even more fascinating is now we are seeing the rise of what we call employee activism, where it’s the employees of the company who are openly standing up to the leadership and calling out behaviour that’s not in line with their values.”

Afdhel said that to avoid the pitfalls of ‘purpose washing’, businesses need to “put their money where their mission is” and be prepared to lose money in favour of standing by their values.

“That’s when people really respect [a brand] – when they do something that is going to cause them short term profitability [loss].

“But in the long term that is more than made up by the loyalty and love that customers show to these companies.”

Tales from the top

As founder and CEO of Pure Spa Beauty, Becky Woodhouse CA was seeing her business go from strength to strength.

But, when the COVID-19 pandemic, Pure Spa had to close down in line with the government restrictions at the time.

“I was just devastated,” remembered Becky.

“I’m essentially at heart an entrepreneur. I like to create and build and grow things, so to be told that I had to shut my business…I found it very hard.”

However, at every entrepreneur’s heart is the ability to look at a crisis and turn it into an opportunity.

Becky was able to accelerate her plans to adopt new technology to drive new business during lockdown, making significant changes much quicker than would have been possible had all her locations still been open.

This resilience in the face of overwhelming uncertainty is something that has seen Becky’s business weather the storm that has been the global pandemic.

“Sometimes things are tough but that’s when you need to pull out all the stops and believe in yourself to keep going.”

Julienne explained that discussions and expectations of the future of work pre-pandemic compared to post-pandemic are two relatively different things.

Employee physical and mental wellbeing has become the priority for many organisations around the globe who are looking to ensure their workforce feels they are safe in their working environment.

Julienne herself was speaking at the CA Summit during a sabbatical from Mastercard.

She said: “It [has] allowed me to reset, reflect and rediscover my inner self so that when we can return to the office, we can be better leaders.

“I’ve never been more connected or more refreshed as I discovered my new P.A.C.E.”

Julienne went on to say that P.A.C.E stands for:

As we move back towards a world of work that more closely resembles the one pre-pandemic, Julienne believes that I will be one more focused on the human connection enabled by technology that has its base in trust and empathy.

Alastair Campbell, Mental Health Campaigner and Communicator, touched on the topics of empathy and connectivity during his closing session for the Learn chapter where he discussed his experiences with mental wellbeing.

After being hospitalised following a psychotic breakdown in 1986, an experience which he describes as “one of the best things that ever happened to me” as it was then that he was able to confront the fact that he was depressed and was self-medicating with alcohol.

“I learnt who and what was important,” explained Alastair.

“I got my career back on track and a year later the first of our three children was born”.

After this, Alastair was able to get a handle on his alcohol addiction and said that he is now using that obsessive energy by focusing it on healthier and creative activities.

Being open about his mental wellbeing is something which Alastair is no stranger to as he said that his depression, although he can exert a level of control over it, is a large part of what makes him who he is.

He said: “Why should we have to shut off major parts of ourselves and our lives?”

Being able to discuss your mental health in the same way as you would about your physical health would go a long way to dispel many of the misconceptions that still exist around mental wellbeing.

Closing off his session, Alastair told the audience that, for him, having a clear view of his priorities helps him when he feels his depression creeping in.

Keeping on top of the important things such as diet, exercise, meaningful activity and his family, said Alastair, helps him come out of his depressive states much quicker than not having that focus.

Register your interest for the 2022 CA Summit

CA Summit 2022 will take place Tuesday 4 | Wednesday 5 | Thursday 6 October from 1-2.30pm. Sign up below to be the first to hear the latest on speaker announcements and be the among the first to know when booking is live. 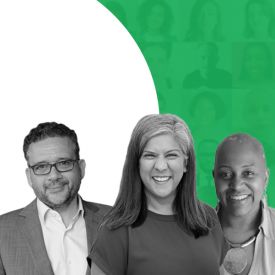 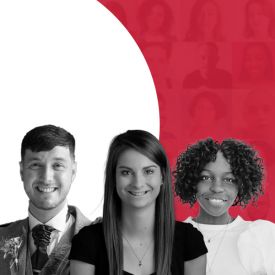