Catch up with your Office Bearer team and their top talking points from what’s been a busy month of activity at ICAS.

...the new platform really helped draw the audience into the conversation.

“I was fortunate enough to host the debut event on ICAS’ new and improved webinar platform. Former lawyer and judge, Emma J. Bell, joined me to share stories from her book ‘Nine Secrets to Thriving’ and her five key strategies to help build a resilient mindset. I thought it was a truly inspiring and informative hour, and with its instant polls and Q&A feature, the new platform really helped draw the audience into the conversation."

If you missed it, you can catch the on-demand recording at the icas.com webinar hub.

ICAS became the first accountancy institute in the world to answer the Prince’s call.

“HRH The Prince of Wales called Terra Carta – his charter that aims to put sustainability at the heart of the private sector – an “urgent call to arms”, and I was proud to see ICAS become the first accountancy institute in the world to answer the Prince’s call. Signing up and pledging its support to the charter reflects ICAS’ ambitious strategy to integrate sustainability into all aspects of operations, from the ways in which we educate our CA Students to the support we provide to our 22,000 Members."

You can learn more about the charter here and find out who else has signed up.

It’s impressive to see all the many initiatives ICAS has enacted.

“ED&I is one of the key themes I’m focusing on during my term in office, so I was really interested to see ICAS share the ways in which it has acted upon the results of last year’s EDP (or Ethnically Diverse People) survey. Insights from the survey revealed a range of areas that ICAS needed to address, gave us a much better understanding of the issues faced by our EDP Members, and revealed how the topic of ED&I is perceived by the wider profession. It’s impressive to see all the many initiatives ICAS has enacted since the survey, from signing up to the Charter for Black Talent in Finance and the Professions, to launching the new Student Assistance Programme."

Starting a new Episode in London: Some of you might have been lucky enough to attend the first instalment of the London Episode, which launched this month. The Episode is an exclusive experience for our London-based Members and the first event was a webinar hosted by Dr Anne-Marie Imafidon, a tech thought leader and champion for women in STEM. Dr Anne-Marie explained how to future-proof your business and your career, and if you weren’t there in person you can catch up on the session.

Our letter to the Treasury: Following on from a cross-body meeting to discuss the relevant issues, ICAS joined with ICAEW, ATT and CIT in writing to the Financial Secretary to the UK Treasury raising their concerns about proposed reforms to the basis period and the likely impact these might have on HMRC, professional firms and businesses. The letter is a great example of the many ways in which ICAS works hard, and at the highest levels, to represent our Members’ interests.

Language that keeps us relevant: Finally, you might have noticed ICAS’ publication earlier this month of an Inclusive Language Guide for Members. The guide was created to help us demonstrate our inclusive leadership and as a way of ensuring that the organisations we work for are best-equipped to remain relevant in a competitive marketplace. 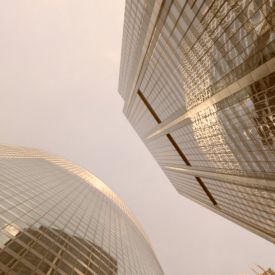 Inside ICAS: June 2021 update from the Office Bearer team 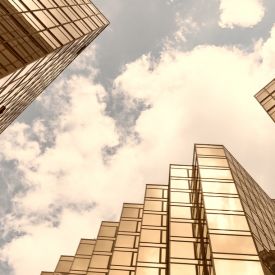 Inside ICAS: July 2021 update from the Office Bearer team