We share the findings from our Ethnically Diverse People survey.

In November, Tracey Rob Perera CA was appointed as the new Chair of ICAS’ ED&I Committee and ICAS has broadened the size and scope of the group to ensure that it is truly representative of ICAS’ membership demographic. ICAS has also taken the positive step to rename the group from the Guthrie Group to the ED&I Committee and to elevate it in the ICAS governance structure from a group to an established Committee.

The EDP survey has provided rich insight which will help ICAS to drive forward its ED&I strategy. One of the learnings taken from the survey is that ICAS should no longer use the term BAME as it is pejorative and not in line with its aspiration to shape the debate and elevate discussion. In future, it will use the term EDP as it is a more suitable and representative term to use for a future looking, 21st century professional body.

An infographic to help illustrate the key findings has been produced:

Other key findings of the survey are:

The survey has highlighted experiences of discrimination in our profession which we must work together to challenge and overcome. In the coming months, the ICAS ED&I Committee will focus on increasing awareness of EDP and the role models that exist within the profession. By showcasing diverse CAs ICAS will encourage an equal playing field so that they, and the next EDP generation, are truly judged on their skills and capability, rather than their ethnicity.

In early 2021, the ED&I Committee will launch an Open Book campaign, encouraging all CAs to share their experiences, to tell the human stories about the ED&I challenges they have faced and to share learnings and practical solutions. Visibility of diversity across all ICAS Boards and Committees will also be addressed and all ICAS Board and Committee Chairs have recently undertaken unconscious bias training. ICAS will continue to gather diversity information on our Members and Students so that we can better understand the demographic of our membership.

The ED&I Committee is committed to addressing as many areas of ED&I as possible including gender, 2SLGBTQ+, disability, age, social mobility and location. Over the coming months, it will be putting together a comprehensive strategy to help tackle inequality, to drive up diversity in the profession and to provide support and resources for ICAS Members, Students and Firms. Gender inequality was an issue which was raised as a consistent theme in the EDP survey, and it is an area that the Committee is keen to address in early 2021.

“There should be no doubt that our Members are confirming that they face real issues in the workplace. And with that we know that this is an issue that reaches across business. ICAS can and will be a force for good. We can make a difference, not by working alone, but by demonstrating good practice ourselves, and collaborating with other likeminded organisations."

"The survey addressed ‘race’ as a critical EDI issue. The results made for extremely difficult reading and highlighted that practical collective action by business leaders and all CAs is really needed to improve the diverse and inclusive culture of organisations. Establishing and maintaining a level playing field based on skills and competencies rewarded by equal opportunities and pay is the right thing to do -  it makes business sense because it improves trust in your organisations, innovation and performance."

ICAS has created a range of content, resources and material available to all Members and Students on ICAS.com including a dedicated diversity hub and a wellbeing hub as well as the following:

We have also informed and generated debate amongst the profession through a series of webinars and podcasts including:

This month, ICAS celebrated the fifth anniversary of the Power of One which calls on all CAs to place ethical leadership at the heart of their professional responsibilities and to shape the culture and values of their organisations. Through their ethical behaviour, CAs are a force for good in the organisations in which they work. They can also influence those around them, and thereby help shape the culture and values of their organisation. The cumulative effect of their influence can help reinforce the importance of ethics at the core of business practices and of a more responsible and holistic approach to business. In this way, CAs are a key component of building public trust in business, to the benefit of our broader society.

Strong ethical leadership is at the heart of being a Chartered Accountant. ICAS wants to support its Members to speak up against unethical behaviour. This follows on from our research which found that two-thirds of CAs surveyed had encountered an ethical dilemma, either of a technical and/or behavioural nature, at least once during their career. Together with Protect, we have launched an independent, confidential helpline which offers free advice about whistleblowing and speaking up.

ICAS recognises that there is more it can do and calls on all EDP ICAS Members and allies to get involved and help to build a roadmap to drive change in our profession. Please get involved and join the debate on CA Connect and LinkedIn or, if you would like further information, please contact members@icas.com as we would love to hear from you. 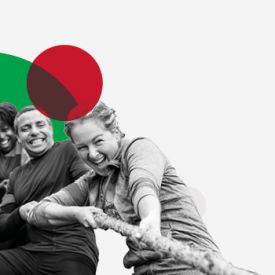 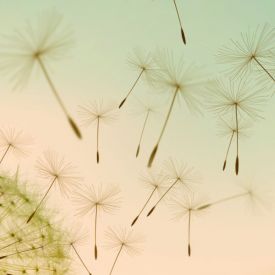