Jan Garioch CA discusses the First Tier Tribunal’s recent decision to resolve a dispute on whether HMRC should have refused repayment of VAT when the underlying supply took place between VAT group members.

The Prudential Assurance Company (Prudential) v HMRC explores the application of time of supply rules. Given that VAT has been in operation as a major tax for decades, it is surprising that legal dispute still arises on such a fundamental element of the tax.

On the initial issue of its invoice by SCL, it charged VAT on its supply. However, subsequently SCL made a claim to HMRC under s.80 VATA 1994 to recover the VAT charged, arguing that its services were rendered when it was part of a VAT group with Prudential. HMRC rejected that claim on the grounds that SCL’s services represented a continuous supply of services under terms that provided for consideration to be determined periodically, or from time to time. Consequently, HMRC took the view that the time of supply in this case, where receipt of consideration followed the issue of the invoice, is when the invoice was issued. As SCL was not part of a VAT group with Prudential at the point the invoice was issued, HMRC contend the VAT was properly charged.

SCL lodged an appeal against HMRC’s refusal to repay the VAT it charged, but that has been stayed behind this appeal by Prudential claiming that it should not have been charged VAT on SCL’s services.

The FTT found that the time of supply rules are applied to determine when a supply of services should be treated as taking place, including for determining whether the supply is between two members of a VAT group. Following Regulation 90, the time of supply of services with consideration determined or payable periodically or from time to time, falls each time an invoice is issued or payment received (if earlier). Spelling that out, the FTT stated that SCL’s supply of investment management services are treated as supplied when invoiced and hence at a time when Prudential and SCL were not members of a VAT group. The FTT recognised that might suggest it would conclude in favour of HMRC, however there was a twist.

The twist in the tale

The FTT was influenced by the case of B J Rice & Associates v Customs and Excise Commissioners [1996] STC 581. In that case consultancy services were supplied and invoiced before B J Rice was liable to be registered for VAT. The dispute centred on an invoice which went unpaid for several years before ultimate settlement when the defaulting customer wanted to obtain more services. Since B J Rice was VAT registered by that time, HMRC demanded VAT when the debt was settled. HMRC  argued that the original invoice was not a tax invoice since it was issued when BJ Rice was not required to be VAT registered, so the services should be regarded as supplied when payment was received.

Applying the same approach to the Prudential case, the FTT concluded that SCL did not meet all four requirements to engage the tax point rules because the law on VAT grouping meant that SCL’s business was treated as carried on by Prudential at the time SCL actually supplied its services. Therefore, the FTT found in favour of Prudential because if there was no VAT due in the B J Rice case, there was no reason to find VAT due in the current case. 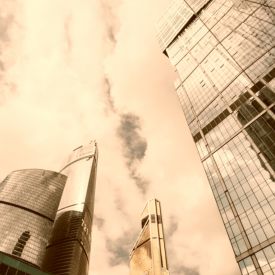 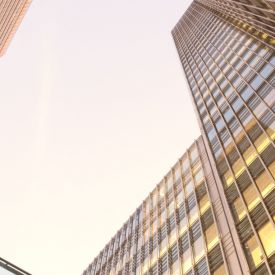 Was the appellant due to pay output VAT under the Lennartz mechanism?