Narrow construction of the law is important in this case, with the court not permitted to fill gaps where new developments do not sit easily with the law as originally enacted.

The history of News Corp’s appeal?

Back in March 2018 News Corp UK & Ireland (News Corp) received the judgement of the First Tier Tribunal (FTT) which turned down its appeal that digital newspapers should qualify to be zero rated. Since that decision would deny News Corp a significant VAT recovery, it appealed and in December 2019 the FTT decision was overturned by a decision from the Upper Tribunal (UT) which went in News Corp’s favour.

Alongside this case development, there was a change in VAT law regarding electronic newspapers. The government announced in the March 2020 Budget statement that the zero rating for printed newspapers is extended to all electronic newspaper publications with effect from 1 May 2020. Despite this development, HMRC continued to dispute News Corp’s entitlement to treat digital newspapers as zero rated historically and appealed on to the Court of Appeal (COA).

The Court of Appeal chapter

The most recent twist of this case came on 28 January 2021 when the COA handed down its judgement, and that proved to be another full U-turn reversing the UT’s decision.  The overturned UT decision considered that although zero rates have to be construed restrictively, the law must still be construed in a manner consistent with its objectives and not in such a way to prevent it being “always speaking” and to deprive it of its intended effect. Therefore, the UT would have treated printed and digital newspapers equally.

However, the COA identified a flaw in this approach because it felt the “always speaking” approach had been wrongly elevated above the requirement for strict interpretation. The COA considers that the law actually requires these two principles of interpretation to be applied concurrently without elevating one over another because “the exercise of statutory construction is a single exercise”. When interpreting the law to cover an unforeseen development, the Court is not permitted to fill the gap if there is insufficient congruence between the facts raised by the new development and Parliament’s intention as expressed when it enacted the provision. The COA concluded that the words in Item 2 of the zero-rating provisions had the ordinary meaning of a printed newspaper and not a digital version.

It remains to be seen if this case will be appealed on again. Although this case has gone through three tiers of the courts, there may be enough at stake for News Corp to want another throw of the dice. Despite the COA’s densely argued judgement, News Corp’s hope may not be extinguished because the COA did extend the courtesy of acknowledging there was “obvious cogency in the UT’s analysis”.

Tribunal decision in favour of exemption overturned on appeal

Another case which saw the FTT verdict overturned by the UT in January 2021 was HMRC V Anna Cook. Anna Cook supplied Ceroc dancing classes supplied to members of the public. Since dance is now part of the national curriculum for schools and because private tuition of subjects taught at school can be exempt, the FTT had held this to be an exempt supply.

The UT’s decision in January 2021 overturned this on the grounds that the FTT had not applied the test narrowly enough. To secure exemption for this private tuition, it would have to be in a form of dance ordinarily taught in schools. The UT found no evidence that Ceroc (which blends moves borrowed from various traditional dance styles including Latin and ballroom) is itself a form of dance ordinarily taught in schools. Therefore, in common with the News Corp case above we have an overturned decision because of lack of precision in application of the law. 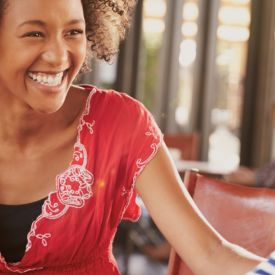