HMRC have told the Public Accounts Committee of their revised plans to deal with Brexit, and Donald Drysdale finds their evidence makes interesting reading.

On 30 April Jon Thompson and Jim Harra of HMRC gave oral evidence to the House of Commons Public Accounts Committee, as part of the Committee’s review of HMRC’s performance across a range of issues.

This evidence session was an opportunity to discuss HMRC’s re-prioritisation, in which they have decided to pause some work and stop other projects completely to make room for their additional work relating to Britain’s forthcoming exit from the EU.

The Customs Declaration Service (CDS) is currently HMRC’s “top project”. By completion it will have cost £270 million.

One of its most crucial aspects is the migration to CDS of current users of Customs Handling of Import and Export Freight (CHIEF), the existing system for processing trader declarations. Results of system testing of CDS will “probably” be known by July 2018, and then it goes “live” when the first traders start to migrate to CDS a month later in August. Even though the project has met all recent timetable targets, that sounds dauntingly ambitious.

Further testing will follow to ensure that CDS can handle volumes of up to 300 million transactions a year and performance of up to 100 transactions a second. Even if both these benchmarks are achieved, don’t forget that the shape of customs post-Brexit is yet unknown and therefore the precise day-to-day working requirements of CDS are still uncertain.

HMRC have differing contingency plans in mind (but not yet in progress) to scale up CHIEF in the event that CDS is still unavailable after Brexit. A “low effort” option might increase its capacity from 80 million to 230 million transactions a year. A “high effort” solution might be feasible, offering up to 600 million. To set either of these in motion, time seems alarmingly short.

Questioned about traders’ awareness of CDS, Harra stressed that HMRC see intermediaries (i.e. software providers and customs agents) as the key players. HMRC are communicating with such intermediaries and with trade associations. Haven’t we heard this before, with HMRC consulting on implementation of Making Tax Digital (MTD) almost exclusively with software houses rather than end users? In both instances, I think HMRC may be ignoring their key audience.

The unpredictability of Brexit affects not only the number of traders and transactions with which CDS will have to cope. It is the crux of the fundamental uncertainties about customs. To take one example, the EU concept of ‘authorised economic operator’ (AEO) status has varying advantages in different members states; HMRC are currently seeing an increase in applications for AEO status, apparently because it might have greater relevance under a new-style customs agreement – but on the other hand, it might not.

Thompson and Harra were grilled about the need for infrastructure at transit points such as ports and airports, and unsurprisingly the politically sensitive border between Northern Ireland and the Republic of Ireland was raised. They explained that HMRC are considering three different models for that border, aiming to support the seemingly irreconcilable objectives of free flow of goods and revenue collection.

For businesses, HMRC launched their voluntary MTD for income tax on 15 March. Their timetable for mandatory MTD for VAT remains on track, with implementation beginning from April 2019, but they will not impose any further MTD changes on businesses before 2020 at the earliest. Plans to create a single Business Tax Account for each business taxpayer have been slowed down.

Some progress has been made in the seemingly piecemeal development of functions which HMRC categorise under the broad heading of ‘MTD for individuals’. These include simple assessment and real time tax code changes, but progress on these has been halted – to be revived when future resources allow.

HMRC will continue to encourage more individual taxpayers to use their Personal Tax Accounts and will focus on improving the existing service, but will add new services only where they reduce phone and post contact or deliver significant savings.

IT projects have been paused where they would affect relatively few taxpayers, such as inheritance tax, tax-advantaged venture capital schemes, and PAYE settlement agreements. Resources will be re-deployed from tax credits (where new claims will cease in January 2019) to the tax-free childcare system.

HMRC are committed to delivering all additional work arising from “Budgets and Autumn Statements” for which they were given funding. No mention here of the latest Spring Statement, and perhaps a coded warning to the Chancellor that HMRC must be adequately funded to avoid overload.

Their current work covers a variety of projects including the soft drinks industry levy, the trust registration service, and work to tackle avoidance schemes that seek to exploit tax and NIC advantages through disguised remuneration and salary sacrifice arrangements.

In spite of the strong political pressures on the Government to tackle tax avoidance, planned improvements to the tools and processes used by HMRC’s compliance teams to identify, work and resolve compliance risks will now be delivered over five years instead of three.

The Committee spent a considerable time discussing new measures which are improving collection of VAT from overseas suppliers selling goods to UK customers. In January 2018 alone, some 27,550 overseas online retailers registered for VAT, raising an extra £100 million a year. Online marketplaces are being asked to commit to educating their sellers about their VAT obligations.

HMRC have also issued 1,300 ‘joint and several liability’ notices to online marketplaces, hoping to gather in an additional £110 million of VAT; perhaps such a statistic should be viewed with caution, given recent revelations that HMRC had to withdraw 1.28 million incorrect late filing penalty notices in the three years from 2014 to 2016 and 6,000 accelerated payment notices (APNs) over a similar period.

Also on VAT, HMRC are currently consulting on a new split payment scheme. The Committee expressed support for this but noted that the concept is not strongly supported by the EU. Subject to consultation feedback, Thompson hopes that the UK will take a global lead on it.

HMRC regard their move to thirteen regional centres as an essential feature of their transformation to maintain business as usual. Nonetheless, they have slowed down their plans for Longbenton and Nottingham to ensure that progress is manageable and costs are spread over a longer period.

Thompson explained how HMRC’s re-prioritisation exercise had sought to free resources for Brexit-related projects. In doing so they had stopped or slowed down 39 pre-existing projects and consolidated 70 others.

Committee member Lee Rowley, a former project manager, observed that the number of projects had reduced by between a third and a half, while project benefits in terms of running costs and efficiency savings would only be 5% less than previously expected. Noting that HMRC had managed to retain almost all of their benefits, reduce their projects quite significantly, and still deliver the Brexit ‘must haves’, he thought this a very ambitious place to be. 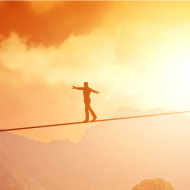 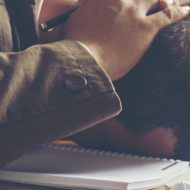 Digital tax: Will HMRC ever learn?