When Mr Higgins sold his home, he expected the gain to be covered by CGT Private Residence Relief (PRR). HMRC thought otherwise.

The house that Desmond built

The home had been a long time in the making. From exchange of contract in 2006, it was not until 2010 that the property purchase was completed and  Mr Higgins moved in. He sold the property in January 2012.

The relatively short period of occupation contrasted with a much longer period of ‘ownership’.

HMRC’s challenge was that the property had not been Mr Higgins main residence throughout the period of ownership from 2006 until contract for sale in December 2011. But looking at the facts, this was unsurprising as the apartment had not been built.

Can an unbuilt apartment be an asset for CGT?

The story so far

The First Tier Tribunal (FTT) decided that ‘period of ownership’ for PRR was when Mr Higgins had the right to occupy the premises as evidenced by completion. It therefore allowed PRR for the gain in full. At exchange of contract, ‘the Apartment did not exist at the date of the contract, the space where the Apartment was to be constructed was literally a space in a tower’ at the former St Pancras Station Hotel.

Consequently, a proportion of the total gain would be taxable. Only that part of the gain which arose when the property was actually occupied as a main residence could qualify for PRR.

The relevant dates for ‘period of ownership’ were from exchange of contract on purchase to that on sale.

The Court of Appeal (CA) reverted to the FTT opinion. For PRR relief purposes, ‘period of ownership’ is determined as the period between completion date for purchase and completion date for sale. This is a necessary interpretation, otherwise the intention of Parliament would be thwarted in the typical case – there would be a taxable gap between exchange of contract and completion.

The entire gain made by Mr Higgins was covered by PRR.

The Higgins case revolves around the meaning of ‘period of ownership’ for CGT PRR. There are two sections to consider; s 222 Taxation of Chargeable Gains Act 1992 (TCGA 1992), which sets out the scope of the relief in terms of the property it applies to and the circumstances in which it may be claimed; and s223, which determines the amount of the relief.

In the words of s222
(1) This section applies to a gain accruing to an individual so far as attributable to the disposal of, or of an interest in—

(b) land which he has for his own occupation and enjoyment with that residence as its garden or grounds up to the permitted area.

This is qualified by s223 ‘Amount of relief’, which sets out that:

Taking the two sections together, did Mr Higgins make a gain that was attributable to the disposal of a dwelling-house which had been his main residence throughout his period of ownership?

If the gain was entirely attributable to the disposal of his main residence then it would be free of CGT, but if the property, or an interest in it, had not been his ‘only or main residence’ at any time during his ownership, then that proportion would be a chargeable capital gain.

HMRC maintained that the period of ownership ran from contract for purchase to contract for sale. Ipso facto, as he wasn’t living in it throughout this period, there must be a proportion of the gain chargeable to tax.

Taking HMRC’s argument at face value, if ‘period of ownership’ for s222 and 223 TCGA 1992, means the period from contract to contract, then, in almost all cases, PRR would not be available to cover the entirety of the gain.

As the CA put it, HMRC’s approach would lead to:
"the inherent implausibility of Parliament having intended the principal private residence relief provisions to have a meaning that does not afford complete relief from CGT in the typical case of an individual or couple buying and occupying a property as their only home."

HMRC tried to wriggle off the hook by suggesting that the chargeable gain would be insignificant (particularly if calculated using monthly figures) and in any case, would be covered by annual exemption in most cases.

But the CA’s resolve was not to be shaken.

HMRC strongly argued that s28 TCGA 1992 must be used to determine the period of ownership for PRR.

S 28 is entitled ‘Time of disposal and acquisition where asset disposed of under contract’. It says:

(2)     If the contract is conditional (and in particular if it is conditional on the exercise of an option) the time at which the disposal and acquisition is made is the time when the condition is satisfied.

On the face of it, this is a clear statement that the contract date, and not the completion date, should be used. How could the court find otherwise?

Theatre of the absurd

First of all, sections 222 and 223 make no mention of s28. Going further, the courts have found that s28 is not of universal application. The scope of s28 must be limited as it introduces an element of arbitrariness which may produce bizarre results.

The CA concluded that ‘there is no necessity to measure “period of ownership” by the times of acquisition and disposal for which section 28 provides’. Instead s28 should be viewed as deeming provision, ‘the applicability of which must be assessed in the specific context’.

The fact that using s28 would deny full relief in the ‘paradigm case’, indicated that it should not be applied to PRR.

HMRC cited s 222(7) as another reason to reject the notion that the period of ownership should only be measured from completion. S222(7) covers the situation where someone owns different rights in a property at different times.

But the Court pointed out that s222(7) had no application to the question of whether someone who has only contracted to buy a property has relevant ownership for PRR.

The section is concerned with a case such as where someone buys a leasehold interest and later acquires the freehold. S 222(7) exists to ensure consistency: if the costs of the earlier interest are to be taken into account when determining any gain, the period of ownership must also include that earlier period.

Suppose individual A wanted to buy a second home, and they asked a friend (B) to do this for them. They contract with B to buy the property from B, but do not complete the purchase for 10 years, and then immediately sell it on to a third party.

The Court struck down this argument too saying ‘There is no requirement that “ownership” be legal rather than equitable’. So, in the hypothetical scenario outlined, B would presumably be holding the property on bare trust for A. A’s period of ownership would therefore start with the acquisition by B on A’s behalf.

The court decided to overturn the UT decision and uphold the FTT decision: Mr Higgins’ “period of ownership” of the Apartment for the purpose of section 223 of the TCGA 1992 did not begin until his purchase was completed.

For PRR, exchange of contract is not the key date. Rather, the date of completion, which brings with it the right of occupation is to be used. 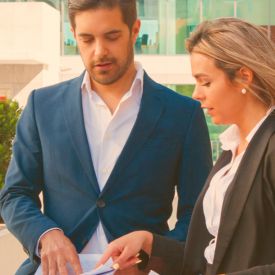 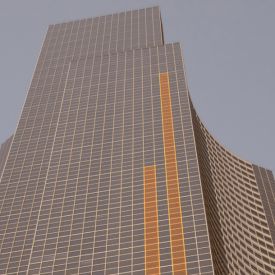