Having gained valuable experience participating in the ICAS Tax Board and its committees during his career to date, Donald Drysdale encourages others to do the same.

The ICAS Tax Board has a number of agreed policy positions, and these are continually reviewed and updated. Its work focuses particularly on tax administration (including Making Tax Digital), devolution of taxes, and simplification of tax law and policy.

In adopting and actively pursuing its policy positions, the Tax Board seeks to ensure that ICAS and its members are highly regarded in relation to UK taxes by all stakeholders – members, fellow professionals, employers, government, revenue authorities and the public.

As an example of one of its key tax policy positions, the ICAS Tax Board seeks to simplify UK tax law and policy. Essential objectives of this are to:

ICAS believes that tax law which is simpler, particularly at the point of delivery to the taxpayer, should encourage compliance and make avoidance more difficult.  It should help reduce taxpayers’ compliance costs, while also keeping HMRC’s collection costs to a minimum.

If UK tax laws (including devolved tax laws) were simplified, they would convey a greater degree of certainty, reducing disputes and thus avoiding negative use of resources.  Public perceptions of tax laws and the legislative process would be improved, and the UK might be seen as a more attractive place to do business.

The Tax Board has oversight of five Committees, each of which has responsibility for a certain area of tax. Currently they cover the following branches of tax:

Each tax committee tends to meet three times a year to consider issues affecting its discrete area of tax, and to undertake or sponsor related projects from time to time. Maintaining constructive dialogue with key contacts at the relevant tax authorities is a vital part of their activities.

Opportunities to get involved

Serving on an ICAS tax committee or as a member of the Tax Board can be a valuable and rewarding experience at any stage in a member’s career. Where pertinent, non-members with relevant expertise may also be invited to serve.

Volunteers from among committee or Tax Board members get opportunities from time to time to represent ICAS at meetings with officials from HM Treasury, HMRC and Revenue Scotland, and with representatives from other outside bodies.

Involvement in leading-edge discussions with government representatives, often in highly confidential circumstances, can provide early warning of tax policy changes being considered, offering opportunities to have a material influence over eventual outcomes.

Committee decisions are reached collectively. Wide-ranging discussions among committee or Tax Board members of varying ages and experience can prove to be excellent networking opportunities, as well as valuable training and development experiences.

Practising firms, and other businesses of whatever nature that employ CAs on tax work, can encourage their up-and-coming staff (particularly younger ICAS members) to serve the Institute at no risk themselves. In doing so, they are giving those members of staff unique scope to broaden their knowledge and experience in the tax profession.

Although ICAS is headquartered in Edinburgh, its influence is far-reaching and it is always keen to reflect this by seeking tax committee and Tax Board volunteers from across the UK – and in some cases even further afield. For convenience, participation at meetings can be by telephone or video conferencing.

ICAS is apolitical in its views, but is dealing with tax changes largely driven by party politics. Regardless of the outcome of the forthcoming general election, 2020 can be expected to prove an interesting and formative year for UK-wide, devolved and cross-border taxes.

Brexit may reach a swift resolution within the next month or two, with or without a formal deal with the EU, or it may continue to drag on interminably. Whatever happens, the potential impacts of Brexit on looming UK and Scottish Budgets are as yet incalculable.

Election manifesto pledges on public spending and tax so far announced by the main political parties suggest that government borrowing will rise, whoever comes to power. This seems likely to have significant impacts on future tax, social security and spending policies.

The Scottish government’s ability to pursue its hitherto distinctive tax policies may be hampered by a new Westminster administration intent on slashing income tax in the rest of the UK – perhaps fanning the flames for those demanding another referendum on Scottish independence.

If you wish to help ICAS in influencing the big tax issues which inevitably lie ahead, you are welcome to contribute your views on any tax topics so that these can be taken into account in submissions to the relevant authorities.

Alternatively, please consider how much more you and ICAS could benefit if you were to volunteer – or encourage one of your partners or staff to volunteer – to join the ICAS Tax Board or any of the ICAS tax committees.

You can contact the ICAS tax team on tax@icas.com 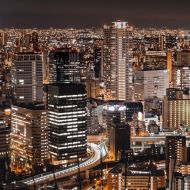