Reflecting on anomalies that have arisen with ADS, Donald Drysdale hopes that the Scottish Government will find a better way to correct, update and maintain its devolved taxes.

Ever since land and buildings transaction tax replaced stamp duty land tax in Scotland from 1 April 2015, LBTT and SDLT have been competing for attention – playing (alternately) one-upmanship and catch-up.

From 1 April 2016, higher rates of SDLT were introduced – effectively a 3% supplement – on acquiring an interest in a dwelling for £40,000 or more, if it will not be the acquirer’s only dwelling worth £40,000 or more anywhere in the world.

Not to be outdone, the Scottish Government decided to mimic the SDLT higher rates (but not their precise legislative terms) by introducing a 3% additional dwelling supplement (ADS) on the purchase of additional residential properties for £40,000 or more from 1 April 2016. From 25 January 2019 the ADS rate was increased to 4%.

ADS is essentially a property tax, but it is fraught with complications. Although it may arise on acquisition of a property, it is not simply a transactional tax. Whether it applies depends to a large extent on the taxpayer’s circumstances.

One policy objective of ADS was that married couples, civil partners or cohabitants should be treated as single economic units to counter the risk of properties being moved between individuals for the purposes of tax avoidance.

While ADS can apply also to companies and other non-individual purchasers, if the taxpayer is an individual one has to ask whether this is the only dwelling which they (or their spouse, civil partner or cohabitant) own anywhere in the world when the property purchase is completed.

Difficulties tend to arise with ADS, particularly when couples first get together or when they separate or divorce.

In certain circumstances, no ADS will arise where the buyer is replacing their only or main residence. However, determining whether a dwelling is a taxpayer’s or couple’s main residence for ADS purposes is not always straightforward.

Simply moving house may attract ADS. For example, if a taxpayer renting a house as their main residence buys a new dwelling for this purpose, moving out of the rented house, they have not necessarily replaced their only main residence in accordance with the legislation. If they already own (say) a buy-to-let dwelling, ADS would apply on acquiring their new home.

Even in a simple case where a taxpayer is replacing their only or main residence, the new dwelling may be acquired before the old property is disposed of. In such a case the taxpayer will own an additional dwelling on the effective date, so ADS becomes payable.

Problems for some couples

The original intention was that ADS on purchasing a new main residence could be reclaimed where the sale of the former home took place within the next 18 months.

However, where spouses, civil partners or cohabitants were jointly buying a dwelling to replace a home that was owned by only one of them, repayment of ADS could not be claimed as only one name appeared on the title deeds of the old residence. The couple were a single economic unit in determining whether ADS applied, but not in determining whether it should be repaid.

In 2017 this anomaly was corrected by secondary legislation which provided that the ADS in question could be reclaimed despite only one name being on the title deeds of the former home.

Secondary legislation can’t be backdated, so later in 2017 new primary legislation was introduced to give retrospective effect to the change from 1 April 2016. Even so, it still doesn’t address all the situations where one might expect it to.

The legislation which implemented ADS was rushed in at short notice to become effective by 1 April 2016. Hurried tax legislation is rarely good legislation, and it was therefore no surprise that anomalies have emerged.

Following input from the Law Society of Scotland, the Scottish Parliament’s Finance and Constitution Committee has noted further anomalies that may need to be tackled, including:

Pressure to rectify ADS law exemplifies a wider problem. Each of Scotland’s devolved taxes and (separately) their shared tax management provisions were established by stand-alone statutes, with no co-ordinated process for maintaining them and making necessary changes.

To make changes needed to any devolved taxes, including ADS, ICAS and other professional bodies have called for the adoption of a regular process to deal with these in primary legislation – thus ensuring effective Parliamentary scrutiny.

Helpfully this need was highlighted by the Scottish Budget Process Review Group (BPRG) in its report dated 30 June 2017.

Second, it advocated that the Scottish Government should examine the need for a Finance Bill, and should bring forward any recommendations on this by the end of the current Parliament.

These recommendations are now being considered by a Devolved Taxes Legislative Working Group , on which Charlotte Barbour represents ICAS.

The impact of ADS is significant. During its first three-and-a-half years, it has been paid on some 75,000 transactions.

ADS is an emotive tax. It is levied on private homes, in addition to normal rates of LBTT, at a time when buyers tend to be over-stretched financially.

Both taxes combined are seen by taxpayers as eye-wateringly expensive. They are almost certainly having adverse effects on housing supply and mobility of labour. 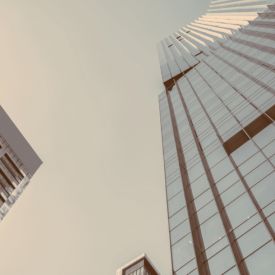 Report looks ahead to Scots Budget 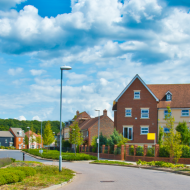