MTD for VAT first submissions – what we have learnt

With some important milestones passed, how is MTD for VAT shaping up?

Though some businesses reported trouble free filing, one poll suggested that for three quarters of tax agents, it had not been entirely trouble-free. So where are the bottlenecks and what have we learnt?

While over one million businesses had signed up to MTDfV by the second quarter stagger, around 26% of mandated businesses were missing. Though the majority of ‘missing businesses’ may well be unrepresented taxpayers, agents still reported signing up issues.

Last minute data mismatches, restricted signing up windows, especially where direct debits were involved, and authorisation issues, meant that some clients didn’t get there in time. Not signed up meant couldn’t file under MTD for VAT.

While HMRC’s initial approach has been flexible - file under the old system this time but make sure you sign up for MTDfV for the next submission – this can be a double-edged sword. Some clients went away with the idea that the push to sign up was crying wolf; but the reality is that HMRC is entitled to charge penalties where a mandated business does not file via the API.

Going forward, we can’t expect such leniency to continue. So, the message, yet again, is don’t leave signing up to the last minute. As soon as the last non-MTDfV return is submitted, look to sign clients up.

Whose problem was it?

There are many potential candidates. It could be problems with commercial software, HMRC’s API, the Agent Services Account or the choice of filing routes: from bridging software to direct submission for accounting packages.

Unsurprisingly, this brings uncertainty as to where the error lies. HMRC helpfully released a list of frequently encountered issues and error codes. This is very useful reading if you hit submission problems.

Another useful resource is HMRC’s Developer Hub. This is not for the fainthearted, but it is full of information which is not available elsewhere. For example, it contains the VAT (MTD) end-to-end service guide. This sets out what commercial software approved for MTD for VAT should (or must) be able to do.

Interestingly, if you follow through the guide, there is apparently no obligation for MTD software to provide a submission receipt. So, it is up to you, or your client, to check if your software does deliver this, and to take appropriate action to prove submission by alternative means if it doesn’t. The HMRC system doesn’t provide a fall back.

For those who really like their technology, there is a techy guide to error codes and an errors reference guide.

There can be timing differences between systems so that a client’s software may say that a return has been submitted, but it is not visible to the agent. This is sometimes the result of processing delays at HMRC.

HMRC advice is that where software submits a VAT return from Monday to Friday, during normal working hours, the obligation gets updated by the following morning or earlier. But if the filing is after 6pm on a Friday, HMRC’s system may not be updated until the following Tuesday (or even Wednesday if there is a bank holiday).

Currently only VAT returns submitted via the API are visible through MTD for VAT. Previous VAT returns should be visible to the client via their business tax account.

For some businesses we are already more than half way though the twelve month penalty soft-landing period. So now is the time to ensure digital links are in place and records are fully compliant.

HMRC is trying to remind mandated businesses of the need to sign up, but unfortunately it cannot accurately identify who should be in. In particular, businesses with significant exempt supplies may have significant total turnover, but little taxable turnover.

The result is that some voluntarily registered businesses are getting ‘nudge letters’ from HMRC telling them that they have missed filling deadlines under MTD. It is not always clear to clients that none of this applies where taxable turnover is below the £85,00 mandation threshold. The first you may hear of it is the outraged phone call from a client who assumes that you ought to have told them and fears that they are now liable to penalties. Forewarned is forearmed – it may be sensible to contact any clients who are voluntarily registered and explain the possibility of a nudge letter. It may avoid some ruffled feathers.

HMRC announced in October that businesses with complex or legacy IT systems may apply for additional time to put digital links in place.

Points to note are that businesses need to apply to HMRC giving reasons and indicating when they will be fully complaint. Cost alone is insufficient reason for being granted an extension. Applications need to be made before the end of the businesses current soft landing period (31 March 2020, or 30 September 2020 for businesses which are in the deferred start group).

Further details are in section 4.2.1.3 (Digital links deadline extensions) of the MTD for VAT Notice.

A straw poll suggests a 80:20 split, with the majority of businesses avoiding significant filing problems. There have been significant set-up problems, particularly with the Agent Services Account, and it is to be hoped that HMRC will allow the system to stabilise, and bring in the missing businesses, before there is further rollout of MTD to other taxes. 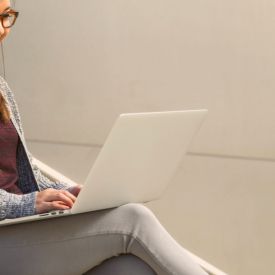