ICAS has submitted a response to the HMRC consultation ‘International Tax Enforcement: disclosable arrangements’ and the related draft regulations, which will implement the EU directive (known as DAC 6) in the UK.

The details of DAC 6 were discussed in an earlier article. Broadly, it requires intermediaries to report details of certain cross-border tax arrangements (those which meet specified criteria) provided to clients, to the tax authorities in the relevant EU member state. In certain circumstances the reporting requirement shifts to the taxpayer using the arrangements.

‘Intermediary’ includes any person that designs, markets, organises or makes available for implementation (or manages the implementation of) a reportable cross-border arrangement. Intermediaries can be individuals or companies (and could include accountants, advisers, lawyers, banks, etc).

The UK regulations giving effect to DAC 6 will be applicable from 1 July 2020 and intermediaries will have to file their first reports with HMRC by 31 August 2020. However, this first report must include details of any arrangements where the first step was undertaken between 25 June 2018 and 1 July 2020.

The draft regulations follow the directive closely and draw directly on definitions and concepts in DAC 6. The consultation sets out the approach HMRC intends to take in interpreting DAC 6 and explains HMRC’s current views on how the rules will operate in practice. Material in the consultation – refined in the light of responses submitted - is expected to form the basis of the guidance which will be issued alongside the final regulations.

ICAS has participated in a series of working group meetings with HMRC to discuss the UK implementation of DAC 6, including a recent one specifically to consider the consultation. The ICAS written response to the consultation builds on these discussions; key areas covered by the response include:

The impact of Brexit on the UK implementation of DAC 6 is unclear at the time of writing. The expectation has been that the UK will implement the Directive, in spite of Brexit, because of the anticipated transitional period).

However, there are likely to be issues to resolve with DAC 6, because the reports will be shared between EU member state tax administrations via an EU database. It is not clear what would happen if the UK leaves the EU without any agreement – and therefore without a transitional period. It is also unclear what might happen at the end of any transitional period.

ICAS would welcome input on any issues you think should be addressed in the forthcoming guidance – which have not been covered in our response to the consultation. If you have any comments please let us know. 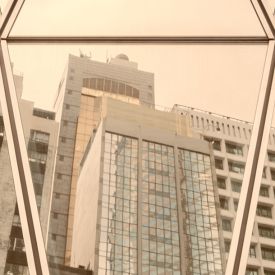 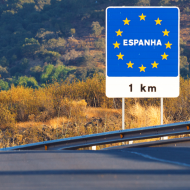