The latest in a growing collection of tax case decisions involving TV presenters has been released a year after it was heard at the First Tier Tribunal (FTT) in October 2020. This case concerns itself with Dave Clark, who is known for presenting sports slots on Sky.

Mr Clark has worked for both iterations of what is now Sky TV since July 1988. He initially invoiced the broadcaster as a self-employed worker but in June 2003, at the request of Sky, he formed a company called “A Little Piece of Paradise Ltd”. He then supplied his personal services to Sky as well as to other entities through the company (intermediary).

Following a review, HMRC issued determinations that deemed Mr Clark to have been within Chapter 8 ITEPA 2003 (IR35) during the tax years 2013/14 to 2017/18, amounting to £281,084 in PAYE and Classes 1 and 1A NICs. Interest and penalties would be added to this figure, but HMRC had not taken such matters as allowable expenses and pension contributions into account, so the eventual figure determined as payable is yet to be calculated.

The First Tier Tribunal examined three mainstays of employment status: Mutuality of obligation, control and substitution. A fourth category of whether the presenter could be said to be sufficiently independent to be in business on his own account was also considered.

Mutuality of obligation: The Tribunal set out the terms of a hypothetical contract in line with the requirements set out by Park J in Usetech. Had a direct contract existed between Clark and Sky, the FTT found that although the three ‘framework agreements’ which covered the dates of the determinations were fixed term with no intention on either side to create an employment relationship, this intention was let down by the payment arrangements. The payments were made monthly for a fixed amount regardless of the number of hours worked, whether absences or overtime took place, as if they had been made to a regular employee, which in itself conferred an element of dependency by Mr Clark on the income, especially as there was very little time to carry out other work in return for payment elsewhere.

Overall, the Tribunal concluded that mutuality of obligation existed, using the definitions set out in the 1967 case of Ready Mixed Concrete. The submissions made by both sides were also clearly in agreement with this approach, since they had been made using the tripartite principles set down by McKenna J at para.515 in that case.

Control: Due to the existence of some additional clauses in the framework agreements which afforded the broadcaster significant amounts of control over Mr Clark, the Tribunal concluded that Sky had the last word on the broadcasting rights as well as how much (or how little) work Mr Clark could perform outside of Sky. In fact, it transpired that Mr Clark was very limited in how he carried out his work day-to-day, as even the production of the shows was tightly controlled. Over time the non-compete and non-solicitation clauses had been expanded significantly. Intellectual property assignation clauses and non-disclosure agreements sealed the deal. Not surprising, then, that the Tribunal concluded that sufficient control was exercised over Mr Clark to categorise him as being employed.

Substitution: Turning to the matter of right of substitution, an argument had been mounted by Mr Clark to show that another presenter, Rodd Studd, had taken Mr Clark’s place occasionally. This was something of a misleading argument, however, because Mr Studd was actually a Sky employee, and had not been independently contracted by Mr Clark to stand in for him when he couldn’t be there. Nor did Mr Clark pay Mr Studd out of his own fees when he stood in for him. Bearing in mind that the contracts did not contain any rights for Mr Clark to turn work down and appoint a substitute, Sky thus had the ultimate power to decide who could stand in, and even to decide whether Mr Clark was even permitted to be absent from work. The FTT referred to the comments made by Lord Wilson in Pimlico Plumbers regarding the test that best represents a contract of service   ̶   providing the services personally   ̶   when he said: ”The sole test is, of course, the obligation of personal performance; any other so-called sole test would be an inappropriate usurpation of the sole test.” Using this authority to dig deeper into the substitution element, the FTT then went back to Usetech to determine whether the right of substitution was one of fact or merely an illusion. They concluded it was the latter.

Although Mr Clark had gone to the trouble of taking out his own public liability insurance policy as well as using his own equipment and premises to undertake his preparatory work before a broadcast, this was not deemed by the FTT to sufficiently demonstrate that Mr Clark was taking a financial risk on a level with being in business on his own account because these activities did not allow him to lose or gain money from making detrimental or profitable business decisions. Indeed, Sky confirmed in its submissions that Mr Clark was not required to provide any of his own equipment to undertake his role as a presenter and specific research duties were not allocated to him: it was simply that he was an acknowledged expert and as such was expected to be completely up to date with all relevant developments in his field. The landmark case of Hall v Lorimer was once again referred to in this context as an aide to decision-making by the FTT.

Paragraph 53 of the judgement notes an important change to the contracts of Sky presenters. It reads:

“In November 2018, an announcement letter was issued by Sky to ‘Sky Sports Talent’ to notify all ‘on-air talent’ (including Mr Clark) of the change to be implemented by April 2020. The change followed from the requirement by HMRC for the Public Sector Broadcasters (the BBC and Channel Four) to assess whether all their workers on PSC contracts should be treated as employees being extended to the private sector broadcasters like Sky. The announcement stated that:

'The assessment … is restrictive and means in practice, that nearly all on-air talent currently engaged via PSCs will no longer qualify as self-employed. Therefore, we have taken the decision that going forward we will no longer be able to engage on-air talent through PSCs or Sole Traders. […] The change will take effect from the end of your current PSC arrangement.'”

This is a telling event in the fact pattern of this case and shows that there was a conscious effort on the part of Sky to unpick arrangements that could potentially be caught under IR35.

Whilst this case appears to be a standard run of the mill status case it does emphasise that the Ready Mixed Concrete case and the staples of mutuality, control and substitution are the abiding key issues employment tax practitioners still need to be mindful of when advising clients, and that they should not be thrown off balance by red herrings such as unstable substitution arguments or the notion that provision of equipment can demonstrate that a person is automatically in business on their own account or bearing significant financial risk. 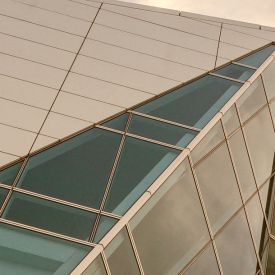 Blinded by the (Northern) Light