Justine Riccomini considers the latest employment status case coming out of the Court of Appeal and wonders how far the case will go before it is finally decided.

The case decision of HMRC v Professional Game Match Officials Ltd (PGMOL), issued on 17 September 2021 and which concerns itself with the employment status of part-time professional football referees, has now been referred back to the First Tier Tribunal by the Court of Appeal. It is thought by many that the eventual final conclusions in this case may be likely to have an effect on other status cases pending decision, such as the 2019 case of Mantides, because PGMOL concentrates in the main on the principles of mutuality of obligation and control, which have been examined in some detail, and if the PGMOL case is to form a precedent, it will be likely to influence thinking in terms of how to consider these two principles in future.

The Court of Appeal decided that the FTT and UT had not placed a correct interpretation (i.e. they had “erred in law”) on the key employment status concepts of Mutuality of Obligation and control (FTT on both concepts; UT only on Mutuality) – and the Court of Appeal directed that the case should be remitted back to the FTT to consider, on the basis of its original findings of fact, whether there were sufficient mutuality of obligation and control in the individual contracts for those contracts to be contracts of employment.

The decision noted that it would not be appropriate for the Court of Appeal to make those assessments, which it said were “best made by a specialist fact-finding tribunal, not an appellate Court”.

In recent cases heard in respect of IR35, Off-payroll working arrangements, and general employment status matters, the trend has been for the courts to place an increasing reliance on the Ready Mixed Concrete case; in other words

“A contract of service exists if three conditions are fulfilled. (i) The servant agrees that, in consideration of a wage or other remuneration, he will provide his own work and skill in the performance of some service for his master. (ii) He agrees, expressly or impliedly, that in the performance of that service he will be subject to the other's control in a sufficient degree to make that other master. (iii) The other provisions of the contract are consistent with its being a contract of service.

This is not what happened here.

The Upper Tribunal had reached the same conclusions as the FTT on the issue of mutuality – that it had ceased to exist when the contract was terminated prematurely. The Court of Appeal concluded that they therefore also erred in law on this point. Added to this, the UT had been mistaken in aspects such as their interpretation of the relationship between individual and overarching contracts, and the presumption that an employer would be able to impose a form of sanction for breach of contract – but seeing as no such sanction existed, the referees could not be employed.

Turning to the concept of control – the Court of Appeal said the FTT had erred by concluding there was insufficient control to deem the referees to be employees, for two reasons. At paras 126 and 127 of the decision, Lady Justice Laing opined that the FTT had asked itself the wrong questions – first, by asking whether “PGMOL had ‘an even theoretical right to step in’ while the referee was actually officiating” which was too narrow – instead, they should have considered the overarching contract “amounted to a sufficient framework of control”.

Second, the FTT had erred by asking whether the training and assessment protocols had a significant impact on the level of control exerted over the referees. They concluded that it had not, when instead, Lady Justice Laing opined that it should have been possible for the FTT to realise that the training and assessment protocols provided an overarching framework for consistency of approach to refereeing – and thus, how the role was executed, by an ongoing and continuous process of review and reflection.

Added to this, the Court of Appeal decided the UT had been mistaken in their presumption that an employer would be able to impose a form of sanction for breach of contract – and seeing as no such sanction existed, the referees could not be employed.  The Court of Appeal considered this to have been too narrow an interpretation, whereas consideration of the overarching nature of the contracts would have delivered a different result.

Cat amongst the pigeons

The Court of Appeal decided to refer the case back to the FTT so that it could consider, on the basis of its original findings of fact, whether there were sufficient mutuality of obligation and control in the individual contracts for those contracts to be contracts of employment.

The outcome remains to be seen, but this case does appear to be moving towards an HMRC victory following this judgement – and goes against what most status experts were thinking would happen.

One thing that is needed from this case is a precedent on how much weight mutuality of obligation actually carries when determining employment status so that tax advisers and employers understand what is required of them when making Status Determination Statements for off-payroll workers and when trying to grapple with and understand the employment status landscape generally. 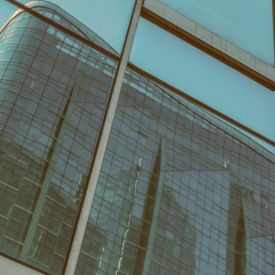 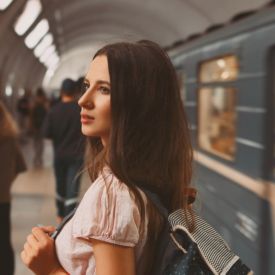