Blinded by the (Northern) Light

Justine Riccomini explains the outcome from the Upper Tribunal of the latest in a series of IR35 cases.

On 8 June 2021, the Upper Tax Tribunal handed down its judgement in the case of Northern Light Solutions Ltd v Revenue and Customs Commissioners [2021] UKUT 134 (TCC).

The case involved an IT contractor (Mr Lee) who provided his services to Nationwide Building Society through an intermediary company, Northern Light Solutions Ltd over a seven-year period (2007 – 2014). HMRC challenged a series of contracts which were deemed to fall outside of IR35 between 2012 and 2015. The First-Tier Tribunal found for HMRC, deciding that were it not for the presence of the intermediary, Mr Lee would have been an employee of the Nationwide, as determined by Section 49 Income Tax (Earnings and Pensions) Act 2003 Section 1(c).

As both parties agreed that both Sections 49 (1)(a) and (b) were already in place in this case, the issue which the Upper Tribunal had to resolve was whether Section 49 (1)(c) applied – i.e:

“the circumstances are such that—

(i)if the services were provided under a contract directly between the client and the worker, the worker would be regarded for income tax purposes as an employee of the client or the holder of an office under the client, or

(ii)the worker is an office-holder who holds that office under the client and the services relate to the office.”

To determine this, it was agreed that a similar approach should be adopted as took place in two other recent IR35 cases (Kickabout, Atholl House). This three-step approach was set out as follows by Herrington J and Brannan J in their decision:

1.“Find the terms of the actual contractual arrangements… and relevant circumstances within which Mr Lee worked”.
2.“Ascertain the terms of the 'hypothetical contract' (between Mr Lee and NBS) postulated by s 49(1)(c)(i) of ITEPA 2003 and the counterpart legislation as applicable for the purposes of NICs”.
3.“Consider whether the hypothetical contract would be a contract of employment”.

Although it was agreed to allow the appeal on four grounds in July 2020, there was a certain controversy about how the four grounds were then framed by the appellants in their submission to the Upper Tribunal. The respondents argued that the grounds for appeal had been set out wider that they were permitted to be the appellant, especially in respect of the question of substitution. Nevertheless, as the judges considered that the additional scope of three of the appeal grounds presented no detriment to HMRC, these three grounds were admitted. The fourth appeal ground relating to the “part and parcel” element was deemed to be too wide-ranging and contain irrelevancies and was refused.

The outcomes at the Upper Tribunal in respect of each Ground were as follows:

The First Tier Tribunal had examined a typical project for Mr Lee to work on under his contract with Nationwide.
Some key facts established were:

The appellants claimed the FTT was incorrect to determine that there was sufficient presence of mutuality of obligation in the hypothetical contract to formulate a contract of employment between the parties. They stated that the position was rather, that Nationwide was not obliged to provide further work to Mr Lee – even if he has completed the work set out in the contract before its anticipated termination date. Neither was Mr Lee obliged to continue beyond the completion of the proscribed work regardless of the end date. Moreover, the FTT’s reference to Quashie was flawed.

In examining the work undertaken by the FTT, the UT judges concluded that they should adopt the approach taken by McKenna J in the Ready Mixed Concrete case, which is still considered to be the “go to” case for examining mutuality of obligation. They considered that the establishment of mutuality has two strands to it: The first being that a form of contract must exist between the parties, and second, that contract must contain sufficient elements of control and personal service to represent a contract of service.

Furthermore, the “irreducible minimum” of mutuality is that there must be an obligation on one party to offer work, and for the other party to carry it out as part of a “wage/work bargain” as described by in Cotswold Developments by Langstaff J. This long-established factor was noted by the UT to have arisen in the recent case of PGMOL where it was set out that … “it is insufficient to constitute an employment contract if the only obligation on the employer is to pay for work if and when it is actually done” – in other words, the employer should provide the work initially to enable the employee to carry it out and be paid for it.

Consequently, the Judges found that in this case, mutuality had in fact existed in each of the hypothetical contracts and as such, the second Ground was dismissed.

The main outcome for employment tax practitioners to note in terms of the substitution point is that the judge held up Pimlico Plumbers to be the leading authority on substitution – in that case, it was held that merely being in possession of a contractual right of substitution is not enough to determine the status of the worker – substitution actually has to happen - and the correct way to test this is to examine how dominant the personal service clause is in practice.

In this case, the evidence showed that …‘it would not be viable for Lee to substitute himself for the work as the substitute would not be able to get through security, they would not have a laptop nor knowledge of the work. The reality was that it was not going to happen’.

Using the Supreme Court’s approach to substitution in Pimlico Plumbers as the yardstick enabled the Upper Tribunal to conclude that providing personal service was a key feature of the contract between Northern Light and the Nationwide – rendering Mr Lee within IR35 and dismissing the third Ground.

Note that this approach on substitution clauses contrasts sharply with the recent case decision in June 2021 by the Court of Appeal in the Deliveroo employment case, where on that occasion, the judiciary decided that it was sufficient to have a substitution clause in the contract even though it was rarely, if ever, utilized – and in that case, the Deliveroo riders were deemed to be self-employed due to this factor.

4.Part and parcel of the organisation

The appellants claimed the FTT had not demonstrated a robust case for determining that Mr Lee fell to be part and parcel of the Nationwide. This fourth Ground relating to the “part and parcel” element was deemed to be too wide-ranging and to contain irrelevancies and was refused admission – which meant that the judges refused to consider it at all.

Outcome of the Upper Tribunal decision

The Upper Tribunal agreed that the First-Tier Tribunal, who first heard the case in February 2020, had not erred in law and its decision was sound.  It is not clear whether HMRC will rely on the judiciary’s reasoning on the mutuality of obligation point in future – as it differs slightly from their currently published interpretation of the Ready Mixed Concrete definition – HMRC currently believe that Mutuality of Obligation is present in any contract, which is contrary to what McKenna J set out in his summing up of that case, but is consistent with Langstaff J’s comments in the Cotswold Developments Construction Ltd v Williams [2006] IRLR 181 Employment Appeal Tribunal case (“ Speaking for myself I would prefer to use the concept of mutuality only in relation to the question whether a contract existed between the parties.”)

Whilst this decision appears sensible due to the approach taken in terms of the tax and employment law cases chosen as referral points, it highlights the perennial difficulties in employment status decision-making for employers and tax advisers who are seeking to reach a sensible and robust conclusion outside of the courts.

Email the tax team on tax@icas.com or start a conversation on CA Connect – the forum for ICAS Members. 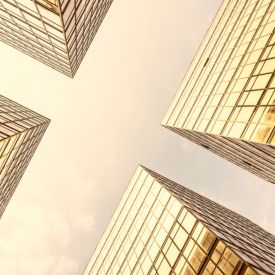 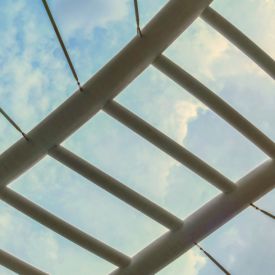