Jan Garioch CA discusses a recent case, Udlaw Ltd v HMRC, which saw the FTT give weight to sad family circumstances when deciding if HMRC was correct to impose penalties on an under declaration.

In 2016 Bonnie Gleeson became a director of Udlaw Ltd which was a family business letting mobile homes at a holiday park in Cornwall.  At that time, she knew little about the business because her father had treated it as “his baby” and one of her brothers had lived on site dealing with day to day matters. Mrs Gleeson simply electronically submitted its VAT returns after these were prepared by a bookkeeper and signed off by her father. Accountants were retained to assist in financial operations and prepare the annual accounts.

Their assistance included reconciling the money received from holiday lets as reflected by sales invoices and the income shown in the annual accounts. During an amalgamation undergone by the accountants, they stopped performing that reconciliation. That resulted in an under declaration because appropriate adjustment was not made for a 20% retention which was partly paid as commission to an agency which assisted in lettings and partly paid to a fellow VAT group company which incurred exempt expenses in connection with the lettings. The assessment for £24,933 of underpaid VAT was paid.

This appeal was triggered when in 2018 HMRC notified their intention to charge a 15% penalty because of “careless behaviour”. Mrs Gleeson took the view that any mistakes had not been made deliberately and felt that having paid the VAT, she was being unfairly penalised. The Tribunal had no difficulty in identifying circumstances that needed to be considered in the case. Mrs Gleeson’s father had been very ill with prostate cancer and ultimately died in 2017. Her mother died in 2015. Her brother who resided at the holiday camp also died and her remaining brother suffered a stroke in 2016.

What the legislation and case law say

The Tribunal was clear that para 16 Sch55 FA 2019 gave HMRC (and the Tribunal if HMRC made a flawed decision) wide discretion to reduce a penalty where circumstances make it right to do so. The only restriction is that the circumstances must be “special”. Debate on whether this means uncommon, exceptional, peculiar etc was not in point according to the Tribunal. What matters is simply whether HMRC (or the Tribunal) think circumstances are sufficiently special that it is right to reduce the penalty.

Furthermore, the Tribunal knew from their own experience that HMRC could make concessions right up until, and even during the Tribunal proceedings. Presenting officers are not just advocates, but representatives of HMRC with power to make concession during hearings, and even withdraw assessments entirely. Looking at past cases, the Tribunal could see that decisions by HMRC in regard to special circumstances require reasons, otherwise the Tribunal cannot know whether the decision was flawed.

The submissions from HMRC and the appellant

The representative for HMRC accepted that the penalty did not arise because of deliberate behaviour, but regarded the errors as careless as they occurred consistently over a number of years and the amount of underpayment should have been easily identifiable. Mrs Gleeson, on the other hand, felt the returns were incorrect because of her father’s protracted illness and subsequent death. He took his eye off the ball because of his illness, the death of his wife and his need to sell the loss-making caravan park which he found difficult to accept.

Reasonable care had been taken

The Tribunal did find it “pretty extraordinary” that the accountants failed on reconciling the cash position and accounting position. They recognised that the simplicity of the reconciliation opened the door for HMRC to say the appellant could not forget about it although it had been devolved to the accountants. However, in testing whether a taxpayer had taken reasonable care, they had to test this considering the behaviour of a reasonable taxpayer in the position of the particular taxpayer in the appeal.

From that perspective, the Tribunal found a man who was suffering from prostate cancer for most if not all of the period under appeal. His eyesight was failing. His wife died in 2015. His surviving son had a stroke in 2016. The apple of his commercial eye, the holiday park, was loss-making and was to be sold. In these circumstances, they found it wholly acceptable to rely heavily on the accountants. Therefore, they allowed the appeal on the basis that the appellant took reasonable care.

The Tribunal did not stop their deliberations at that point.  They carried on to make a decision on whether HMRC had been correct to refuse to mitigate the penalty on the three occasions when they reviewed it. In the first review, although HMRC were aware of the father’s death, they made no reference to that in their decision. Since the death could represent a special circumstance, it was a flawed decision to fail to take this into account. In the second review, no reasons were given for continuing to support the penalty. This negated the Tribunal’s opportunity to review the decision and hence rendered it unreasonable.

Finally, the Tribunal asked HMRC’s representative during the proceedings to reconsider the penalty. At that point, they knew that she was in possession of all the facts regarding deaths and illnesses. Her response was that there were no exceptional circumstances even in light of this. Again, the Tribunal considered this a flawed conclusion because exceptionality was not the correct test to apply. She should simply have asked herself if the circumstances were sufficiently special that it would be right to reduce the penalty.

Accordingly, if the Tribunal had not already allowed the appeal on the basis of reasonable excuse, they would have mitigated the penalties to zero on the grounds there were special circumstances. 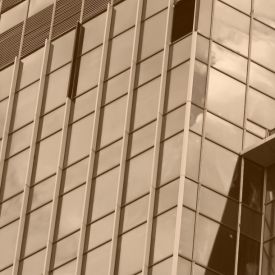