HMRC is likely to take a closer look when a taxpayer claims exclusive business use of a Porsche. And particularly so when it’s parked at the taxpayer’s home, insured for social use and only the taxpayer has access to the keys.

That was the story in Barry John Graham TC07313 [2019] UKFTT 0517 (TC). A VAT repayment claim of over £28,000 was frozen while HMRC made a compliance visit. The refund claim arose from recovery of input tax on an Audi A8, a Mini Cooper and a Porsche Cayenne.

Yet on this occasion, the taxpayer won his case. How?

This disallows input VAT on cars except for very restricted situations. Aside from the obvious cases of driving schools and taxis, the major test is private use. Specifically, the intention is that there is no private use, and the vehicle is not made available for private use.

So, input VAT may be recovered where the acquisition of the vehicle is exclusively for the purpose of a business (7 (2E) (a)) and the vehicle is not made ‘available …. to any person …. for private use…’ (7(2G)(b)).

The question is ‘not whether the trader intends actually to put the car to private use, it is whether he or she intends to “make it available” for private use’ (Court of Appeal in The Commissioners for Customs & Excise v Upton [2002] EWCA Civ 520).

There would be no need for the legislative rules if it was impossible to reclaim the VAT. Nevertheless, it is a very high hurdle. There are two related conditions. The taxpayer must prove:

These are subtly different tests. The intention condition may be easier to fulfil than the availability condition. But the courts are clear that a legal barrier to prevent a car being made available may suffice (Elm Milk [2006] EWCA 164).

Unsurprisingly, HMRC’s starting point is that private use is to be expected. It used a number of circumstantial details in Mr Graham’s case to show that, in its view, the cars were ‘available’, and were actually used privately.

HMRC majored on the insurance, which was for business and social use.

At the time of the VAT inspection, insurance was for social use only; though this was shown to have been the result of an error by a relative of the taxpayer who was unwell. HMRC claimed that the insurance proved private use, as did the location of the cars near the taxpayer’s home.

HMRC also claimed that legal restrictions written into employment contracts did not prevent private use.

The taxpayer showed that he kept the car keys in a locked safe and changed the combination after each use. His son and daughter were contractually precluded from using the cars privately. There were mileage records covering 93% of the trips (showing business use) and Mr Graham considered, given time, that he could account for the remaining mileage of 7%.

Mr Graham did not believe it was possible to take out insurance for business use only.

He also relied on an earlier VAT inspection, in 2007, when the same question had arisen, and the input claim was permitted. In the taxpayer’s view, he felt it was ‘important for his business that he drove cars that signified his success’.

In addition, family members had their own private cars of similar value for personal use. This fact was telling and enabled the Tribunal to distance the case from the Appeal Court case of Upton (ut sup) (The Commissioners for Customs & Excise v Upton [2002] EWCA Civ 520).

The Tribunal challenged HMRC’s assumptions. There was actually no evidence that there had been private use: HMRC’s arguments were by inference.

The fact that Mr Graham and all other family members had other cars available for private use meant that it was possible for the Tribunal to say that there was no intention to make the business cars available privately.

There was, in addition, a legal and a physical impediment: the safe.

The Tribunal noted that Mr Graham himself could access the cars and was not legally barred from doing so. But the physical impediment of keeping the keys in a safe was a barrier, however small.

More significant was the ‘mental barrier’ of keeping the keys in the safe. Mr Graham was well aware of the VAT consequences of private use, and the steps taken showed the significance he attached to the issue.

The Tribunal was therefore able to conclude:

‘I consider that Mr Graham did not intend to use the cars privately, nor did he intend to make the cars available for private use.’

An interesting VAT take on the old question of where you left the car keys... 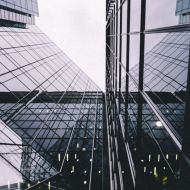 Were HMRC correct to deny VAT grouping to a Scottish Partnership? 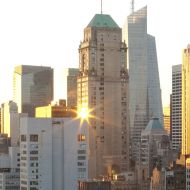