Dispute on where burden of proof lies

Jan Garioch CA discusses the case of Awards Drinks Ltd (in liquidation) v HMRC, where the appellant attempts to force the burden of proof for best estimate assessments onto HMRC.

Prior to the Court of Appeal’s recent judgement in Awards Drinks Ltd (in liquidation) v HMRC, this case had been considered by both the FTT and UT. Awards Drinks Ltd (ADL) had been issued with ‘best judgement’ assessments for output VAT, totalling more than £6 million because HMRC believed that smuggled drinks were sold in the UK as a result of inward diversion fraud. That fraud involves goods held in duty suspension being supposedly released into a country where they face a low rate of duty, but in fact being smuggled into the UK where they are sold immediately for cash. A complex paper trail for supposed transactions in the low duty country distracts from following the true transactions.

At the FTT, HMRC explained their assessments were based on 1,311 large cash deposits paid into ADL’s bank account through various branches spread geographically around the UK. These deposits could not be reconciled to the version of events put forward by ADL, namely that it sold drinks to wholesale customers in France, around the Calais area, for cash and couriered the money to the UK for deposit.

The FTT found ADL’s witness unreliable and was unimpressed that there were no declarations to French Customs that cash had been moved across border to the UK by ADL or those acting on its behalf. Its concerns about ADL’s version of events were further exacerbated because French authorities reported no visible activity at the headquarters of supposed customers shown on the documents meant to support the transactions in France, and had failed to reach any contacts for the companies. The FTT upheld the assessments because the facts found did not support ADL’s submissions.

ADL’s appeal to the Upper Tribunal

ADL contended that the French transaction documents which it produced at FTT had gone unchallenged. Any challenge from HMRC would necessarily have implied dishonesty and the requirements to establish dishonesty would have had to be met. Effectively, the burden of proof would reverse and if HMRC wished to uphold the assessments which were based on ADL having control of the goods in the UK, then it had to plead fraud against ADL.

However, the UT agreed with HMRC that it was a non sequitur for ADL to say that because HMRC did not assert that ADL had committed a fraud, that HMRC had thus conceded that ADL had lost possession and control of the goods and could not have supplied them in the UK. Instead, the burden lay on ADL’s shoulders to show that loss of possession had happened in France. Various deficiencies had been found in the French transaction documents before the FTT and the UT found no requirement for HMRC to show the documents were fraudulently produced. It had been completely reasonable for the FTT to be convinced that HMRC had undermined the picture that ADL tried to draw of genuine sale of goods to genuine customers in France.

The Court of Appeal’s judgement

Appealing for the third time, ADL alleged the UT’s judgement was undermined by a misunderstanding. ADL argued it was incorrect for the UT to accept HMRC's pleaded case that the customers were mere buffers or conduits whose purpose was to give the appearance of an in-bond transaction and thus to facilitate the movement of the goods to the UK to be sold by ADL.  ADL contended that HMRC had made a submission earlier in the dispute which said “HMRC makes no allegation of fraud against ADL”. Therefore, there was an error of law and/or a clear procedural irregularity, which generated material unfairness and affected the UT’s decision.

The Court of Appeal turned to past cases including Brady v Group Lotus Car Companies PLC for guidance, and those cases established the principle that the burden of showing an assessment is incorrect remains on the taxpayer throughout the appeal. This is so even if the circumstances of the case are such that there either must, or may, have been some fraudulent conduct on the part of the taxpayer which is relevant to the tax liability.

Applying that to this case, they found that ADL wrongly tried to turn the tables on HMRC by making vexatious requests for detail on the sales of goods which HMRC alleged took place in the UK. Instead, the duty had to fall on ADL to provided an honest and credible explanation if they wished to displace HMRC’s assessments. The Court of Appeal agreed with the UT that just because HMRC had not alleged fraud did not mean that it accepted that ADL had lost possession and control of the goods (thus preventing ADL from supplying them in the UK). In the Court of Appeal’s view, ADL had failed to reverse the burden of proof and produced no credible explanation for the very substantial payments into its bank account. Its appeal failed. 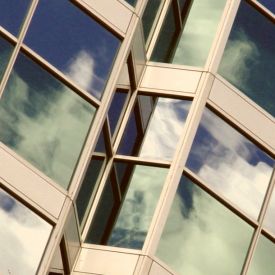