Susan Cattell outlines the ICAS contribution to the HM Treasury review of the effectiveness of the Office of Tax Simplification.

The Office of Tax Simplification (OTS) was put on a permanent statutory footing by Finance Act 2016. HM Treasury is required to carry out a review of the effectiveness of the OTS in performing its functions every 5 years. As part of the first review in 2021, the Treasury issued a call for evidence seeking views on the effectiveness of the OTS in relation to various criteria, including its objectives, relationships with HMRC and HM Treasury, and work to date (including both Chancellor commissioned and own-initiative reports).

The call for evidence also requested suggestions for actions to enhance the effectiveness of the OTS in performing its functions as the Chancellor’s independent adviser on tax simplification.

The importance of simplification and the role of the OTS

Complexity increases costs for everyone engaging with the tax system. Complex tax law is reflected in complex tax administration systems which are difficult to use and do not facilitate compliance. HMRC and taxpayer resources are diverted into dealing with corrections, appeals and disputes. Digitalisation does not remove the need for simplification.

Trust in HMRC and the tax system is undermined because many individual taxpayers and small businesses cannot understand their basic tax obligations. Complexity also gives rise to uncertainty which deters business investment.

The OTS has a significant role to play in simplification. However, the degree to which it can fulfil that role depends to a large extent on the government’s attitude to tax simplification and how far the government is willing to adopt OTS recommendations (or to use OTS research and reports in developing alternative proposals) to enact changes which would simplify tax.

The ICAS response to the call for evidence suggested that to enhance the effectiveness of the OTS, the government should set out a clear policy on tax simplification, including the reasoning behind the policy, the level of importance it attaches to simplification, the methods it would use to implement that policy and the role of the OTS in implementation.

The focus of the OTS should be on simplification but this could be divided into two main areas. The OTS already identifies opportunities to reduce complexity in existing legislation and to improve administrative processes – and should continue to do so. It should play an ongoing role in implementation of reforms to the Tax Administration Framework. However, it should also have a role in the process for introducing new legislation, or amending existing legislation, to avoid adding to existing complexity.

Some of the other key points from the response are discussed below.

Relationships with HMRC and HM Treasury

The location of the OTS within HM Treasury could give the impression of a lack of independence. However, this does facilitate access to, and discussion with, HM Treasury and HMRC, which is vital, given that the OTS is an adviser. Implementation of any of its recommendations relies on the government adopting them and on practical input from HMRC.

Throughout its existence the OTS has demonstrated a willingness and ability to engage with a wide range of stakeholders – well beyond tax professionals and extending to individual taxpayers, businesses and employers. Many of those the OTS consults would be unlikely to contribute to ‘normal’ tax consultations.

The independence of the OTS is a major strength, enabling it to provide a valuable bridge between taxpayers, agents, employers and businesses on one side, and the government, HM Treasury and HMRC on the other. It is important that the OTS maintains its independence – and that it continues to be perceived as independent (and not tied to a government agenda).

Where the OTS is responding to a specific request from the Chancellor this can give rise to the perception that there is, or could be, less of an independent approach. For example, in the recent CGT review, some of the questions inevitably arose from the government agenda and appeared to go beyond identifying possible areas for simplification.

Much of the OTS work has been valuable – even where its recommendations have not been adopted – particularly where it has identified practical issues causing difficulties. Whilst recommendations are not always taken up in full, the work behind them may inform follow-up work by HMRC or alternative proposals. Alternatively, the OTS may not make detailed recommendations but identify the case for change (and problem areas) to help inform future work by the OTS or HMRC.

The ICAS response gives examples of OTS work which we consider have been particularly useful, although in many cases we would like to see the government either taking up more of the recommendations, or using the OTS work to develop alternative proposals – with a view to consultation and implementation. The examples include the Partnerships review; Employee benefits and expenses; Review of tax reliefs; Second OTS report on CGT (administration); the first and second OTS reports on IHT; and the VAT review.

As a general rule, we consider that the more practical reports that focus on simplifying administrative processes, or design issues that cause day-to-day problems, are most useful.

The call for evidence asks to what extent the OTS should take account of wider policy objectives outside of simplification and the impacts of suggested changes on households and businesses when making recommendations to government.

Changes to simplify the tax system are part of wider tax policy decisions and need to be considered alongside other objectives. These wider objectives clearly affect government willingness to adopt OTS recommendations.

We would expect the OTS to comment on the tax consequences of implementing its recommendations – including an analysis of ‘winners’ and ‘losers’ or a cost-benefit analysis, where relevant. Beyond that we believe it is the government’s responsibility to determine how any tensions with wider policy objectives should be resolved – which in part depends on the importance the government places on simplification and improving the effectiveness of the tax system.

In our 2020 policy paper The Future of Taxation in the UK we noted that the government should be more transparent in its approach to taxation and the link between raising tax revenues and paying for improved public services.

In recent years governments have been unwilling or unable to increase the main revenue-raising taxes but have still needed to raise revenue; the result has been opaque tax changes and a lack of transparency about revenue raising. This has contributed to increasingly complex and lengthy tax legislation, which makes it harder for taxpayers (particularly unrepresented ones) to understand and comply with their tax obligations. We would expect the OTS to highlight the issues caused in practice by this approach – it is for the government to decide how far it is willing to address them.

It is also very important that the remit of the OTS is not made so broad that it loses sight of its core function – to identify opportunities for simplifying the tax system. Taking a wider policy role could also affect perceptions of its independence.

ICAS responds to many tax-related consultations, calls for evidence and discussion documents issued by HMRC and HM Treasury. We welcome input, which we take into account when preparing responses. Details of current consultations on tax issues can be found on the following websites: 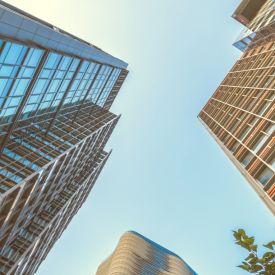