In this missing trader fraud case of HMRC v Alan McCord (T/A Hi-Octane Imports) UT/2019/0042(V) it was common ground from the outset of this dispute that the four requirements to allow HMRC to deny credit for input VAT are:

The FTT’s decision, which was the subject of this appeal, was that these conditions were not satisfied in some of the transactions put before them by HMRC.

The FTT had denied HMRC the right to withhold input VAT recovery in certain transactions where the seller had not submitted any VAT return. The FTT decided it could not be shown for those deals that any VAT charged to the appellant was inevitably going to be both due and unpaid because the seller might have been a “buffer” in the missing trader scheme. A “buffer” is a trader buying and selling for a small profit who is inserted between a defaulting trader and a subsequent exporter who reclaims VAT. Only a small amount of VAT would be due from a “buffer.”

The Grounds of Appeal

HMRC challenged the FTT decision on the grounds that in Hi-Octane’s skeleton argument to the FTT, it had effectively conceded that the parties from which it made purchases were responsible for fraudulent loss of VAT. Consequently, HMRC argued that the FTT was not entitled to make a contrary finding. It was unfair for the FTT to deny HMRC the opportunity to address that issue, which it would have done if the FTT had indicated it was thinking of disregarding what Hi-Octane conceded in its skeleton argument. Hi-Octane’s counter argument was that there was nothing wrong in the FTT approach, since it had the duty to find relevant facts and HMRC had the burden of proof for all parts of its case.

The UT found that in preparation for the FTT hearing, Hi-Octane was required to confirm whether it agreed the accuracy of HMRC’s “deal sheets.” These set out HMRC’s understanding of the fraudulent VAT loss in all of the transactions covered by the appeal. Hi-Octane stated in its skeleton argument that it “does not take any umbrage with the suggestion of a tax loss or indeed the deal chains referred”. Later in its skeleton argument, it “concedes that the tax losses as set out by the Respondent occurred, as stated by them”.

The UT came down emphatically in favour of HMRC. It found that nothing before or during the FTT hearing suggested to HMRC that they needed to explain their case on why tests 1 to 3 above (i.e., that there was a loss of VAT resulting from fraudulent evasion that was connected to Hi-Octane’s purchases of vehicles) were satisfied. HMRC considered that Hi-Octane had conceded the point and the FTT did not indicate it had reservations to be allayed. It was not until HMRC opened the decision on the case that HMRC would have been aware that they had lost on an aspect of the case which they would have had no reason to suspect was even in dispute. In strong wording the UT says, “The word ‘ambush’ is sometimes overused in litigation. We do not consider it an overstatement to say that in these proceedings regrettably HMRC were ambushed, not by their opponent, but by the FTT itself”.

Since the FTT was wrong in law to even consider whether tests 1 to 3 were satisfied, when they had been conceded, the FTT’s decision was set aside.

The UT did not refer back for reconsideration but decided to remake the decision. Since the FTT itself had concluded that the deals in question were “obviously contrived and too good to be true”, it should have denied input VAT recovery if it had correctly regarded tests 1 to 3 as satisfied. Therefore, the UT remade the decision to deny input VAT recovery to Hi-Octane. 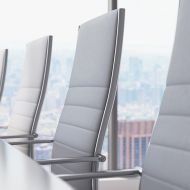 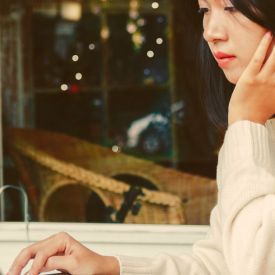