Disguised remuneration and the Loan Charge

HMRC gives some guidance on how clients can settle their affairs before the loan charge arises on 5 April 2019 – and why settling could be advantageous (including a case study).

Users of disguised remuneration avoidance schemes who haven’t come forward to settle their tax affairs with HMRC need to act now before the loan charge arises on 5 April 2019.

Most users of schemes will be better off settling their tax affairs before the disguised remuneration loan charge takes effect.

In most cases, settling with HMRC is straightforward. Detailed settlement guidance is available on GOV.UK and HMRC has dedicated teams to help people through the process.

Advisers are asked to talk to clients affected by the loan charge and encourage them to settle their affairs quickly. It’s important HMRC has all the relevant information and documents as early possible to allow enough time to settle matters before the loan charge takes effect. The sooner your client’s affairs are settled, the less they will pay in interest charges.

HMRC understand some people may delay settling because they don’t have the funds available to pay upfront. Support is always available to those in genuine financial difficulty, such as paying in instalments over a manageable period of time.

There are no set time limits on payment arrangements under contract settlements, which can be spread over a number of years where appropriate. Contacting HMRC is the best way to find out what kind of payment options are available.

The loan charge case study below shows how the settlement process works for a company who used an Employee Benefit Trust (EBT) avoidance scheme.

A small business entered into an EBT scheme in 2008 to remunerate directors. Over three years they contributed £1million to the EBT, all of which was loaned out to directors.

After considering the upcoming loan charge with their adviser the directors decided to settle before 5 April 2019. The business has an APE of 31 March each year.

The adviser registered their client’s interest to settle by emailing HMRC via the ca.admin@hmrc.gsi.gov.uk inbox. HMRC reviewed the information they held in relation to all three years and sent out a settlement pack for the company to complete.

The company replied after four weeks, providing all the required information. HMRC calculated the tax, NICs and interest due. Settlement is calculated based on the rates, thresholds and allowances for the three years when the scheme was used.

The personal allowance is applied in this case because the directors had no other income in the tax year as all their remuneration was paid via the EBT. In this case, there are open CT enquiries for each year and the company has sufficient profits to offset the settlement amount as a deduction for CT purposes, the marginal CT rate is 21%.

If the company and employees have paid Class 1A NIC and Benefit in Kind tax on the loans made, HMRC can offset the amounts where a valid claim for overpayment relief is made.

As the EBT was established on 31 January 2008 a ten-year anniversary Inheritance Tax (IHT) charge arose on 31 January 2018. This is £36,000 and is payable now whether the company settle or not, in this case, the company included this in the settlement.

The company did not have funds to make a full payment. They agreed with HMRC to make an initial payment of £300,000 and to pay balance over 24 months. HMRC provided a contract settlement which detailed the liabilities including the ten-year anniversary charge of £36,000, payment plan and forward interest payable.

Both parties signed the contract and the settlement is final. The company avoided the loan charge in 2019 and have got certainty over their tax affairs.

If the company hadn’t settled

If they hadn’t settled before 5 April 2019, the company would have to pay a loan charge of £608,000, the IHT ten-year anniversary charge of £36,000 and an IHT exit charge when the trust structure is wound up, and interest would still accrue on the original liabilities which they would have to resolve in the future. The loan charge will have effectively set the minimum amount of tax and interest payable.

To calculate the loan charge HMRC aggregates all the loans together and then applies the rates for 2018/19 to the total, which raises the marginal tax rate in these circumstances to 45%. Primary and secondary NICs are applied at a rate of 15.8%. The loan charge arises on 5 April 2019 and employers will need to make RTI returns by 19 April 2019.

The interest charge would need to be paid when the original enquiries were resolved, through a contract settlement or litigation. Inheritance tax liabilities need to be paid as they arise.

Advisers will be aware that some avoidance promoters are offering schemes which claim to escape the loan charge, for example, by re-describing loans from disguised remuneration avoidance.

Anyone considering using these types of scheme should be warned that HMRC does not accept that any of them work and will expect the loan charge to be paid, advisers should also be mindful of the principles of professional conduct in relation to taxation when advising about any such arrangement. 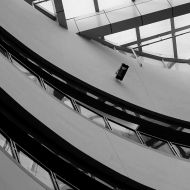 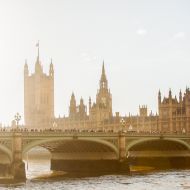