Steven Wood takes a look at a decision by the English High Court regarding the liability of members of an LLP to face disqualification proceedings, particularly where they are not involved in the partnership management board.

A Limited Liability Partnership (LLP) is a legal entity that combines some features of a company and some of a traditional partnership. Most importantly, as its name suggests, it provides the protection of limited liability to the partners, who are called members. LLPs are incorporated pursuant to the Limited Liability Partnership Act 2000 (LLP Act) which allows for regulations to be made to apply elements of company and insolvency law to LLPs.

LLPs, and in particular larger LLPs with several partners, will often streamline decision making within the partnership through the creation of a management board or committee to take decisions on behalf of the wider partnership group.

In the Secretary of State for Business, Energy And Industrial Strategy v Geoghegan & Ors [2021] EWHC 672 (Ch) (‘Geoghan’) the consideration was the extent to which the CDDA applies to LLPs and, in particular, whether a member of an LLP has to be concerned in its management for the CDDA to apply.

In Geoghan the first and second defendants (‘the applicants’), applied for the striking out, or alternatively for summary judgment, in respect of disqualification proceedings brought against them by the claimant, the Secretary of State for Business, Energy and Industrial Strategy (the SofS).

The applicants were both members of an LLP which collapsed into administration on 12 September 2017. The LLP subsequently went into compulsory liquidation on 6 September 2019.

The allegation made against the applicants by the SofS related to their conduct of a specific account/campaign and the applicants contended that, as this was a trading activity below management board level or the equivalent board level for a company, it could not lead to the conclusion that they were unfit to be concerned in the management of a company or LLP, which is the test that the Court has to apply.

The judge discussed the policy behind the Act and the regulations and considered a number of cases in relation to the disqualification of directors. He concluded that:

Whilst the judge “had sympathy for the Applicants' suggested limitations to the category of member intended to be covered and to the relevant conduct” he was ultimately “in no doubt that there were no such limitations”.

The Applicants’ applications for both strike out and summary judgment were dismissed.

This decision should serve a warning for ICAS Members offered membership of an LLP or considering conversion of their business into an LLP (or advising clients on this topic). Potentially any members of the LLP could be disqualified from future directorship of a company or membership of an LLP, regardless of whether they are involved in the LLP’s management.

Insolvency Practitioners dealing with insolvencies of LLPs should be mindful, when fulfilling their reporting requirements under CDDA, that all members are potentially liable to face disqualification proceedings. 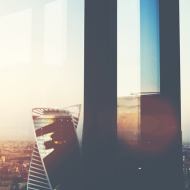 Directors' duties and liabilities: what you need to know

This course provides a practical, thorough examination of the responsibilities and liabilities of a director of a UK private company… 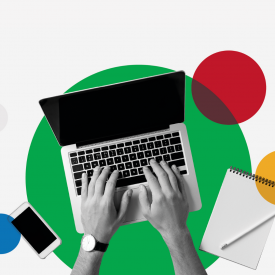 View our diary of upcoming webinars and in-person events and watch recordings of webinars you missed.