Good pension outcomes: Can we learn from others? Part two

In this second part of this two-part piece, Liz Duffy takes a further look at changes made by other countries to their pension systems and considers what, if anything, we in the UK could learn from pension reforms which have taken place elsewhere.

Part two considers the following themes relating these to the experience of Australia, Canada, the Netherlands, Poland and Sweden in comparison to the UK:

One potential means of encouraging pension saving, is to confront people with information on how much money they may need to maintain their current standard of living in retirement compared to the likelihood of saving enough. However, an individual is likely to have many different employers during the course of their working life which means they may not know if they are saving enough.

A pensions dashboard, a tool to enable pension savers to view all their pension arrangements in one place, can provide individuals with the information they need to determine how much more they may need to set aside.

Pensions dashboards already exist in several countries including Australia, Sweden and the Netherlands.

Australia has developed a dashboard with the aim of linking savers to their various pension pots, reducing the number lost accounts and consolidating small pots. In 2010, it was estimated that Australians had an average of three pension pots per worker with around five million accounts on the ‘Lost Pension Register’.

The dashboard is hosted by the Australian Tax Office (ATO) and there has been a drive towards common data standards for superannuation contributions, linked to an individual’s Tax File Number as a common identifier. The process of creating a dashboard, underpinned by common data standards, commenced with Australia’s largest employers and was gradually rolled out to all employers. Common data standards and standardised reporting were agreed between the tax authorities and the pensions industry and became legal requirements for providers and employers.

Individuals can log on to the ATO portal using their Tax File Number to view the latest valuation of their active pension ‘super’ accounts. Pensions which pre-date ‘super’ (which was introduced in 1992) are not included within the scope of the portal.

There is a move to include lost pension pots with current ‘super’ accounts but automatic consolidation has met with industry opposition. However, ‘super’ providers, with the consent of members, can search the ATO register for lost accounts and then recommend that members consolidate these older pots into ‘super’ accounts if it is in their best interests to do so.

The UK has announced its intention to provide a pensions dashboard and this is currently being developed. Initial consumer research conducted in the UK indicates that this will be welcome. A prototype of the dashboard will be available in early 2017. While a dashboard is now being progressed in the UK there are still significant issues to be addressed before its expected implementation in 2019.

Compulsion is one means by which governments can go some way to addressing under-saving for retirement. In some countries joining an occupational pension scheme is mandatory for all employees who meet certain criteria.

Workplace pension saving is compulsory in the Netherlands, with over 90% of the active labour force in industry-wide or employer sponsored pension funds and the remainder in self-employed arrangements or schemes of less than 10 people. These arrangements are intended to supplement the income from its flat rate state pension.

In Australia and Sweden, where workplace pensions are also compulsory, the state pension is means tested and is there as a safety net to prevent citizens living in poverty in retirement.

The UK Government has taken action to improve pension saving through the implementation of pensions auto-enrolment, but has stopped short of making it compulsory by allowing employees to opt out and the self-employed are excluded. Opt out rates so far are low but it is always possible that government may revisit this policy should rates fall in the future, possibly as a consequence of increases in employee contributions under auto-enrolment.

Lack of transparency around fees and charges

High fees and charges can erode the value of pension pots being built up by those saving into defined contribution arrangements, which can dent confidence in saving for a pension. This is a particular challenge at the moment where investment performance has been weakened, reflecting wider economic conditions.

In Poland, the Government introduced, as part of its reforms in 1999, mandatory individual savings accounts for workers aged 30 or less at that time. These defined contribution-type arrangements invested in pension funds privately managed by European or American insurance companies. This development was part of a wider reform of the pension system which was well received until the investment performance of these pension funds deteriorated following the financial crisis in 2008. Although the pensions providers ultimately recovered their losses such was the effect of the high costs that by 2009 the overall real rates of return, since inception, had reduced to almost zero. This scenario highlighted the problem of the fees charged by the private pension funds and, more importantly, the lack of collective bargaining amongst the holders of the individual savings accounts to negotiate lower fees.

The Polish Government intervened in 2011 to reduce the rate of contributions into these arrangements and again in 2014 to reverse the compulsion introduced in 1999 by making these arrangements voluntary. They also capped fees on contributions into these accounts and most recently they retreated entirely from pensions privatisation by announcing, on 4 July 2016, the closure of those funds. What was hailed as a beacon of modernity in 1999 has resulted in a complete u-turn by the government due to a flawed design.

The issue here is that individuals lacked the collective power, for example, to force the fund managers to reduce their fees, highlighting weaknesses in the governance and regulation of these funds.

By contrast Australia, Canada, the Netherlands and Sweden introduced various measures to place downward pressure on fees and charges, such as restrictions on fund management fees, greater transparency of other costs and a requirement for schemes to demonstrate how they offer value for money.

In the UK, there has been a lack of transparency around charges, particularly investment dealing costs. The UK government has recently gone some way to controlling charges by introducing an annual management charge cap of 0.75% for the default option in pension schemes but it does not apply to stranded pots left behind by employees who switched jobs prior to the charges cap coming into effect.

Annuity or drawdown? This is the choice for many who are approaching retirement with a defined contribution pension pot or pots. An annuity may turn out to be poor value for money, especially if it is not easy to shop around, or life in retirement is shorter than anticipated by statistics. However, opt for a drawdown product and there is a real risk of running out of money in later retirement.

Concerns over the value offered by annuities have led some countries to intervene in the market, for example, in Sweden, the government is the monopoly annuity provider.

In the Netherlands and Canada, the collective defined contribution schemes, internally annuitise on behalf of their members which means that they pay pensions to retired members directly from the scheme assets. This approach could penalise younger generations if scheme members consistently live longer in retirement than expected. To mitigate this risk, in Canada, employers are obliged to establish an ‘up-front buffer’ fund.

The ‘at retirement’ market in the UK is under-going a period of evolution. The freedom and choice reforms may have removed the requirement to purchase an annuity but were implemented without any thought as to what happens if the money runs out.

The UK have maybe not got the freedom and choice reforms right first time, but we are not the only country facing ‘at retirement’ challenges. The reforms in Australia focused on the accumulation ‘savings’ phase of retirement planning and are only now seeking to reform the decumulation ‘at retirement’ phase.

What now for pension reform?

In the past 30 years or so a number of countries have undertaken significant reforms of their pension systems with varying degrees of success. Some have been quite radical. Over time the benefits and flaws of those reforms have emerged. No one country has got it right. There is no easy solution, but some have done better than others. The UK could learn from the reforms of others – not least that long-term strategic approach to pension reform is preferable to regular tinkering with the system! 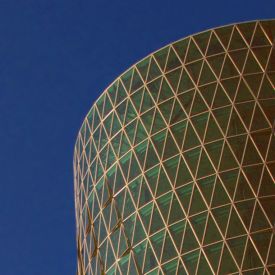 Good pension outcomes: Can we learn from others? Part one 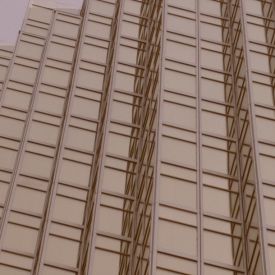