Good pension outcomes: Can we learn from others? Part one

Liz Duffy takes a looks at changes made by other countries to their pension systems and considers what, if anything, we in the UK could learn from pension reforms which have taken place elsewhere.

These arrangements are governed by different bodies of law (i.e. trust law or contract law) and are supervised by either The Pensions Regulator or the Financial Conduct Authority or both: occupational pensions have their own scheme rules to boot.

Add to this, attempts by successive UK governments to reform pension law and regulation purportedly with the long-term in mind while also proceeding to tweak the rules on a regular basis. There have also been major changes to the state pension, with the implementation of the new single-tier state pension in April 2016.

This is not to say that the pensions system is broken, but there is definitely room for improvement. Whether that improvement is achieved through further incremental, or more radical, reform is open to debate, but it is worth considering the experiences of other countries who have overhauled their pension systems in recent years.

While longevity and weak investment performance are challenges common to most developed countries, the UK also faces some more specific issues which are eroding the value of pensions benefits. For example, most pension arrangements are organised around individual employers meaning that they do not benefit from economies of scale which could improve investment performance and consequently member benefits.

So what have other countries done to address these issues and what is the impact of those reforms?

Earlier this year, Gregg McClymont, Head of Retirement Savings at Aberdeen Asset Management and ICAS Pensions Committee member, and Andy Tarrant, Head of Policy and Government Relations at the People’s Pension, published Towards a new pensions settlement: the international experience. The volume is a study of recent experiences in pension reform in the UK and six other countries – Australia, Canada, Germany, the Netherlands, Poland and Sweden.

In the first part of this two-part piece, the experience of other countries and the UK are considered in relation to the following themes:

Several countries have made significant changes to their pension system in recent years with a view to tackling system-wide issues such as increases in longevity, inter-generational fairness, investment returns, costs, scheme governance and the transparency of fees and charges.

The Netherlands has taken a collaborative approach: the government worked in conjunction with employers and trade unions to develop a new pension system. Occupational schemes were reformed to become collective defined contribution schemes i.e. the schemes have features of both defined benefit and defined contribution schemes and are now subject to stricter funding requirements and accounting rules, which enable benefits to be reduced in certain circumstances, to maintain the overall sustainability of the scheme. Reform is ongoing to accommodate the impact changes in career and lifestyle patterns within these schemes.

Other countries such as Australia, Canada and Sweden have also pro-actively reformed their pension systems to ensure individual saving is placed on a stable long-term footing, designed to avoid the need for short-term fixes.

In the UK, pension reform has been piecemeal reflecting the tension between HM Treasury’s concerns about the impact on the public finances of the cost of pensions tax relief and the Department of Work and Pension’s objective of improving retirement incomes in the long-term so people are less reliant on the state in old age. At some point, the UK government will need to square the circle but continues to be resistant to taking a longer-term highly strategic approach to pension reform.

Increases in longevity and anticipated higher dependency ratios, i.e. the ratio of those of working age compared to those above state pension age, are placing pressure on the public finances of many countries. In response to this, governments have been increasing that age at which state pension benefits can be claimed through making step changes, linked to improvements in longevity.

The UK has now adopted this type of approach: the Pensions Act 2014 requires the state pension age to be reviewed during each Parliament. The first of these reviews is currently underway and will conclude by May 2017. The review is forward looking and will not re-examine the existing timetable for increases in the state pension age up to April 2028.

Fragmented pension systems create a proliferation of pension arrangements some of which inevitably lack economies of scale, reducing the scope to minimise costs and maximise investment performance.

Australia, Canada, the Netherlands and Sweden have all taken steps to address this challenge. Australia is reforming its back office superannuation administration system to such an extent that it will be able to handle 100 million transactions a year without human intervention, with an estimated annual saving of one billion Australian dollars. Sweden operates a clearing house model for its public service defined contribution pension scheme and all the contributions into the scheme are collected by the tax authority. Private schemes operate along similar lines with all the contributions for participants in these schemes collected by a single collection company.

In the UK, occupational defined benefit pension schemes are largely organised around individual employers. Some of these schemes are large enough to benefit from economies of scale. However, the vast majority of schemes are too small to benefit in this way. Richard Harrington, the recently appointed pensions minster, has announced that green paper will be published at some point in the next few months which will consider steps the government may take to encourage consolidation in the defined benefit sector. While a new Pensions Reform Bill published in October 2016, largely aimed at improving the governance and regulation of defined contribution mastertrust schemes, is expected to lead to consolidation in this market.

Look out for part two of ‘Good pension outcomes, can we learn from others?’ which considers the following themes: 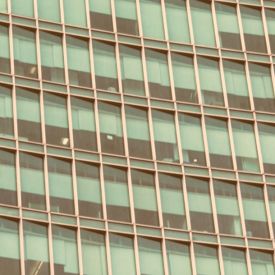 Good pension outcomes: Can we learn from others? Part two