Customer-friendly pensions apps for the smartphone generation, a “midlife MOT” for 50-somethings and measures to ensure funds invest in the real economy could all be part of the pensions scene of the future.

Those were among the ideas floated by a panel of experts at an event hosted by ICAS as part of the “Challenging Conversations” series on pensions issues, in Edinburgh on 12 June.

The discussion was chaired by Merryn Somerset Webb, Editor-in-Chief, Money Week. The theme was “Averting a Pensions Crisis” but the nature of the crisis was itself a matter for debate.

Is the crisis one of engagement with pensions, ensuring retirement provision for those entering the workforce just now or the “lost generation” close to retirement, who have built up very little pension provision and for whom pensions auto-enrolment has come too late?

The next generation want 'Amazon Prime' levels of service

Clare Reilly of PensionBee – a business that helps savers to combine their pension pots into one – argued that the next generation of consumers have come to expect “Amazon Prime” levels of service.

It’s the 21st century! We need to get pension balances on their smartphones, alongside current account and other balances; a complete picture of your financial health needs to include pensions.
- Clare Reilly

She said: “Most people now conduct their entire life on their smartphones. Yet pensions providers still communicate by post, using a language and tone that frankly normal people don’t understand; you can wait for an hour on the phone just to get through to them and ask a question; and people are forced to walk to the post office to post their birth certificate.

"It’s the 21st century! For the many who are never going to be home owners, this is the biggest financial asset of their life. We need to get pension balances on their smartphones, alongside current account and other balances; a complete picture of your financial health needs to include pensions. This is how we start to drive ownership”.

Henry Tapper, an experienced independent financial adviser, said that it is unfair and unrealistic to expect individuals to find the solutions to securing income in retirement that were traditionally provided by collective schemes.

He said: “I’m happy for people to choose to engage, but they should not have it imposed on them. We do not want to try and get everyone to become their own fund manager.”

Jamie Jenkins Head of Pension Policy with Standard Life, commented that auto-enrolment has been a great success, getting many people into saving for retirement for the first time. This was in the context of a decline in the number of people active members in DB (defined benefit) pension schemes, from 8m-9m in the 1960s to 1m-1.5m now.

A disorderly run-off for the remaining schemes would represent a crisis, he said, and it will be a priority for regulators to ensure that does not happen. 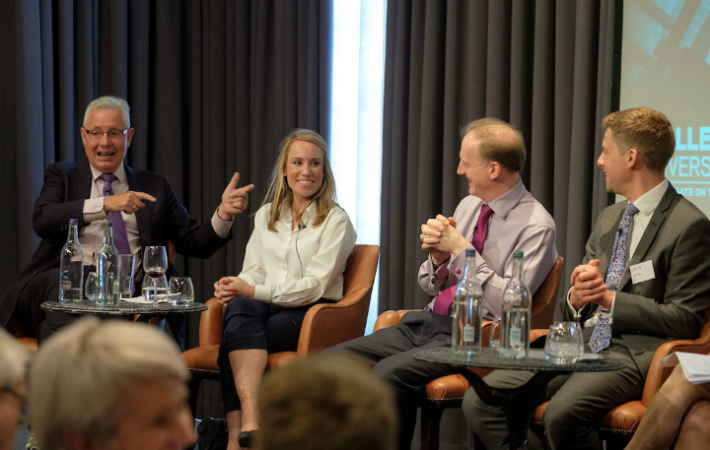 Is the Pension Dashboard or ‘midlife MOT’ the answer?

Rob Yuille of the ABI said: “Pensions are long-term, complex challenges rather than a ‘crisis’.  But there is opportunity in every “crisis” and I see opportunities to engage consumers.”

He said that part of this involved the proposal for a “pension dashboard” to enable people to keep track of their retirement provision, which is currently being developed.

The proposal for a “midlife MOT” was seen as a useful way to help individuals review their financial, health and career status.

The FCA’s Maggie Craig commented: “We have to deal with the world the way it is… more employers are moving away from DB; we have freedom of choice and many people have used it successfully. We have to be careful not to be too arrogant and assume that we are very clever people, and that we know what’s good for consumers.”

The panel welcomed the fact that a pensions “dashboard” format is being developed and stressed that it should be dynamic, not simply a static statement.

The proposal for a “midlife MOT” (or “review”), potentially for employees at age 50, was also seen as a useful way to help the individual review their financial, health and career status.

The panel noted that pensions have increasingly come to be seen as a pot of accumulated capital to be preserved rather than a source of income in retirement, which is potentially problematic. As Harry Tapper pointed out, retaining pension capital in this way deprives the economy of potential consumer spending and restricts growth.

The question of tax relief was also discussed. Tax relief on pensions represents a considerable cost to government and alternatives include using those funds to support a larger state pension, or introducing a flat rate for pensions relief regardless of the taxpayer’s income. This is a complex issue, however, particularly as regards the transition from the current system to a new regime.

As Merryn Somerset Webb concluded, “pensions are complex and challenging”. 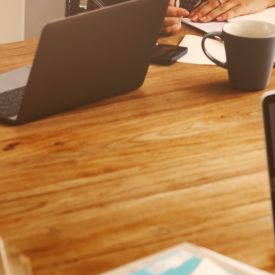 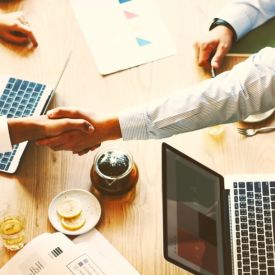