The Supreme Court have handed down their judgement in the case of Dooneen Ltd & others v Mond, unanimously dismissing the appeal of the former trustee. The case centred on the entitlement to a PPI repayment the existence of which only became apparent some time after the trustee had issued a final distribution. The Supreme Court agreed with the earlier judgements of the Court of Session that the trust had terminated in accordance with the provisions of the trust deed and that the PPI repayment belongs to the debtor.

In an unusual postscript to the judgement, the Court did note that the outcome was ‘scarcely a satisfactory outcome’ and hinted that if the decision of the former trustee to extinguish the rights of creditors against the debtor through the declaration of a final distribution had been made ‘in error’ they may have viewed the matter differently.

The Debt Arrangement Scheme (Scotland) Amendment Regulations 2018 commenced on 29 October 2018. The Accountant in Bankruptcy have produced a helpful table setting out the effect of the Regulations.

The above Rules have been laid in Parliament and will come into effect 6 April 2019.  The rules broadly align Scottish administrations and CVAs with the provisions under the Insolvency (England and Wales) Rules 2016.

The Insolvency (Scotland) (Receivership and Winding Up) Rules 2018 are expected to be laid in the Scottish Parliament within the next few weeks and will also come into effect on 6 April 2019.

The ICAS website contains a gateway page to all the latest information on the changes to corporate insolvency rules in Scotland including explanations of what is changing.

The new Scottish corporate insolvency rules mentioned above will bring significant changes to the way corporate insolvency procedures are conducted in Scotland. ICAS, in association with BPP, have a number of courses running throughout January 2019 to help practitioners and their staff get prepared for the changes which will come into effect in April 2019. You can book your places now

The Budget Statement by the Chancellor on 29 October 2018 contained a number of announcements which will affect insolvency practitioners. The announcement which caught almost everyone by surprise was that from 6 April 2020 HMRC will become a secondary preferential creditor in respect of taxes collected from employees and customers. This includes PAYE, VAT, Employee NI and CIS deductions. Corporation tax and employer NI contributions will remain as an unsecured creditor claim.

A HM Treasury briefing paper is available which sets out the background to the new policy.

Another measure announced by the Chancellor related to new provisions to transfer liability for company tax liabilities to directors and other persons involved in tax avoidance, evasion or phoenixism. The new measures will take effect following Royal Assent of Finance Bill 2019-20 and will allow HMRC to notify such persons that they will be jointly and severally liable for company tax liabilities, where there is a risk that the company may deliberately enter insolvency.

The Budget also contained announcements relating to a breathing space and statutory debt repayment plan to be introduced in England and Wales. The policy consultation document proposes that insolvency practitioners will only be able to participate if they are also FCA authorised.

Responses to the consultation on the detailed policy proposals may be submitted up to 29 January 2019.

The Accountant in Bankruptcy has also issued a consultation paper entitled ‘Building a better DAS’.

The consultation focuses on four areas:

Responses to the consultation may be submitted up to 24 January 2019.

The October edition of CA Practice is now available and includes articles on the disciplinary consequences of an insolvent CA firm, 5 essential takeaways from the Practice Management Course, How to secure the best talent for your business and why ethics is at the heart of being a CA.

Palmer Birch v Lloyd & Anor [2018] EWHC 2316 (TCC) A construction firm was entitled to pursue the two individuals behind a company which had been liquidated while owing the firm money for works carried out, the High Court has ruled. (via Pinsent Masons) 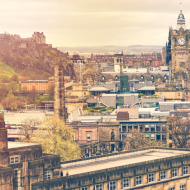