The rights to PPI compensation discovered after the discharge of a trustee in a protected trust deed has been hotly contested over the last few years. Cat MacLean, Partner, MBM Commercial LLP and Frances Sim, Legal Counsel, Restitution look at the decision of the Supreme Court in Dooneen v Mond but ask whether the position is finally settled.

On 31st October 2018, a day of ghosts, ghouls, and all things frightening, the UK Supreme Court handed down a judgement potentially every bit as alarming to Insolvency Practitioners as Halloween spirits. In the case of Dooneen v Mond, the Supreme Court upheld the Inner House of the Court of Session (the Scottish Appeal Court) who had, in turn, upheld the judge at first instance, the Lord Ordinary (the late Lord Jones). The claimants had therefore been consistently successful before all 3 courts. So what was their claim about?

Background to the Appeal

In September 2006, Mr Davidson (the Second Respondent) entered into a trust deed for the benefit of his creditors. It was a “protected trust deed” (“PTD”) to which provisions of the Bankruptcy (Scotland) Act 1985 (“1985 Act”) applied. Clause 11 of the deed provided for the deed’s termination on the occurrence of one of three events, one of which was a “final distribution” of the estate.

Before he entered into the deed, Mr Davidson had been mis-sold payment protection insurance (“PPI”), for which the bank agreed to pay him compensation of around £56,000 in April 2015. Dooneen Ltd (the First Respondent) was Mr Davidson’s agent for the purpose of making the claim and Mr Davidson had assigned 30% of any compensation received to Dooneen.

The dispute between the parties was about whether Mr Mond (the Appellant), as trustee, or the Respondents, were entitled to the compensation. This turned on whether Mr Mond had made a “final distribution” when he distributed what he called a “first and final dividend” of 22.41 pence in the pound to the creditors in November 2010 and was discharged accordingly in circumstances where he did not know at the time that Mr Davidson had been mis-sold PPI in respect of which he was entitled to compensation.

The Respondents, Dooneen and Mr Davidson, sought declarator that the PPI compensation had not vested in the Appellant, Mond. They accepted that Mr Davidson’s right to compensation formed part of the estate transferred to his Trustee for the benefit of creditors, but argued that his radical right to it became disburdened of the trust when the avowedly “final” distribution was made, since the trust then came to an end in accordance with Clause 11(ii) of the deed.

Mond, however, argued that there was no final distribution within the meaning of the trust deed, since a distribution could not be final if, as a result of ignorance, it leaves part of the trust estate out of account. The Lord Ordinary, Lord Jones, found in favour of the Respondents in 2016, and that decision was upheld by the Inner House in 2017, Lady Dorrian, the Lord Justice Clerk, delivering an ex tempore decision from the bench at the conclusion of the hearing. The Inner House had concluded that the “final distribution” by Mond acted not only as a trigger for a discharge of the debtor by creditors, but in effect a “composition” whereby the trust deed is ended and the debtor is entitled to be re-invested in any remaining estate.

The Supreme Court issued a unanimous decision, delivered by the Scottish judge, Lord Reed. They endorsed the approach the Inner House had taken and agreed that the Inner House had reached the correct conclusion as to the construction of the trust deed: it provides in effect for a composition between the debtor and the acceding creditors. The composition is conditional on the final distribution of the estate by the trustee and it is for the trustee to determine when a final distribution should take place. In particular, the Supreme Court considered that, if Mond’s argument were to be upheld, and a final distribution only occurred (in the absence of full payment of the debts) when all the assets transferred to the trustee under the trust deed have been distributed, whether or not the trustee is aware of their existence, this would have consequences which the debtor could not reasonably be taken to have intended when granting the deed.

There were 3 factors which lead the Supreme Court to this conclusion.

Firstly, since one could never be certain that any distribution was a “final distribution”, one could never be certain that the trust had terminated. It would potentially be of indeterminate duration. The Supreme Court held that the uncertainty which would arise was hard to reconcile with the purpose of a trust deed generally, and with the clauses of this particular trust deed.

Secondly, a debtor could never be certain that he had been discharged of his debts, and this could have serious practical consequences not only with the debtor, but also for anyone doing business with him after his apparent discharge.

Thirdly, if previously unknown assets are discovered meaning that there has not been a “final distribution”, it follows that reliance cannot be placed on the accuracy of the public Register of Insolvencies – and the Supreme Court considered that a trust deed would never have been intended to have that result.

For these reasons, the Supreme Court held that a decision that a distribution is final, taken by a trustee under a trust deed, must be regarded as definitive. However, in an interesting postscript, Lord Reed commented that “this is scarcely a satisfactory outcome”. The Supreme Court had in fact invited both sides to make submissions on the power of either party to seek reduction of either the trust deed itself, or the acts of the trustee, commenting that it would be useful to consider “whether the relevant acts of the trustee might be reduced if they were the result of an error as to the extent of the trust estate”. However, both parties declined to make submissions on this issue and so the court concluded that it would be inappropriate to consider them further.

What does this mean for insolvency practitioners and indeed for debtors who have apparently been discharged from a trust deed?

This decision turned on the terms of the individual trust deed granted by the debtor. However, looking at the general principles at play, it is clear that if a trust deed provides for a trust to terminate on the making of a final distribution, and that final distribution is made, then the trust will come to an end. The termination of the trust has the effect of discharging the debtor and re-investing in the debtor any assets which have not been realised by the trustee. As a result, if an asset, such as a PPI claim, comes to light after the trust deed has terminated, then it is the debtor who will have the right to that asset.

There are interesting questions about whether a trustee in this type of situation ought to have realised that an asset such as a PPI claim could materialise. In the circumstances of this case, Mond made his “final distribution” in November 2010. This was a month after the British Bankers Association launched its high court challenge against the Financial Services Authority, who had imposed rules to curb the misselling of PPI; but some months before the English High Court held in April 2011 that the rules were fair and that customers could claim compensation on PPI policies dating back many years.

Mond may be forgiven for not appreciating that the PPI scandal was about to break. However, where, as here, a trustee has made a final distribution and subsequently substantial assets emerge to which the debtor is entitled, to the detriment of the creditors, one can readily conceive of a disgruntled creditor arguing that the trustee ought to have undertaken further investigation and that the trustee ought to have appreciated that further assets could be forthcoming at a later stage. Trustees may, therefore, need to consider carefully whether an apparent final distribution can be labelled as such.

Separately, trustees and creditors may need to give thought to whether an act of a trustee, such as issuing what is said to be a “final distribution”, might be capable of being reduced where a distribution has been made in ignorance of a relevant – indeed critical – consideration. The Supreme Court has certainly given a very broad hint that it considers an application for reduction to be appropriate in such circumstances; in the final analysis, however, it would be for the Court of Session, which has exclusive jurisdiction in relation to the equitable remedy of reduction, to determine whether this would be appropriate.

The trustee, in this case, was appointed in 2006 and so for some 12 years has been absorbed with this case. This will inevitably have been an expensive process, for them to ultimately not get the decision they were hoping for from the Supreme Court. Bringing in a litigation funder to fund this on a non-recourse basis to cover the legal fees, expenses and associated costs would have transferred the risk from the Insolvency Practitioner. Litigation funding is another tool in the toolkit which is increasingly being used in the Scottish market. 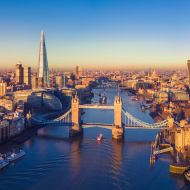