Your round-up of recent developments in insolvency.

The CCAB AML Guidance has now been approved by HM Treasury and should be used by all firms.

The General Data Protection Regulation (or "GDPR") represents the biggest shake-up of data protection law in almost 25 years. ICAS has created a guide to preparing for GDPR with customisable styles and checklists to help you and your team prepare for GDPR compliance before 25 May.

The Accountant in Bankruptcy have published the latest edition of DAS Digest which includes an update on DASH replacement, DAS case reviews and decisions, Fair and reasonable test guidance and more.

The maximum amount the Redundancy Payments Service (RPS) can pay individuals per week will increase from £489 to £508 from 6 April 2018.

New National Minimum Wage and Living Wage rates come into force from 1 April 2018. The current and new rates are as follows:

Minimum employee and employer automatic pension enrolment contributions increase from 6 April 2018 and will increase again from 6 April 2019 in accordance with the table below. Further information is available from The Pensions Regulator:

The Recognised Professional Bodies and the Insolvency Service have agreed that from 1 May 2018 complaints in relation to Northern Ireland will no longer go direct to Recognised Professional Bodies and should now be lodged through the Insolvency Complaints Gateway. This brings the complaints handling process across the UK into alignment. Firms should ensure that they update their complaints process and relevant references in documents.

Wright (and another) (as joint liquidators of SHB Realisations Ltd (formerly BHS Ltd) (in liquidation)) v Prudential Assurance Company Ltd The High Court held that, when the BHS CVA terminated, the landlord was entitled to claim the full rent due under its lease. (via Berwin Leighton Paisner)

No.1 West India Quay (Residential) Ltd v East Tower Apartments Ltd [2018] EWCA Civ 250 The Court of Appeal has released an important decision for landlords and tenants concerning applications for consent to assign a lease, overturning the High Court's earlier decision. The Court of Appeal decided that one bad reason for a landlord refusing its consent will not render the entire decision to withhold consent unreasonable, so long as there are other reasons for the refusal which are good and free-standing. (via TLT LLP)

Ward v Loughlin & Hutt [2018] EWHC 77 (Ch) The High Court has struck out a claim by a liquidator who had already brought a claim arising from the same facts against the same defendants. The court relied on the fact that the economic benefit of pursuing the claim would accrue only to the liquidator. (via Taylor Wessing)

Plant & Plant (administrators of Relentless Software Ltd) v Vision Games 1 Ltd & Ors concerns the attempt of a funder of a video games developer to recover the proceeds of a tax credit payment made by HMRC to the developer, pursuant to the security that had been granted by the developer to the funder. (via Mayer Brown)

Tiuta International Ltd (In Liquidation) v De Villiers Surveyors Ltd [2017] UKSC 77 The Supreme Court has upheld an appeal following a decision of the Court of Appeal (reported in the September 2016 Technical Update) finding that the lender, Tiuta International, would only be able to recover the loss resulting from the negligent act of De Villiers Surveyors, not its total losses that would have occurred in any event. (via Charles Russell Speechlys LLP)

Bevan and another v Walker and others [2018] EWHC 265 (Ch) The High Court considered whether the appointment of a liquidator in a MVL and subsequent appointment of liquidators in the CVL were valid when notice of the proposed winding up had not been given to a qualifying floating charge holder as required by s 84 (1)(b) of the Insolvency Act 1986. (via Rosling King LLP) 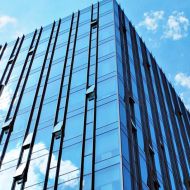 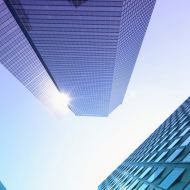