This article forms part of a series looking at the significant changes to insolvency procedures being brought in in Scotland from 6 April 2019. In this article, David Menzies looks at the changes relating to filing documents with Companies House.

Companies House however still require a form to be used when lodging with them notices and associated documents. Companies House will be releasing on gov.uk forms to be used under the Insolvency Scotland Rules 2018. These, however, will not be published on gov.uk until 6 April 2019 when the new rules become effective. They have however released copies of the forms to ICAS and confirmed that these can be made available to assist firms with their preparations for the commencement of the new rules.

An index of the new forms is provided below with links to the forms currently available. Links shall be added to the table as further forms are released.

Winding up by the Court 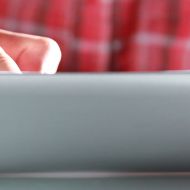