Significant changes to the way corporate insolvency procedures are conducted in Scotland will come into effect in April 2019. Find out what action needs to be taken now to be prepared.

The long-awaited publication of The Insolvency (Scotland) (Company Voluntary Arrangement and Administration) Rules 2018 has finally taken place. With that, the starting gun has been fired for IPs and their firms to commence preparing for what some have described as the biggest change in insolvency working practice in Scotland in over 30 years.

With over 300 pages of legislation split over two sets of Rules, getting to grips with the new rules is not an easy task. Add in that the structure of the 2018 Rules is different, the language has been modernised and there have been significant changes from new legislation incorporated, getting up to speed with the new Rules will take some time.

The good news, however, is that anyone who has already taken the time to familiarise themselves with The Insolvency (England and Wales) Rules 2016 will have a significant head start as the majority of the practical changes mirror the changes brought in in England and Wales on 6 April 2017.

The rules have been recast to reflect modern business practice and to commence various changes brought in through the Small Business Enterprise and Employment Act 2015 and Deregulation Act 2015. Changes include:

The new Receivership and Winding Up Rules have taken the approach of treating many more areas as common parts rather than duplicating the provisions within the rules for each insolvency procedure. Areas included as common parts include, for example, remuneration, decision making, claims by and distributions to creditors, proxies and corporate representation and creditors’ and liquidation committees.

The new Receivership and Winding Up Rules have also separated the three types of liquidation into dedicated parts (Parts 3, 4 and 5 of the Receivership and Winding Up Rules) to aid clarity. The new Rules will also align accounting periods and reporting periods and provide for flexibility for an office-holder to defer claims for remuneration at an accounting period without the need for Court or Committee intervention.

In general, the transitional provisions require that the new rules will apply to all cases and not just new cases after 6 April 2019. There are some saving provisions so that for instance meetings called before the commencement of the new rules will still take place under the old rules and provisions in relation to electronic communication will only apply to new cases.

The changes introduced by the new rules will have significant implications for the way IPs conduct and administer insolvency cases, both old and new. The new rules have removed all prescribed forms which are currently used and instead only prescribe the content of notices.

IPs and their firms will require to have updated checklists, diaries, template letters and new forms created over the next few months to be ready for the new rules commencing on 6 April 2019.

Over the coming weeks, ICAS will provide further information and guidance on the main changes and the implications of the new rules and will support IPs through the changes through courses and presentations. We would encourage all IPs to ensure they take every opportunity to gain a detailed working knowledge of the new rules and to ensure that staff are appropriately engaged in the process also. 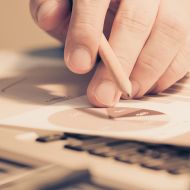 Preparing for the Scottish Insolvency Rules 2018