A further update on the Scottish Insolvency Rules 2018 in practice

This article follows on from the series of articles which looked at the significant changes to insolvency procedures in Scotland from 6 April 2019. Steven Wood looks at some of the further issues that have arisen in practice following the introduction of the 2018 Rules.

Notwithstanding comments below, as always, only the court can interpret where there is a gap or lack of clarity in legislation and members should take legal advice if in any doubt.

As a result, for all open cases at 6 April 2019, the relevant date has shifted to the date of the winding-up order.

The AiB has confirmed that it was felt that a transitional provision was not required in relation to this change. It advises, “the liquidator will be able, based on the dates of appointment and knowledge of their cases, to identify cases where a different date for claims may have an impact and take whatever action they deem is appropriate to ensure that the sums claimed by each creditor is correct prior to adjudicating on the claims”.

It is consequently down to the IP to assess what action is appropriate on a case-by-case basis, factoring in relevant matters such as level of dividend, level of claims and when trading was known to have ceased. There is likely to be more of an issue in cases where there was known to be trading in the period between presentation of the petition and the granting of the winding-up order. In such circumstances, liquidators may consider it appropriate to provide creditors with an opportunity to resubmit claims so that they include the period from the date of the petition to the date of the winding-up order.

Office holders may wish to consider making reference to the issue and their decision and provide an explanation for their decision in the first report to creditors after the introduction of the new rules, providing transparency to creditors and an opportunity for any affected creditor to make representations. A note or explanation may also be provided to accompany any adjudications.

Priority of expenses of administration

There are two rules within ISCVAAR 2018 which deal with the priority of the expenses of administration. Rule 3.51 closely mirrors the England and Wales equivalent, while rule 3.116 appears to be derived from rule 4.67 of the Insolvency (Scotland) Rules 1986 (the 1986 Rules).

The terms of the priority of distribution are different as rule 3.51 is more detailed and introduces additional categories of expenses.

The Insolvency Service agrees that there is some duplication due to the existence of two separate rules, but does not consider that they lead to a different priority of distribution. It states:

This is because r3.116(1) provides that “Subject to rule 3.51 the expenses of the administration are payable out of the assets in the following order of priority”. Therefore, the order of priority to be followed is that set out in r3.51 which, …... closely follows the equivalent rule in the E&W Rules and sets out administration expenses in greater detail than in r3.116.

Therefore, the Insolvency Service guidance is that rule 3.51 should be followed. It is consequently unclear what is the purpose of rule 3.116. The Insolvency Service has confirmed that this is something it will consider when amendments are made to ISCVAAR 2018 in the future.

Priority of expenses of voluntary arrangements in court liquidation

Rule 4.66 of the 1986 Rules provides for the company's assets to be distributed to first meet the expenses of the liquidation and then, “Where the court makes a winding up order in relation to a company and, at the time when the petition for winding up was first presented to the court, there was in force in relation to the company a voluntary arrangement under Part 1 of the Act, any expenses properly incurred as expenses of the administration of that arrangement”.

The equivalent rule under ISRWUR 2018 is rule 7.27. It is silent on the matter of the expenses of a company voluntary arrangement (CVA) in a court liquidation, as are the transitional and savings provisions.

Similarly, the Insolvency (England and Wales) Rules 2016 do not carry forward this provision (although the transitional and savings provisions do state that the relevant 1986 rule, 4.21A, continues to apply where a winding-up petition was presented before the commencement date).

Therefore, the removal of the expenses of a CVA appears to be a deliberate change. The Insolvency Service has been asked for comment but in the meantime we would suggest that it would be necessary to apply for an order under s156 of the Insolvency Act 1986 to amend the order of priority in the court winding-up in order that the CVA expenses are met first.

As previously advised in an earlier article, notwithstanding the move from prescribed statutory forms to prescribed content, Companies House still require forms to be used when lodging with them notices and associated documents.
The Accountant in Bankruptcy (AiB) has also produced a collection of non-statutory forms for the devolved procedures of receivership and winding up.

To avoid duplication of work for IPs, the AiB has confirmed it will accept Companies House forms where there is a requirement to file with both Companies House and the AiB; for example, notification of a winding-up order.

Former Form 2.32B (Scot) was a notice pursuant to paragraph 115(2) of Schedule B1 of insufficient property for distribution to unsecured creditors other than by virtue of s176A(2)(a), i.e. a prescribed part distribution. The filing of the form was important as it triggered the attachment of a floating charge allowing Administrators to distribute funds to floating charge holders.

The forms issued by Companies House do not include a replacement for that form. A new Form NOCP (Scot) has been produced but this relates to the Court making an order under s176A(5). There is actually no requirement to file a notice with the Registrar where a floating charge has attached as a result of a Court order.

The insolvency policy team at Companies House has confirmed that the NOCP (Scot) is not an equivalent of the old 2.32B(Scot). It has identified that changes need to be made and will make amendments in due course.

In the meantime, Companies House has confirmed that it is happy to accept the old version of the form, 2.32B(Scot), should one need to be filed.

Rule 5.28 of ISCVAAR concerns the calculation of creditors’ voting rights. Paragraph 1(a)(ii) of the rule provides that in respect of administrations a creditor claim in an administration for voting purposes should deduct “any adjustment by way of set-off”. The provisions relating to creditor claims for distribution purposes makes no specific mention of set-off.

“Set-off” is a common law concept in Scots law, although the term may be taken to refer to one or a combination of retention, compensation or the balancing of accounts in insolvency. Set-off in Scots law can raise difficult legal questions and will often require legal advice to be taken. The inclusion of this term (which appears to be a direct copy over from rule 15.31 of the Insolvency (England and Wales) Rules 2016) could therefore cause some practical difficulties for administrations involving Scottish companies.

Under the 1986 Rules, the provisions relating to entitlement to vote were included in rule 2.26C and did not include any adjustment for set-off. 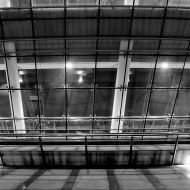 An update on the Scottish Insolvency Rules 2018 in practice