For all coronavirus related updates please go to the regularly updated A-Z of all things insolvency amid the coronavirus outbreak.

ICAS Council has given approval for compulsory ethics CPD to be introduced for all ICAS Members with effect from 1 January 2021. While this specific requirement relates to ICAS Members, as part of Insolvency Monitoring CPD undertaken it would be considered and there would be an expectation that ethics would feature in an IP’s CPD. The recording of ethics related CPD should therefore be undertaken by IPs irrespective of the mandatory element applicable to ICAS Members.

From 1 January, the ICAS Code of Ethics will also include amendments to highlight the importance of respecting the values of equality, diversity and inclusion. While at this time it is not anticipated that Part 5 of the Code will specifically be amended to mention this, ICAS licensed IPs are reminded that the Insolvency Regulations require that an IP ensures that insolvency work is undertaken within appropriate professional standards which also includes the ICAS Code of Ethics and is not specifically restricted to Part 5 of the Code of Ethics.

A new ICAS helpsheet has been released dealing with the common questions which accountancy practices may have when a client becomes insolvent. It also sets out expectations of ICAS Members in their dealings with IPs.

The ICAS Clients' Money Regulations (which also capture insolvency estate funds) were updated earlier this year. Information on the changes and further guidance to help understand your responsibilities has been provided together with an updated helpsheet.

The UK Government has announced its intention to use the power in the Corporate Insolvency and Governance Act 2020 to require independent scrutiny of pre-pack sales in administration to connected parties.

Draft regulations have been published alongside a report of the review.

An article has been published on icas.com which provides some commentary on the report and draft regulations.

HMRC has issued guidance regarding changes to its IT systems, which are impacting VAT processing in insolvency cases.

An accompanying article with further details has been published on icas.com.

We are aware that some IPs may have received letters from HMRC addressed to businesses over which they have been appointed indicating that HMRC believe that they not have registered for Making Tax Digital for VAT (MTD for VAT). The letters go on to indicate that the business should now register for MTD for VAT or that HMRC should be contacted to confirm that the business turnover is below the VAT threshold.

Businesses which are in an insolvency procedure are exempt from MTD for VAT.

HMRC has confirmed to ICAS that these letters have been issued in error as part of a wider HMRC communication campaign. No action is required to be undertaken.

HMRC has advised that they will take the necessary steps to ensure that businesses subject to an insolvency procedure are excluded from any subsequent follow up communications in this campaign and will take steps to identify additional processes which can be put in place to ensure that such errors do not happen in the future.

Dear IP 111 has been issued by the Insolvency Service. Included in the update are details of the outcome of Insolvency Service’s review of pre-pack sales in administration, a user research survey to assist Companies House to enable the digital filing of insolvency forms, guidance regarding directors using claims management companies and details of the code of conduct for large or high-profile cases with the Redundancy Payments Service.

Dear IP 112 has been issued by the Insolvency Service. Included in the update are details of  the Insolvency Service’s plan to release a new version of the Director’s Conduct Report, guidance for filing notice of a Restructuring Plan for an overseas company and HMRC’s request for assistance to clear a backlog of IVA correspondence and proposals.

The Insolvency Service has issued updated guidance for people who were furloughed using the Coronavirus Job Retention Scheme (CJRS), then made redundant because their employer is now insolvent.

The Insolvency Service details has released details of essential maintenance to the DCRS system being carried out on Wednesday, 18 November. This work will include the upload of a new version of the form and changes to the rules engine that performs the sift function.

Prior to the work being carried out, IPs need to submit any cases currently in progress. All information completed on any case in progress but not submitted will not be saved and the whole form will need to be completed when the system is available again.

R3 has developed a free standard form for CVAs, which aims to make it easier for small businesses affected by the coronavirus pandemic to enter a CVA by providing a foundation for directors’ proposals to be developed.

The form includes a breathing space period to allow a business time to restructure without fear of action from its creditors, to be followed by a payment period where a company’s debts are paid in line with the CVA agreement.

A temporary Insolvency Practice Direction (TIPD) came into force on 1 October 2020. It replaces and extends the previous TIPD, which expired on the same day.

It applies to all insolvency proceedings throughout the Business and Property Courts in England and Wales, subject to any variations as directed by (in London) the Chief Insolvency and Companies Court Judge or (outside London) the relevant Supervising Judge. It will remain in force until 31 March 2021 unless amended or revoked by a further insolvency practice direction.

Its purpose is to provide workable solutions for court users while the coronavirus pandemic continues together with guidance as to the type of hearings which the Insolvency and Companies Court list will endeavour to provide during the period the TIPD is in force.

The Scottish Government has published its report in response to last year’s public consultation on the review of the Bankruptcy and Debt Advice (Scotland) Act 2014.

An article has been published on icas.com looking at the key findings from the report.

Practise as an insolvency practitioner under EU directives

The Insolvency Service has updated its guide is for people who want to practise as an insolvency practitioner under the provisions of EU Directives 2005/36 & 2006/123.

The regulations came into force on 3 September 2020 and modify how the moratorium regime in Part A1 of the Insolvency Act 1986 applies in respect of certain energy companies.

The regulations came into operation on 29 September 2020. They extend some of the temporary modifications to corporate insolvency legislation that were included in the Corporate Insolvency and Governance Act 2020 until 31 December 2020 and others until 30 March 2021.

The Scottish Business Resilience Centre has launched the UK’s first cyber incident response helpline for SME and the third sector. Free and immediate support and help to recover is available should the need arise.

Notes of Joseph Sweeney and Donalda Sweeney in the winding up of West Larkin Ltd [2020] CSIH 65 The latest case to consider when a court will interfere with a liquidator’s decision. Lord Woolman reaffirms that it is the test set out in Re Edennote Ltd [1996] BCC 718, which was not met in this instance as the decision could not be characterised as ‘utterly unreasonable and absurd’.

Appeal in the case of the Accountant in Bankruptcy against Glyn Brooks and Martha Brooks 2020 SAC (Civ) 15 A recent division and sale case. The defenders appealed the original decision of the Sheriff. That decision was ultimately upheld, despite criticism of the original Sheriff, and the case provides a useful reminder of the correct approach to section 113.

Access a recording of the recent ‘Ask ICAS’ webinar, when Stuart Clubb, Partner at law firm Shoosmiths, provided a legal update for IPs. 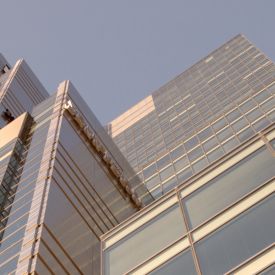