Steven Wood takes a look at the UK Government’s announcement of its intention to use the power in the Corporate Insolvency and Governance Act 2020 (CIGA 2020) to require independent scrutiny of pre-pack sales in administration to connected parties.

Following a review of the effectiveness of the package of voluntary measures introduced in 2015 to improve creditor confidence in pre-pack sales, the UK Government has announced its intention to use the power in CIGA 2020 to require independent scrutiny of pre-pack sales in administration to connected parties.

Draft regulations have been published alongside a report of the review.

Pre-pack sales can raise concerns as approximately half of such transactions involve the purchaser being persons connected with the company, such as directors or their family members, with creditors only being informed after the event, giving them no say in the sale. Criticism of pre-pack sales led to an independent review in 2014 (“the Graham Review”).

The Graham Review concluded that pre-pack sales were a valuable tool for business rescue and can often help to preserve jobs. However, it highlighted the lack of transparency around pre-pack sales for unsecured creditors, leaving them feeling aggrieved and excluded from the process and concerned that the deal was not always in their interests.

This is particularly evident in cases where the sale is to a connected person who are then seen operating the same business through a new corporate vehicle, while the debts of creditors of the old company remain unpaid.

The Graham Review recommended that the insolvency profession should implement a package of voluntary measures to address the issues identified. These measures were introduced in November 2015 and included  the establishment of the pre-pack pool to offer an opinion on the purchase of a business and/or its assets by parties connected to the company where a prepack sale was proposed together with changes to SIP16.

The Small Business, Enterprise and Employment Act 2015, resulted in the introduction of paragraph 60A of Schedule B1 to the Insolvency Act 1986 (IA86) which gives the Secretary of State the power, by regulations, to make provision for prohibiting or imposing requirements or conditions in relation to, the disposal, hiring out or sale of property of a company by the administrator to a connected person.

It goes on to say that regulations may in particular require the approval of creditors, the court or a person of a description specified in the regulations.

That power expired at the end of May 2020 before it was used but was revived in CIGA 2020. The revived power enables government to regulate connected person pre-pack sales, provided it is exercised before the end of June 2021.

Following review the Government has concluded that further regulation and use of the power in paragraph 60A of Schedule B1 to IA86 is justified to ensure that proposed pre-pack sales are subject to a measure of independent scrutiny, given that this was a key recommendation in the Graham Review.

The Government is also proposing non-legislative measures in respect of those issues where the report indicates that there is broad evidence of compliance, but where compliance is either not universal or fails to meet standards of best practice in all cases.

The key legislative measures to be introduced by the regulations are:

The key non-legislative measures to be taken forward are:

The power revived by CIGA 2020 must be used before June 2021 and the Government will seek to bring forward regulations as soon as parliamentary time allows within that period. Under normal rules for the introduction of new legislation it could reasonably be expected that the new provisions will apply from 1 April 2021.

ICAS welcomes the Government report and believes that strengthening the existing regulatory requirements in SIP 16 to improve the quality of information provided to creditors is a sensible approach to this matter.

However, the ultimate issue for debate is whether connected party sales in administration remain an area of concern, or whether the changes introduced in 2015 have helped to alleviate those concerns.

The report itself states:

“In 72% of the 163 connected party pre-pack sales reviewed (all connected party pre-pack sales during 2016), there was some level of job preservation, which equates to circa 7,500 jobs being saved. However, our review has found that some connected party pre-packs are still a cause for concern for those affected by them and there is still the perception that they are not always in the best interests of creditors. The fact that evidence available indicates that over a third of the cases reviewed were sold for less than the market valuation lends weight to this perception, notwithstanding that in some cases the sale may have been the best offer on the table”.

That is far from a damning assessment of pre-pack transactions and there appears to be a significant argument that the legislative steps proposed are an attempt to fix a problem that does not exist on any scale.

According to the Insolvency Service’s most recent review of IP regulation, 473 SIP 16 statements were received and reviewed by RPBs in 2019. Of the 235 monitored, 77% were compliant with the majority of non-compliant statements due to minor technical breaches. Only 3 were deemed sufficiently non-compliant to warrant regulatory action. It is not known whether any of these related to connected-party aspects.

There were only 2 complaints in relation to pre-packs/SIP 16 in 2019 – below 1% of total complaints received with no analysis of whether any of those complaints related to connected party aspects.

Overall, there simply appears to be little evidence of a lack of public confidence in pre-pack sales.  The changes proposed seem to be a reaction to some high-profile cases and the failure of the pre-pack pool to gain any traction rather that than to evidence of an endemic problem.

If there does remain a lack of public confidence it remains to be seen whether the changes proposed will serve to significantly alter that position, or to measurably increase transparency.

While some of the detail has to be ‘fleshed out’ in, yet to be produced, accompanying guidance, there are some key areas of concern.

The opinion provider does not need to be part of a regulated profession and the Pre Pack Pool is not mandated. Instead any individual who “believe[s] that they have the requisite knowledge and experience to provide the report” may be engaged. It is likely that in addition to insolvency practitioners, chartered accountants, solicitors and turnaround experts could provide the report. The purchaser will also be free to choose the opinion provider, there is no limit to the number of reports that can be obtained and the administrator may proceed with a sale notwithstanding an adverse opinion.

The Government report indicated that the biggest reason for a lack of referrals by purchasers to the Pre Pack Pool was due to a lack of benefit or need for additional reassurance. Turning a voluntary measure of obtaining an independent opinion into a legislative requirement will not in of itself change that view. The concern is therefore that the natural path of cost and inconvenience minimisation will be taken by purchasers. While there are many reasons to suggest the Pre Pack Pool would be best placed to provide the opinion this is not guaranteed to be the provider of choice. All of this may lead to questions about the value and independence of the review and may have the potential to damage public confidence in the system further, as opposed to improve it.

The other concern, particularly in the present environment where asset values could be suppressed due to a flood of insolvencies in the months to come alongside restricted finance availability, is that the mandatory requirements could be replaced by ‘pre pack liquidations’ or director led disposals of the business prior to formal insolvency.

You can submit comments on the Government Report including their proposals and draft regulations to Pre-pack.review@insolvency.gov.uk by 5 November. 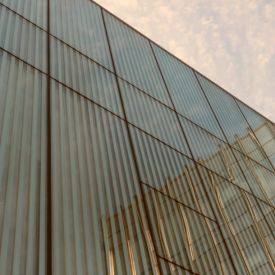 Find out more about the Corporate Insolvency and Governance Bill.