The Scottish Government has issued a consultation on proposed changes to protected trust deeds. David Menzies examines the proposals.

The Scottish Government and it’s executive agency, The Accountant in Bankruptcy (AiB), have issued a consultation on proposals to change protected trust deeds (PTDs). The consultation is the latest in a series of legislative reviews of statutory debt solutions in Scotland.

The consultation sets out several legislative approaches which aim to address concerns raised through previous consultations and subsequent discussions with stakeholders and which are aimed to enhance the effectiveness of PTDs through greater transparency and fairness.

Three main questions have been posed around which proposed amendments have been based:

So, what is the Scottish Government proposing?

To address the question of whether a PTD is the most appropriate solution, the consultation proposes that a restriction should be placed on entering a PTD where contributions would allow all debt to be repaid in a period of 60 months or less. The argument advanced is that debtors are better served through the Debt Arrangement Scheme (DAS) in such circumstances as the amount paid by debtors would be broadly the same, the debtor is not subject to an insolvency process, would not be subject to acquirenda concerns and would remain in control of their assets. At the same time, creditors would be better served as DAS returns at least 90p in the £ against the average PTD dividend of around 18-20p in the £.

The consultation also seeks views on whether the minimum debt level for a PTD introduced through the Protected Trust Deeds (Scotland) Regulations 2013 (the 2013 Regulations) at £5,000 should be increased. The consultation does not propose any increase as feedback from the previous consultations was that an increase would potentially force vulnerable individuals into bankruptcy.

Striking the right balance between debtors and creditors

Concerns are raised about trustee fees and outlays which, according to AiB analysis, have steadily increased over the last 10 years while the percentage of funds returned to creditors has decreased. The consultation highlights that category 1 and category 2 outlays of trustees have increased significantly since the changes made in the 2013 Regulations to require an element of the trustees’ fee to be on a fixed fee basis.

AiB analysis indicates that 72% of the cases since 2013 have seen an increase between the estimated and actual fees incurred. The average estimate was £1,300 while the average actual fee was recorded at £1,600.

The proposed solution is to require trustees to include category 1 and category 2 disbursements within the fixed fee.

It must be said that the narrative in the consultation paper is far from clear, with costs, fees and outlays all being used but all being quite different.

It had also been suggested in previous consultations that the AiB should be granted further powers to refuse to protect a trust deed where appropriate. In light of the proposals to amend the voting system, it is no longer proposed that the AiB be granted such powers although comments on this are invited.

Despite high equity trust deeds consuming a large amount of discussion within the PTD Standing Committee, the consultation does not make any proposals to tackle this issue. The consultation document states having issued two Dear Trustee letters and meeting with major PTD providers ‘There are signs that the action is starting to bring about change in behaviour in such cases’ and therefore they do not propose to make any changes to the legislation to this part of the process.

It is hard to square this with the desire to ‘strike the right balance between debtors and creditors’. Perhaps it is just easier to kick this into the long grass rather than tackling the thorny issue of how issues surrounding family homes are to be dealt with in debt solutions. 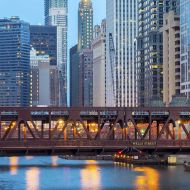