Internal controls – the debate will continue

More than twenty years have passed since the corporate collapse of Enron. The response of the then US Government led to the introduction of the Sarbanes-Oxley Act, 2002 (SOX). One of the key features of this was to require Chief Executives and Chief Financial Officers of US public companies to provide attestations on the effectiveness of a company’s internal controls over financial reporting.  Additionally, a company’s external auditor was required to provide an opinion on that attestation – thus, resulting in the birth of what has been termed “the integrated audit”, which of course has evolved over time.

At the same time in the UK, the Co-ordinating Group on Audit and Accounting Issues (CGAA) was considering its response to the fallout from Enron. The UK resisted the temptation to follow their American counterparts and although a number of changes were ultimately made to the UK regulatory framework, there was to be no UK version of SOX.

Much has changed since then, but one constant has been the increasing pace of technological change. The rise of tech companies this century has been a phenomenon. Increased dependency on technology, if anything, increases the need to ensure that a company has an effective system of internal controls. Artificial Intelligence (AI) may well still be in its infancy, but its use will undoubtedly increase and at the same time there will be a need to ensure that there are appropriate safeguards in place. That is also why the current technology project being undertaken by the International Ethics Standards Board for Accountants (IESBA) is so important. The objective of the project is to enhance the IESBA Code’s provisions in response to the transformative effects of major trends and developments in technology in order to maintain the Code’s robustness and relevance as a cornerstone of public trust in the global accountancy profession.

Given the business environment in the UK and the fact that two out of three of the recent audit-related reviews recommended that the UK Government at least consider introducing something along similar lines to SOX, it came as little surprise when the Government proposed changes in this area in its recent consultation paper ‘Restoring trust in audit and corporate governance. Having set out what it sees as the three options (there are of course at least four, however “do nothing” is noticeably absent) the Government’s preference is for a model that appears closer to that in Canada (CSOX) than that in the US. This undoubtedly has its advantages, which include placing greater focus on the board of directors’ responsibility for ensuring that an entity has an effective system of internal controls whilst not putting the full regulatory cost of the SOX regime on to UK businesses.

As with all things, however, it is not just the costs that have to be considered but the related benefits. These may be harder to quantify but the US experience has shown that companies subject to the SOX regime generally have a lower cost of capital. Also, if one speaks to those who have been subject to the US SOX regime (e.g. directors of a UK company with a dual listing in the US) they are generally supportive of the approach despite many having initial concerns. Speak with an auditor of a US public company and a common response is that they do not understand how a company of this nature can be audited without adopting an integrated audit approach.

Regardless of where we end up following the current consultation process, it will almost certainly not be the end of the debate. With ever-increasing investor focus being placed on non-financial reporting, it will only be a matter of time before directors’ attestation on internal controls is broadened considerably in scope, with or without external assurance being mandated. Indeed, at least one UK FTSE company has already included the following statement in its annual report.

“The Board has concluded that the Group’s risk management and internal control systems are effective.”

It may currently be an outlier in its level of transparency, but over time it will be seen as a visionary. The focus on internal control is here to stay. The recent reports of failures in internal control over financial reporting and revenue recognition at the French IT group, ATOS, only serve to highlight the importance of getting this right. The reaction to the Deliveroo IPO appears to indicate that UK investors favour a stronger and more equitable corporate governance approach. Ensuring that there is an effective system of internal controls within a company is at the heart of that. 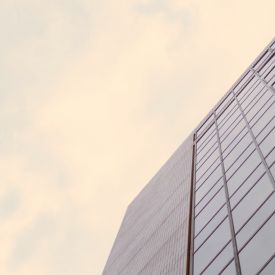 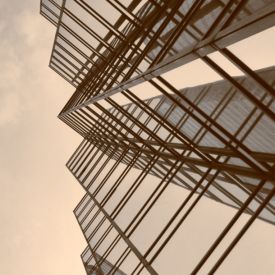